Was there a moment that you remember when you knew that you wanted to be a winemaker?

In 2006 I took a year off school and decided to work harvest then travel.  I was kind of at a point of existential crisis.  I had just worked two years at a winery, but I was studying Environmental chemistry. Despite loving working in wine production, I wasn’t for sure that a career in wine would provide the sort of meaning that I was looking for in work.  I was 22 I still wanted to change the world and let’s face it I’m not saving lives by obsessing every waking hour about wine.

I spent 3 months in New Zealand that spring backpacking, visiting wineries, and being a general waste of space.  It was everything I had hoped it would be!  The wines and culture inspired me.  I think that was when I learned how powerful wine can be at connecting people.  That was the moment that I decided that I was going to lean into a career in wine production.

What was your first wine job? How did you end up in Oregon at Grand Moraine & Zena Crown?

My first job was at a small winery called Coeur d’ Alene Cellars in Coeur d’ Alene Idaho.  I was their second employee, I think.  I helped with everything in the cellar – which I knew absolutely nothing about beforehand.  The only reason they hired me is because I got a recommendation from my Chemistry professor telling them that I could run a lab.

I left there after the 2006 harvest.  Traveled.  Went to WSU got a degree in Viticulture and Enology (Go Cougs) while working as Assistant Winemaker at a winery called Merry Cellars in Pullman.  Graduated in 2008.  Moved to Canada to be a Winemaker at Burrowing Owl Estate Winery.  Got the travel bug again.  Worked harvests in Western Australia, Sonoma, The Hunter Valley, Western Australia (where I met my future wife), Israel, Western Australia, then back to Sonoma (where my wife is from) in 2011.  In Sonoma I got a job working for La Crema.  When I was at La Crema, Jackson Family Wines bought property up in Oregon and I was asked if I’d like to move to Oregon to make wine for our new wineries Gran Moraine and Zena Crown in the Willamette Valley.  Of course, the answer was an emphatic yes!

Can you share more stylistically about Oregon Wines and how they compare in flavor to a similar varietal (say Pinot Noir) made in California as they definitely have different flavor profiles on the taste?

I think the best and most succinct way that I can describe Willamette Valley Pinot Noir, in general, is that it is like they have one foot in America and one foot in Europe.  Many have very expressive fruit aromatics that one would often conclude as new world on a tasting grid.   At the same time, Willamette Pinot Noirs are svelte, they often exhibit more grace than power, they have bountiful acidity, and are generally lower in alcohol and have more tertiary flavors that most other new world wines.

What is something you’d like to share about Oregon Wine Country that many consumers may not know or have a misconception about?

We’re only an hour’s drive from Portland!  And we’re an hour drive the beautiful Oregon Coast.  It’s my bohemian cowboy heaven.  Also, it doesn’t rain all the time.  Winter is very dark and wet, but summers are dry and sunny with mild temperatures.  We’ve got to have one of the most incredible summer seasons for human activities in the world.

As a winemaker you taste (and spit) lots of wine, what wine do you feel bad about spitting because you LOVE it so much?

The other day I was a part of a tasting of premier cru Burgundies at 9am.  A bit too early to begin drinking on a workday.  I made sure to bring the leftovers home to enjoy with dinner.  The other one I hate spitting is sparkling wine – I find it an unpleasant experience to expectorate.

Can you share more about the blending process for those who may not know how a wine blend is made?

It’s always important to be able to imagine what you are chasing in terms of flavors, textures, and aromas.  In this respect, it’s a lot like creating new recipes.  In my mind’s eye, I have certain attributes that I am looking for in each wine that we produce.  We get there by a lot of trial and error and blind tasting.  We taste potential component blends blind – often around 30-60 – we take copious notes.  Then we get out the graduated cylinders and beakers and start mixing what we think is going to take us where we need to go.  We bottle and hold each blend overnight and then taste them blind the next day, rank them by preference then start over.  Sometimes this process can take days to weeks to blend a single wine.

Once when I was working the night shift at a largeish winery in NSW Australia I accidentally blended 20 tons of Chardonnay and 20 tons of Semillon into a 40-ton press.  I still think about how I could never apologize enough to the winemakers and owners of that facility.

The people at Coeur d’Alene Cellars my first job in wine were amazing.  Over two years they taught me so much about wine and life, they inspired me to really dig into the world of wine, to travel, and to trust that I had a smart palate.  Since that first day of work when I was barely 20 wine production has been the only trade I’ve been a part of.

What is your favorite after-work?

It really depends on the time of the year.  During harvest – cheap, slightly bitter beer.  In winter I’m drinking a lot of Champagne and more robust reds.  Come spring, rosé, Pinot Noir, Chardonnay. Summer is white wines, rosé and bubbles.

What is your favorite local spot in Oregon? Portland?

This is pretty easy – but it’s certainly more than one!  In McMinnville it’s Heater Allen for beer (they open their brewery a couple of days a week and their beers are truly classic).  For a cocktail, it’s hard to beat Thistle or Nick’s Backroom.  For a good hang, the new Mac Market is super cool.

In Portland, I think my favorite spot has got to be Slow Bar.  It’s a kind punk/metal bar with incredible burgers, steak frites, salads etc.  But the wine list! Great by the glass and an absolutely killer reserve list if you know to ask.

I’m kind of a loner.  I grew up on a dead-end road on a farm in the middle of nowhere.  The nearest town was 5 miles away called Weippe Idaho with a population of 500.  Apart from my younger brother, there were never really other kids around and there was always work to be done.

I’m married to an introvert, so we are pretty much killing this social distancing thing. 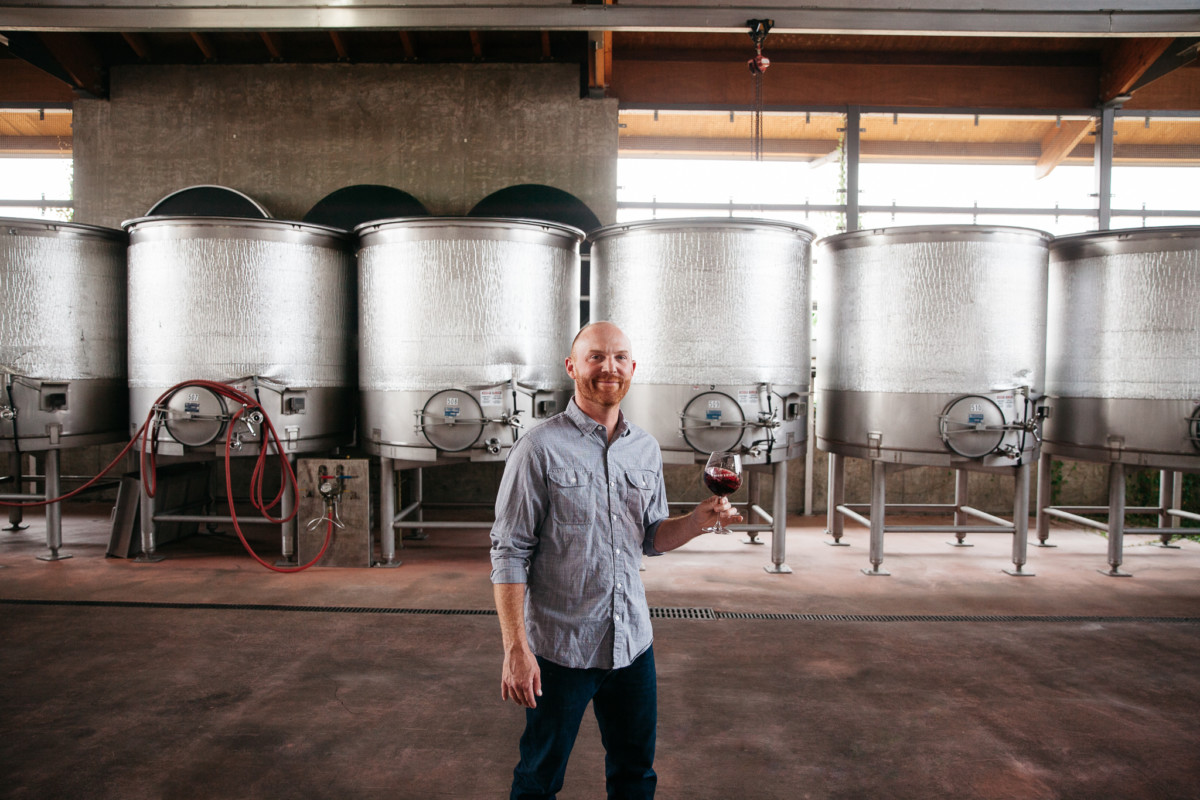