During our Road Trip from California to Kansas City we drove through Texas and visited Cadillac Ranch, a well-known site along Route 66.  I learned during our visit that visitors are allowed to spray paint the cars (who knew!). So if you plan to add your artistic touch, come prepared with spray paint. The site is located in a cornfield facing Interstate 40 and will take about 10-15 minutes off your road trip. Be sure to check it out and see this spectacular American landmark.  Cadillac Ranch, Amarillo Texas. 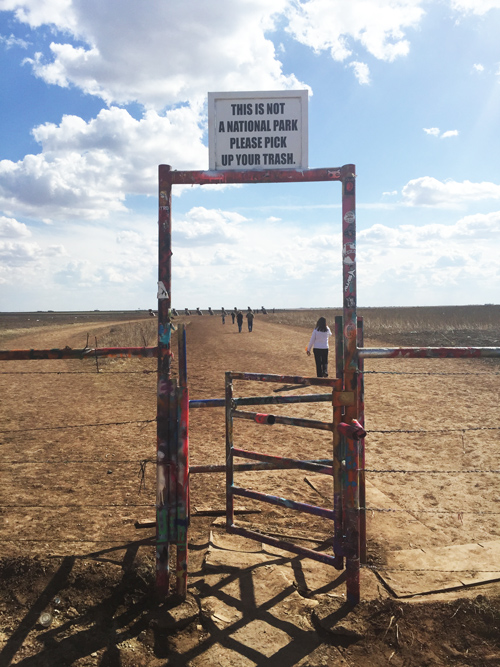 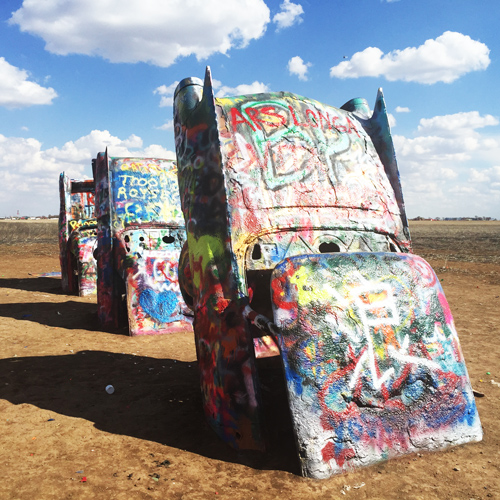 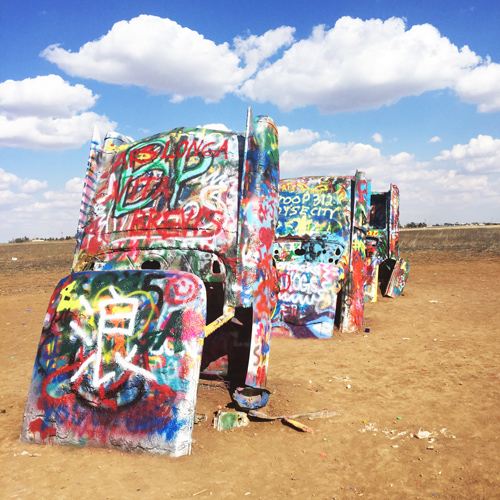 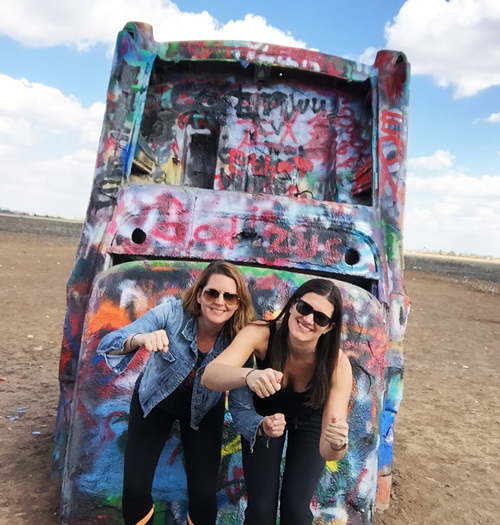 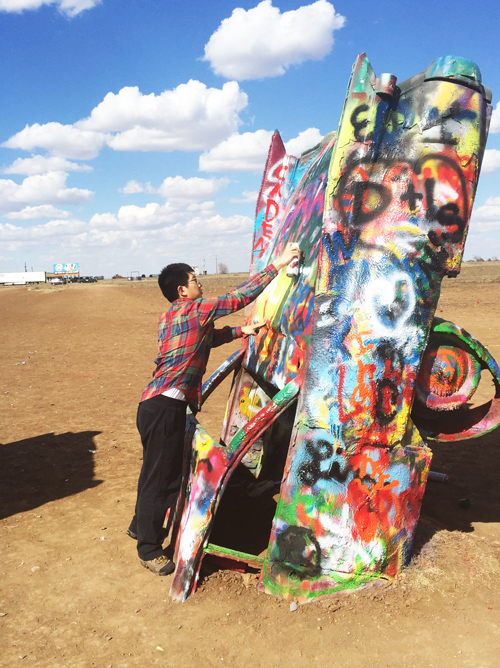 A visitor contributing his artistic touch to one of the Cadillacs 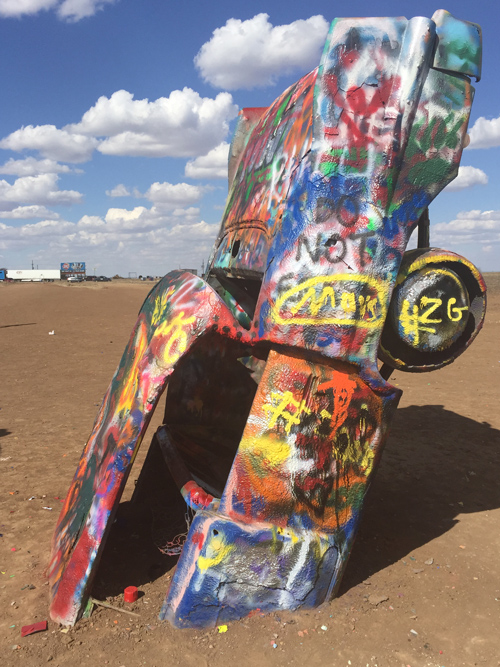 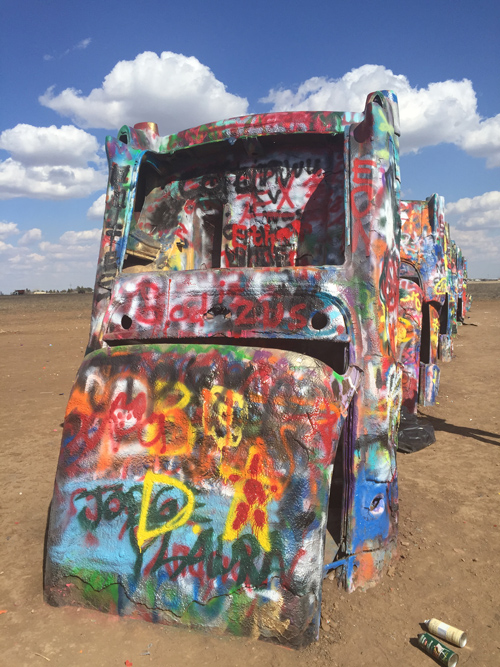 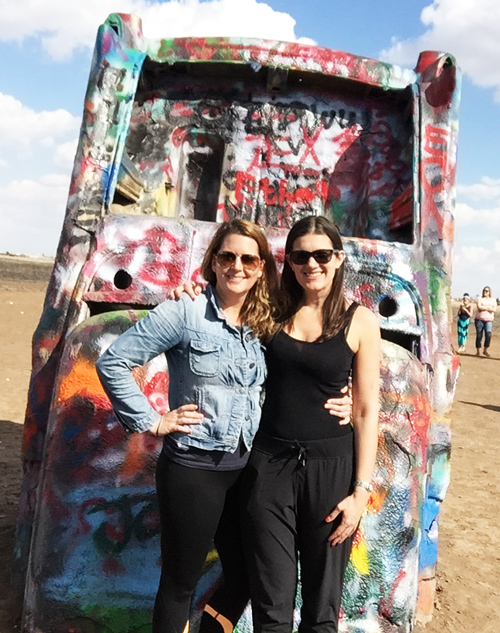 Some History about Cadillac Ranch:

Both sites belonged to the local millionaire Stanley Marsh the patron of the project. Marsh was well-known in the city for his longtime patronage of artistic endeavors including the “Cadillac Ranch”, Floating Mesa, “Amarillo Ramp” a work of well-known land artist Robert Smithson, and a series of fake traffic signs throughout the city known collectively as the “Dynamite Museum”.  As of 2013, Stanley Marsh 3 did not own the Cadillac Ranch;  ownership appears to have been transferred to a family trust sometime before his June 2014 death.

History of the Painted Cars

You can see Cadillac Ranch from the highway. But, because it is located on private land, you must drive along a frontage road, and enter the pasture through an unlocked gate. Visiting, however, is encouraged.  In addition, they now encourage writing graffiti or spray-painting the vehicles. And, the vehicles, which are no longer their original colors, are wildly decorated.

They periodically repaint the cars with various colors. Once, they were completely white for the filming of a television commercial. Another time, they were pink in honor of Stanley’s wife Wendy’s birthday. And, yet another time, all 10 cars were dark black to mark the passing of Ant Farm artist Doug Michels. Sometimes, the cars are completely plain to provide a fresh canvas for future visitors.

In 2012 the cars were rainbow to commemorate gay pride day. The cars were briefly “restored” to their original colors by the motel chain Hampton Inn in a public relations-sponsored series of Route 66 landmark restoration projects. The new paint jobs and even the plaque commemorating the project lasted less than 24 hours without fresh graffiti. Description courtesy of Wikopedia.com.

Route 66 California To The Grand Canyon