The Iconic San Francisco Hotel Continues to Defy Convention and Celebrates its Centennial with a Birthday Bash, New Cocktails and Revamped Uniforms in the Legendary Redwood Room

Having been in San Francisco almost three years I’ve gotten to know many of the local hotels and the Clift Hotel is really an iconic hotel with deep San Francisco history.  This month the Clift is celebrating its 100th Birthday and I was invited to join in the celebration experiencing their Redwood Room Bar’s new Cocktail Menu as well as join in the other fun and festivities they have planned.  Below you’ll find more about the Clift Hotel’s history and see what cocktails I had the pleasure of enjoying at last week’s press preview event. You can also enjoy the cocktails when you visit the Clift’s Redwood Room Bar. I recommend you pair a cocktail with one of their delicious bites. You’ll see what I tried and enjoyed below! Stay tuned for more about the Clift’s Cocktail menu in my upcoming San Francisco’s Top 10 Cocktails post……

(SAN FRANCISCO, May 28, 2015) – A century ago San Francisco was reborn from the ashes of the 1906 earthquake, reinventing itself by hosting the World’s Fair and drawing upon the most innovative architects and entrepreneurs of the time. CLIFT was born from those ashes and remains 100 years later as a cultural hotbed leading the ever-evolving city of San Francisco into the next 100 years. On Thursday, June 4, 2015, the iconic hotel celebrates its centennial with a birthday bash that will pay homage to its past and offer a glimpse into its future.

The rich history of CLIFT has always been fueled with innovation. Billed as the first earthquake-proof and fire-proof hotel, CLIFT officially opened in 1915 and was originally commissioned to accommodate visitors to the World’s Fair. It was here that the Silicon Valley was born in 1957. Members of the Fairchild Group, also known as the “Traitorous Eight,” held a secret meeting at CLIFT to create one of the first semiconductor device companies in the Bay Area. Today, as a Morgans  OriginalTM, CLIFT is still the place where rebels, innovators, and creators go to meet, relax, and define tomorrow.

“For 100 years, CLIFT has offered guests something unique and truly special,” says Michael Pace, CLIFT General Manager. “From the iconic events in Redwood Room to our packages and amenities, CLIFT continues to be a relevant source of inspiration for those who are drawn here.”

Paying homage to the hotel’s rich history, CLIFT will celebrate its centennial throughout 2015 with the following promotions and events:

CLIFT Hotel Redwood Room will host a centennial celebration on Thursday, June 4, 2015. Open to the city, the event will feature entertainment from local artists and special surprises will be revealed throughout the night including new uniforms for Redwood Room staff created by local designer Sarah Liller. Guests are invited to enjoy libations, bites and live entertainment from8 p.m.-2 a.m. and 15 percent of all cocktail proceeds generated during the month of June will benefit the California Historical Society. To RSVP click here. 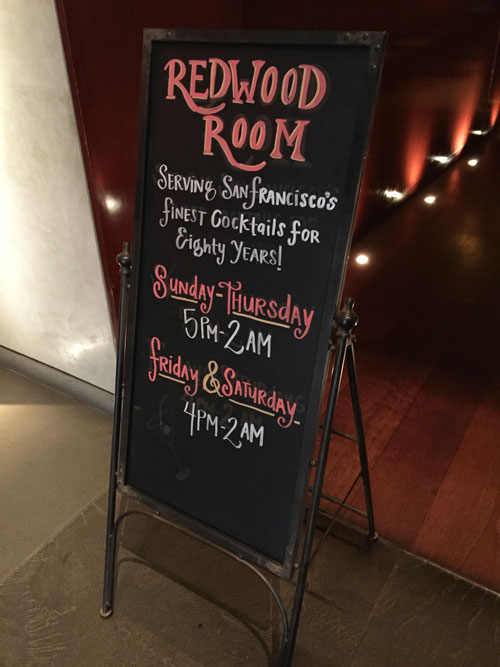 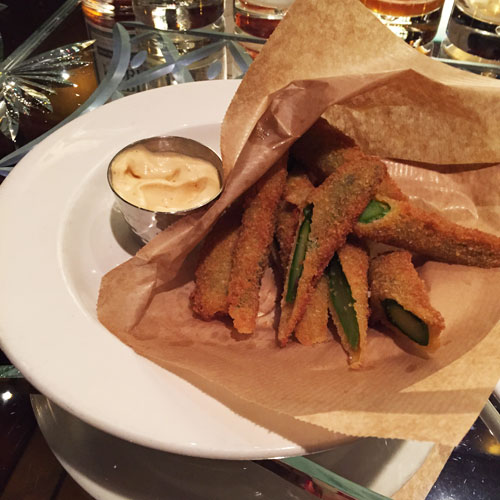 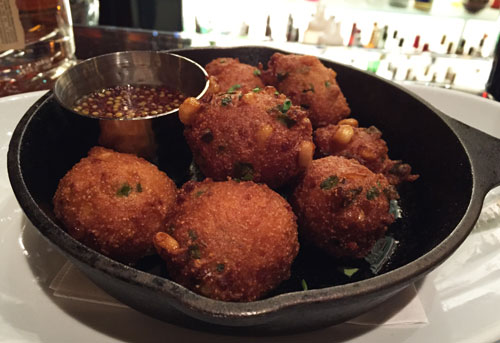 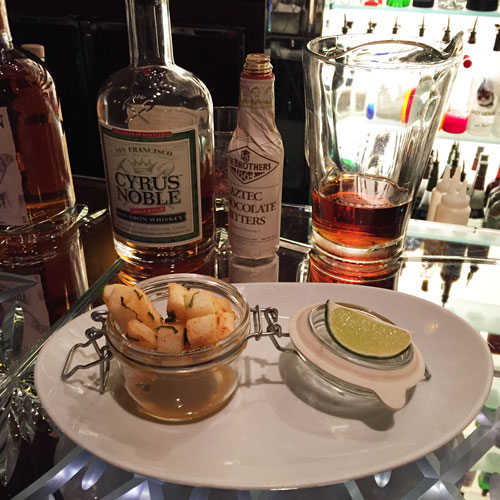 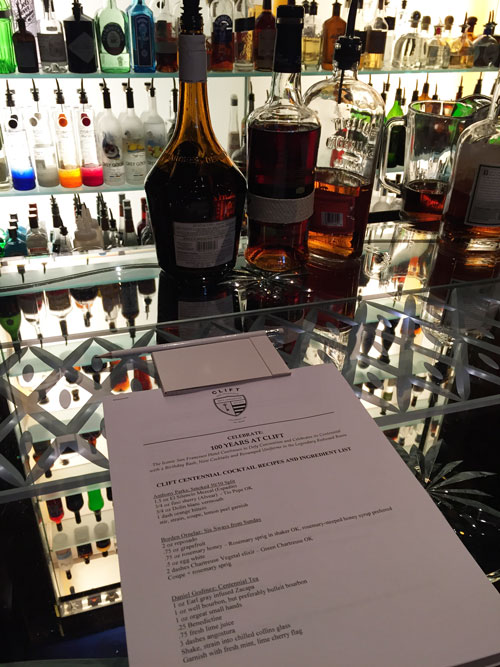 The cocktail menu and ingredients included in our Press Preview Tasting

CLIFT has partnered with some of the city’s best bartenders to create cocktails exclusively for Redwood Room. The new cocktails will be offered as part of the regular drink menu and will be unveiled at the centennial party on June 4. Local mixologists who have partnered with CLIFT and shared their newly concocted libations include: 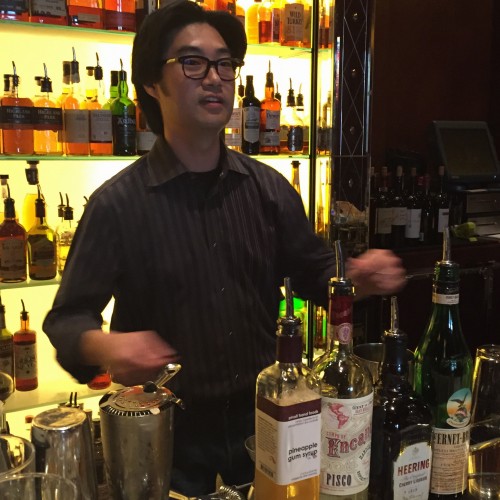 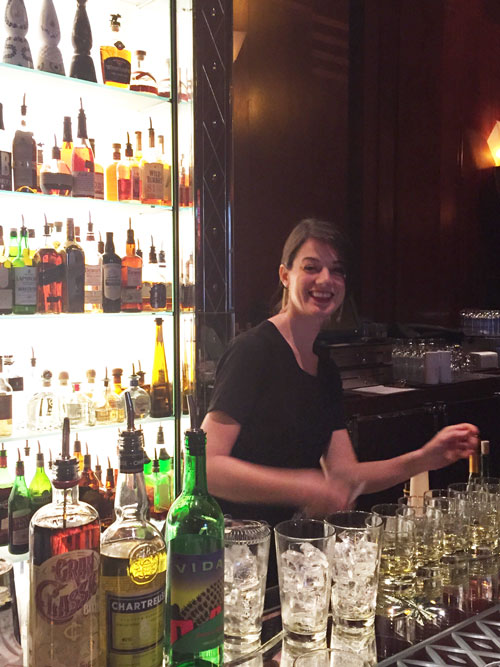 Such a treat seeing such a lovely lady behind the bar. The guys are great as well, I just love meeting smart successful women in the industry!

Nora hard at work mixing away!

Mauricio Arce of Asiento – The Chair (shown below) 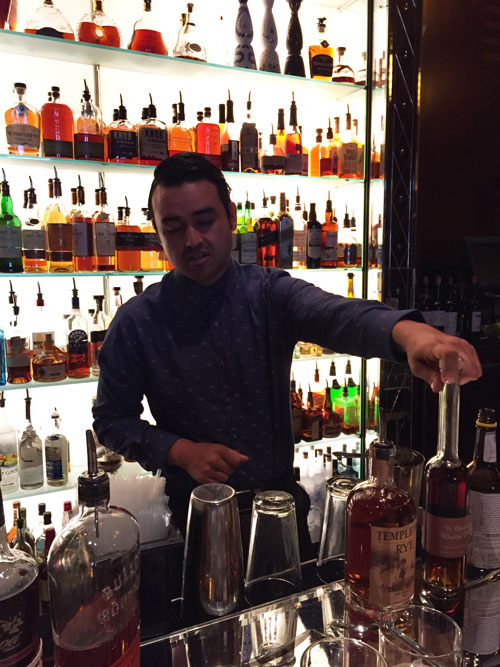 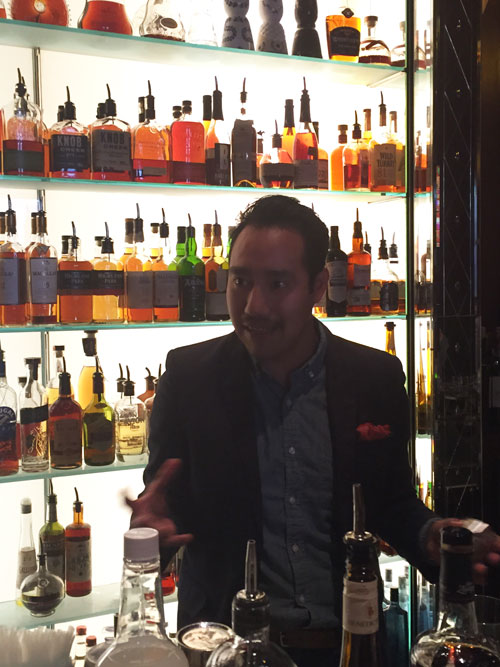 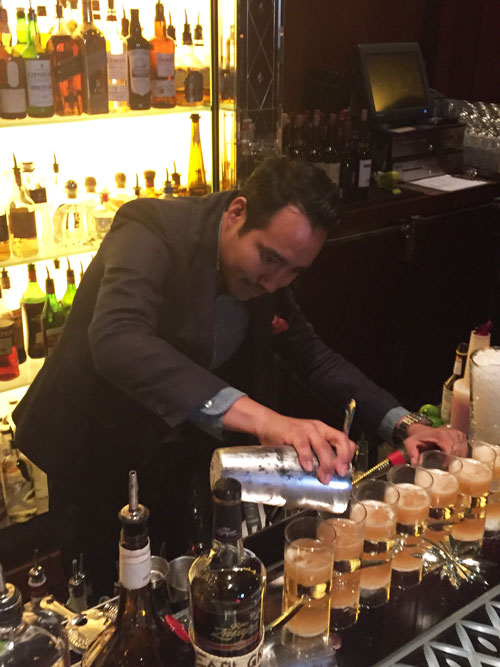 Borden Ornelaz of Bergerac – Six Sways to Sunday (shown below) 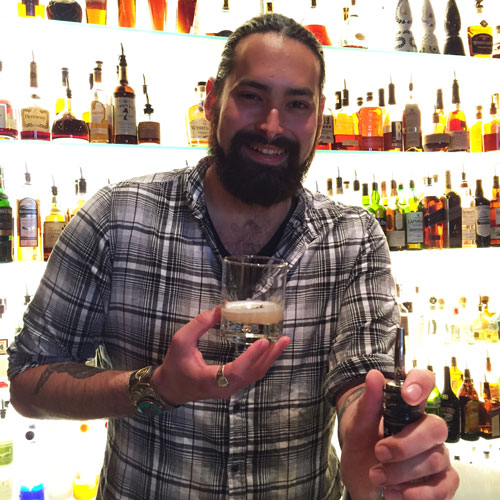 Borden Ornelaz sharing his delicious creation with the group 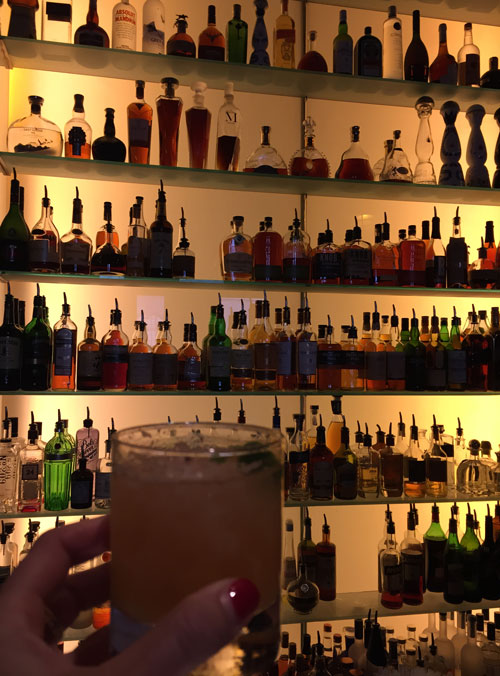 Cheers to the Redwood Room and their amazing new cocktail menu. I can’t wait to return and enjoy some more of the fabulous cocktails!

In celebration of CLIFT’s 100th birthday, the historic hotel will offer a centennial package through the end of the year including 20 percent off suites, one centennial cocktail per person, and an exclusive behind-the-scenes tour to learn about the deep-seated history of the iconic property. The package offer is valid until December 31, 2015 and guests visiting during the month of May will receive a complimentary in-room movie. For more details and booking information click here.

In an effort to give back to the great city of San Francisco that CLIFT has proudly called home for the past 100 years, the team is launching a “CLIFT Cares 100” initiative at their centennial celebration on June 4.  Their goal is to support local charities each month for the rest of 2015 and the CLIFT Cares 100 program will focus on making the following donations:

October – 100 coats for the homeless

To keep the momentum going, CLIFT will continue to host several events to celebrate this milestone anniversary until the end of the year including an ongoing music series and tech events that promote the pioneering change within the Silicon Valley and surrounding Bay Area. For more information on upcoming events, please click here or follow CLIFT on Facebook, Twitter, and Instagram.