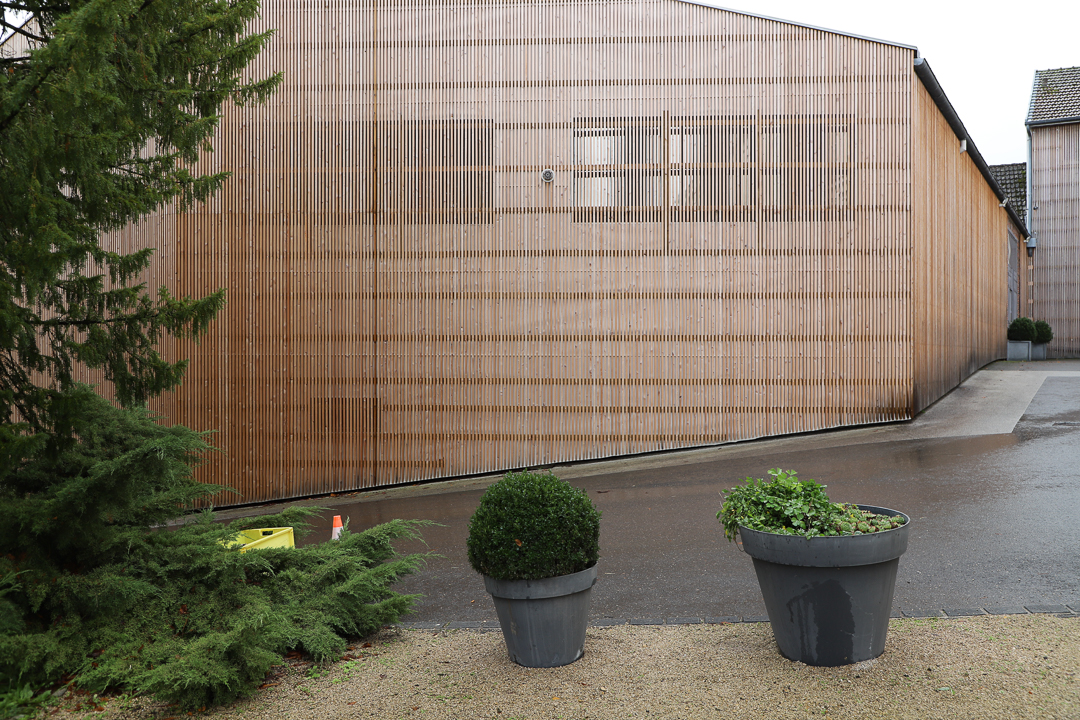 Upon first planning my visit to Champagne (or I should say, the Champagne region of France which includes many other regions such as Reims, Epernay, and Avize, situated in the Côte de Blancs), I never thought in my wildest dreams that I would get the opportunity to visit and taste at Selosse Winery. After coordinating my upcoming media itinerary with The Comité interprofessionnel du vin de Champagne and expressing interest in visiting Selosse, I was thrilled when they confirmed my schedule including a visit to Selosse.  Read more about this spectacular, once in a lifetime tasting I enjoyed below…. 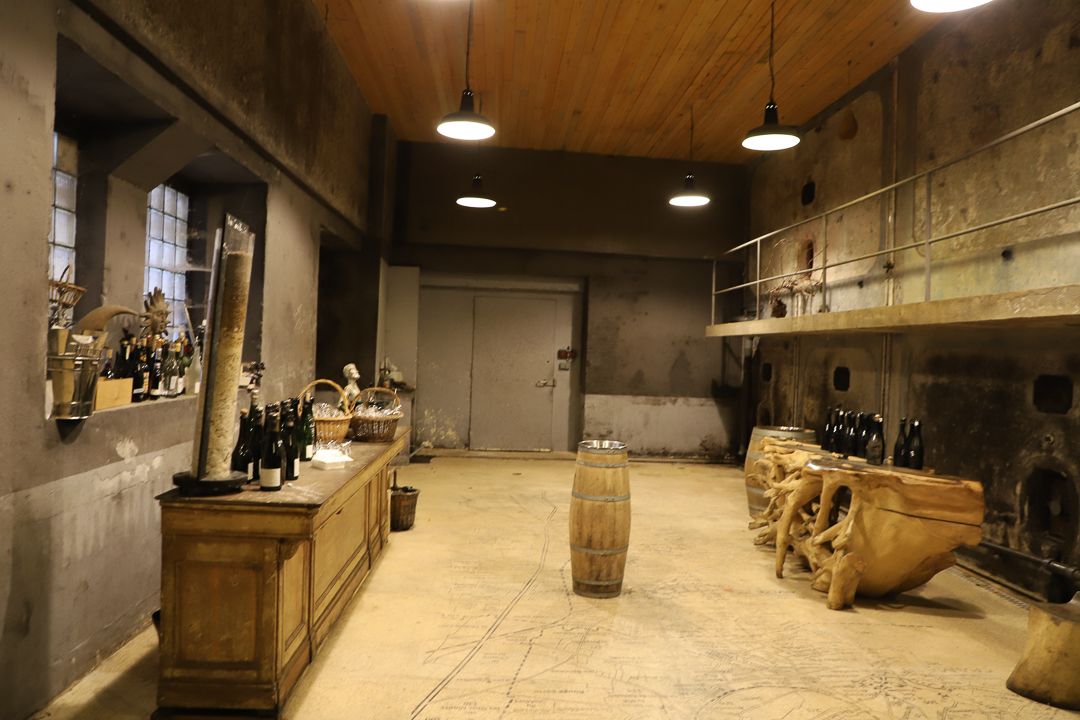 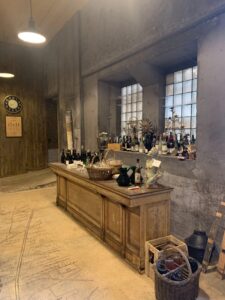 Upon arriving at the Domaine Jacque Selosse I was surprised at the minimal rustic interior of the winery. I didn’t quite know what to expect, but after reading extensively about Domaine Jacque Selosse and continuously reading that it is considered one of (really, the highest-rated) Champagne Maison in France I wasn’t quite sure what to expect. Maybe something very grand and fancy? Well, I was pleasantly surprised to find the winery, more low key than I had imagined in my head. Yes it had a very real, down to earth, unostentatious vibe to it which I immediately was attracted to. 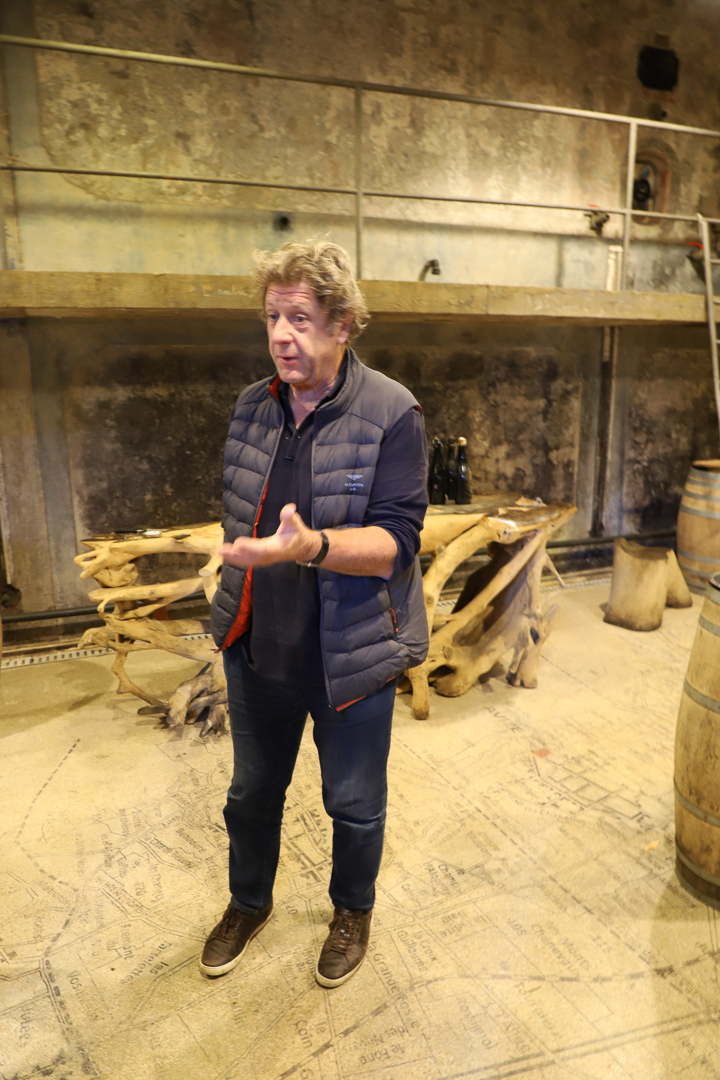 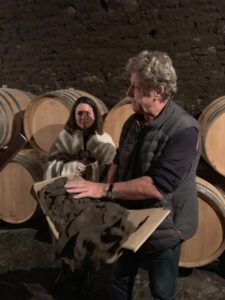 We were welcomed by winemaker Anselme Selosse who spoke to us about an hour to an hour in a half (all in french). This was quite funny as another guest was super helpful translating to us in English what Anselme was saying.  However, it wasn’t until the last thirty minutes of the visit when he began speaking English did I learn he also speaks English. Pretty funny that the first hour was all French then we learned he does speak English.

Anselme is the son of Jacques Selosse, who founded Selosse in 1950 creating a reputation for excellence and perfection. His son Anselme, has been running the Maison since 1980 promising to take the Maison to new heights while honoring the work his father had done at the same time, growing the winemaking style to new heights with Anselme’s winemaking training. Anselme trained in Burgundy under the stewardship of the great estates of Coche-Dury and Leflaive, which instilled in him a sense of the vital importance of terroir and viticulture.

Since the 80’s Anselme has instilled radical changes at Jacques Selosse reducing yields and committing to chemical-free farming.  Unlike most Champagne houses, he uses oak in all stages of fermentation and aging of his wines. After meeting him in person it’s evident that he’s not afraid to challenge the status quo in order to get the most beautiful and spectacular wines. Watching him speak about his wines was as if you were listening to an artist explain his work of arts. It was even more evident listening in French (which I understood about 25% of) as you can see his passion and love for his profession as he leads a tasting (regardless of understanding the language he’s speaking, his body language told the whole story). 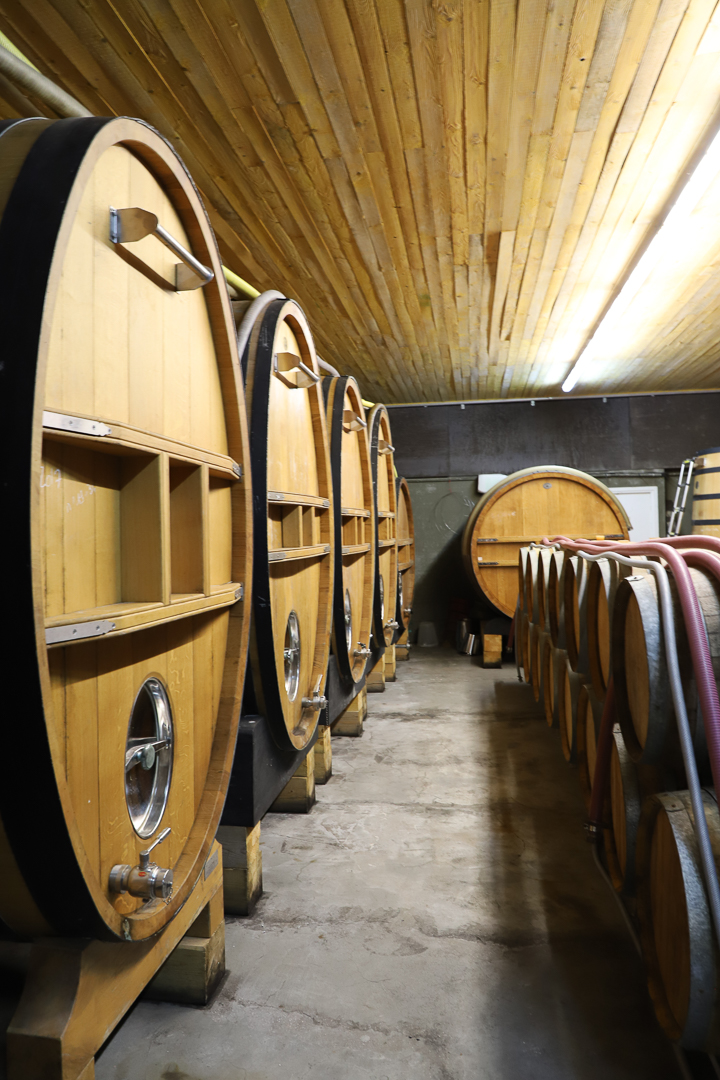 What makes Jacques Selosse wines so spectacular and out of this world?

The main premise is to make profound Champagne you must start with great fruit!  When Anselme Selosse was sharing this concept in the 1970s the idea was revolutionary. At the time the grapes going into most Champagnes were historically low in quality, the results of high yields and excessive use of chemicals. Anselme believed in a different approach after studying in Burgundy studying from Coche, Lafon and Leflaive. He believed not only in low yields and organic viticulture, he also believed in terroir. He was, in short, a heretic in Champagne.

Starting in 1980 when he took over Jacques Selosse, Anselme cut yields dramatically and stopped using chemicals in his farming. His focus was primarily on his vineyards, all grand cru vineyards in Avize, Cramant and Oger. 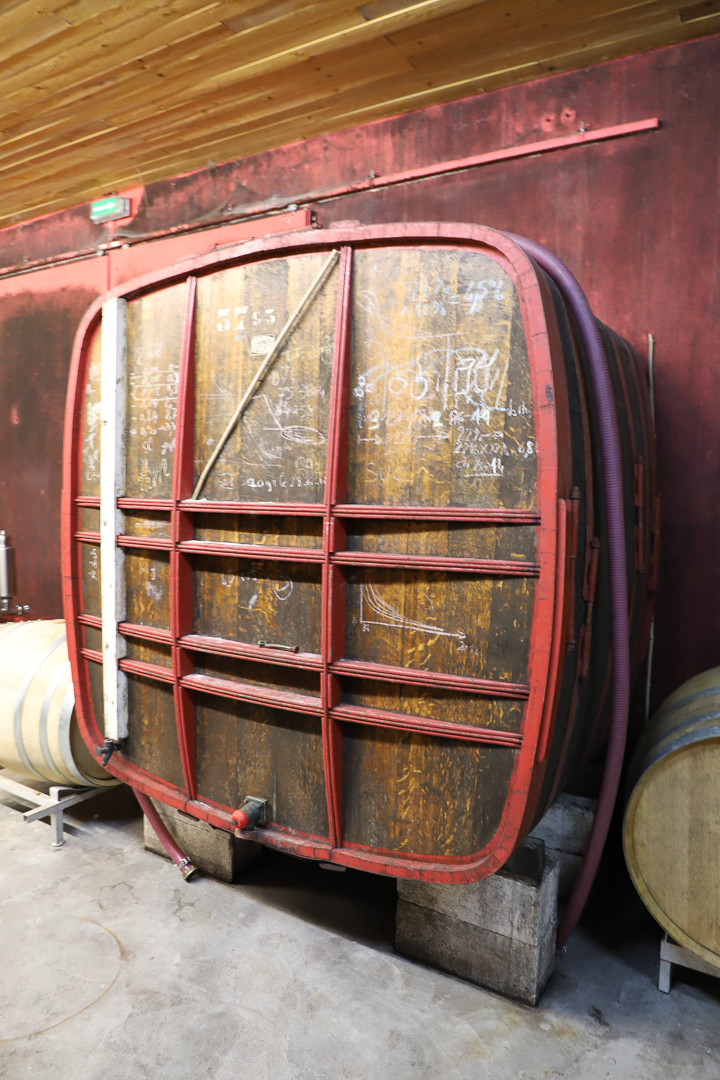 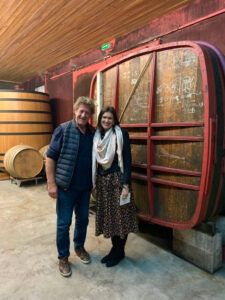 After our welcome and introduction, we toured the production facility including these gorgeous wood barrels. 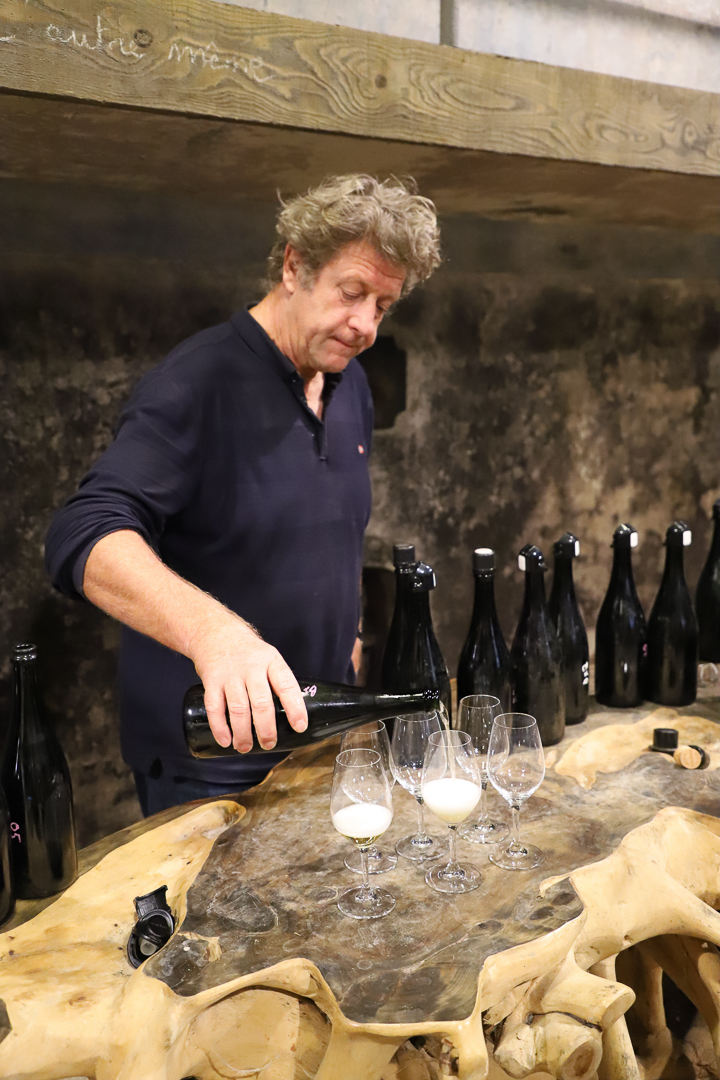 After the informative welcome and tour the fun began. We tasted 10 wines during this visit which is pretty hard to believe. Not only did I get to visit Selosse and try it for the first time in my life, I tried TEN of their exquisite vintages. They really know how to spoil their guests. 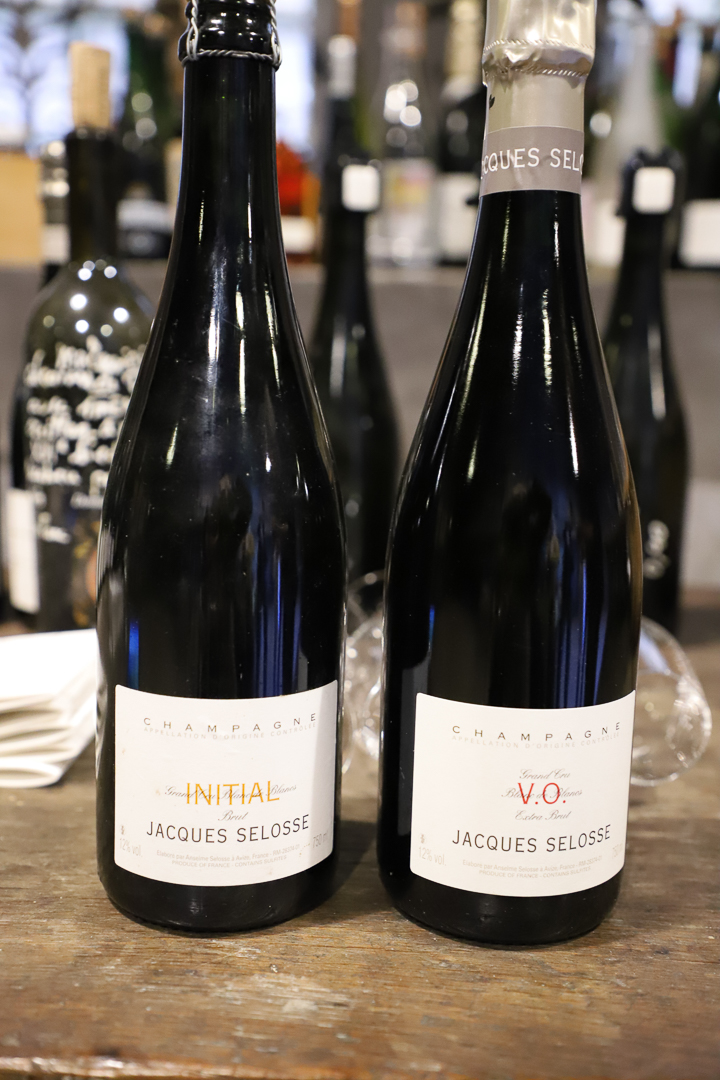 Tasting the Initial and V.O. 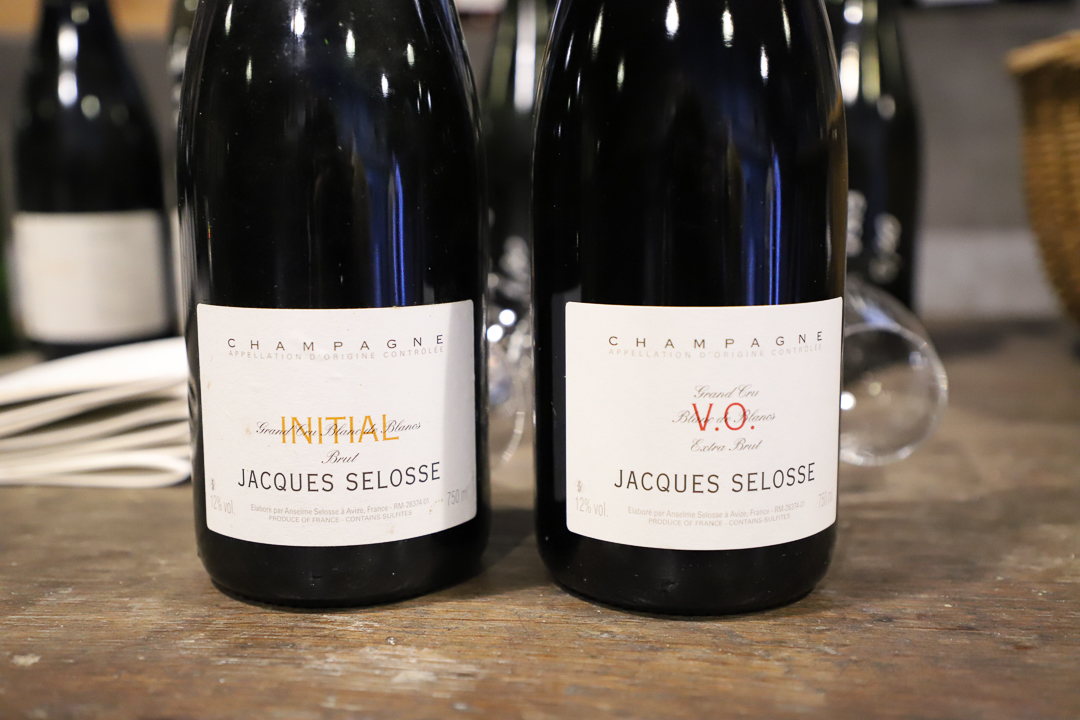 We were treated to a stunning lunch at Hôtel Restaurant les Avisés. See more of this amazing meal below.

The Best Spritzer's You Need For The Summer