The Jetsetting Fashionista Board of Advisors

The JetSetting Fashionista Board of Advisors is composed of experts in various industries that advise the J.S.F. on their field of specialty.  A special THANKS to the members of the Board for sharing their amazing knowledge, time and passion with the J.S.F.Your contributions are immensely appreciated, more than you will know and instrumental in the success and growth of the JetSetting Fashionista.

Thank you for your support, love and confidence in The JetSetting Fashionista brand. 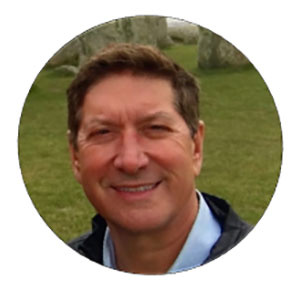 Joe D’Alessandro has served as President and CEO of the San Francisco Travel Association since July 2006.  In more than a decade of his leadership, San Francisco has seen visitation grow by nearly 30%, has cemented its reputation as a must-visit global destination, and has embraced a motivated, forward-thinking outlook on its future.

Major accomplishments of which Joe include successfully bidding for and hosting Super Bowl 50, which generated a positive economic impact of $137 million; launching the Moscone Expansion project, to be completed in 2018; and the development of San Francisco’s Tourism Improvement District. He also helmed San Francisco Travel’s Centennial Project, which rebranded and refocused the organization, charting an ambitious course for its next 100 years.

Joe has served on the executive committee of the U.S. Travel Association and the California Travel and Tourism Commission. In 2014, he was named the Most Admired CEO by the San Francisco Business Times. He lives in San Francisco’s North Beach neighborhood. 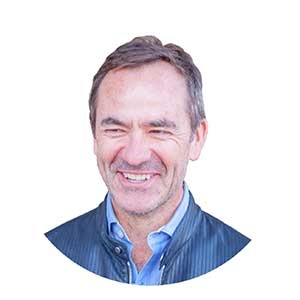 A master at understanding and reading contemporary culture, Adriano Paganini’s track record in both creating and exploiting trends, of identifying the right concept in a particular location, and his history of finding and preserving relationships with talented people are what have led to the success of the restaurants (Belga; Beretta; The Bird, Delarosa; El Techo; Flores; Lolinda; Starbelly; Super Duper Burger; Uno Dos Tacos) in his current San Francisco-based restaurant group, Back Of The House.

Adriano grew up near Milan where his father was a tailor. More interested in food than fabric, he enrolled in culinary school, and managed to become an apprentice to world famous French chef/restaurateur Paul Bocuse.

Adriano ultimately moved to London where he got a job cooking at the Hyde Park Hotel. He stayed for five (5) years honing his skills in the kitchen. When the Italian Ambassador gave a dinner for the Queen of England, Italian chefs from all over London prepared dishes. The Ambassador chose three of Adriano’s preparations and, at 24 years of age, he was placed in charge of Italy’s dinner for Queen Elizabeth. He also cooked for Margaret Thatcher, and cooked for Luciano Pavarotti.

Adriano moved to San Francisco, took over the kitchens at the Donatello Restaurant in the hotel of the same name. He then moved on to open his own restaurant in the Marina. However, cooking 6 nights per week at Café Adriano wasn’t enough.

In 1994, at the age of 27, Adriano Paganini opened the first chef driven full service fast casual restaurant in America. Pasta Pomodoro was the inspiration for the entire fast casual dining segment of the industry that spawned hundreds of concepts.

The Pasta Pomodoro concept was not only game changing for fast casual and casual dining in America, it was also wildly successful in its own right. Adriano built 46 units and ultimately sold the chain. 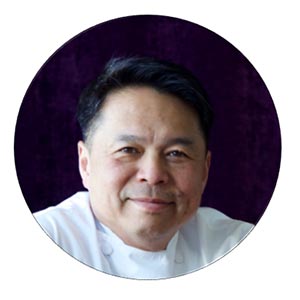 Charles Phan is the inventor of modern Vietnamese cuisine in America and Executive Chef and Owner of the Slanted Door family of restaurants. Born in Da Lat, Vietnam, Charles Phan and family relocated just before the fall of Saigon in 1975. They spent two years in Guam before settling in San Francisco’s Tenderloin and Chinatown. A former architecture student at UC Berkeley (and a one-time software salesman), Phan opened his first restaurant, The Slanted Door, on Valencia Street in San Francisco’s Mission District in 1995. It was quickly recognized for its unique Vietnamese flavor. The restaurant relocated from its original space to its current location in the historic Ferry Building in 2004. The restaurant recognized by James Beard Award Foundation as an Outstanding Restaurant in 2014. Phan’s current restaurants in San Francisco are: Out the Door, OTD, and Hard Water.

Charles has been featured on Food Network’s Iron Chef America and Mark Bittman’s How to Cook Everything. In addition to his awards and accolades, Phan is a leader in San Francisco food community and has participated in countless charitable events including Share Our Strength, Project Open Hands, Big Brothers Big Sisters, Make a Wish Foundation, Meals on Wheels, CUESA, Alex’s Lemonade, One Vietnam, 18 Reasons, Taste of the Nation.

In 2004, Phan won the James Beard Foundation award for “Best Chef: California”. Charles wrote two cookbooks: “Vietnamese Home Cooking” and “The Slanted Door”. Both of which won IACP Cookbook awards in 2013 for Chefs and Restaurants; and in 2015 for Photography respectively. 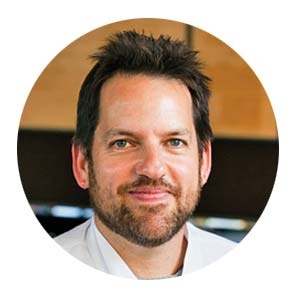 Chef Laurence Jossel got into the restaurant business as a teenager. By 18 he knew that food was his passion and enrolled at the Culinary Academy in San Francisco.  After graduating Laurence worked at La Folie and The Dining Roomat The Ritz-Carlton San Francisco.  He then helped open Kokkari, Chez Nous, and Chow, where he met Nopa partners Allyson Woodman (his now amazing wife) and Jeff Hanak. Nopa is a local neighborhood restaurant making amazing California cuisine with local ingredients and a focus on sustainability.

Laurence Jossel has become not only a Chef and Restauranteur that I respect and admire, but a friend. Over the past three and a half year that I’ve been in San Francisco I have gotten to know Laurence and his amazing restaurants,Nopa and Nopalito extremely well. Not only is Laurence a Chef, Restaurant owner, husband and father, he’s a leader in the San Francisco Restaurant community. Him and his team are constantly giving back by donating their time, expertise and ingredients to local philanthropies in need.  You can hear first hand about this on my interview with Laurence here.  Laurence and his team are some of the most generous Restauranteurs I know which is why I have asked him to be a part of the J.S.F. advisory board. Following Laurence’s lead, I hope to give back to the San Francisco community and those in need.  Thank you Laurence for your time, your passion, and sharing your amazing food with foodies and San Franciscans like me.  You are an amazing Chef, mentor and friend and The JetSetting Fashionista team is so lucky to have you a part of our Advisory Board. 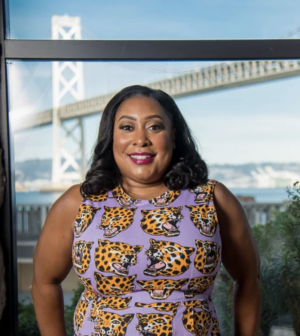 A lifelong lover of food who always makes restaurant reservations the first priority in vacation planning, Gwyneth has her dream job as the Executive Director of the Golden Gate Restaurant Association (GGRA). Prior to GGRA, Gwyneth spent 10 years at IBM as the Manager of Corporate Citizenship & Corporate Affairs. Gwyneth is also a Director of the San Francisco Municipal Transportation Agency and Commissioner, San Francisco Parking Authority.  Gwyneth has worked in the public, private and nonprofit sectors, and  is involved in a number of civic and philanthropic organizations.  She has received numerous awards for her leadership, including being named by the San Francisco Business Times as an Influential Woman in Bay Area Business in 2014 and 2015, and was previously recognized as an Industry Leader by Professional Business Women of California in 2013.

On almost any day, Gwyneth can be found in a restaurant, enjoying the culinary delights and libations on the menu.  And as a student of urban planning, Gwyneth spends a lot time thinking about what makes great cities, and enjoying what San Francisco has to offer. 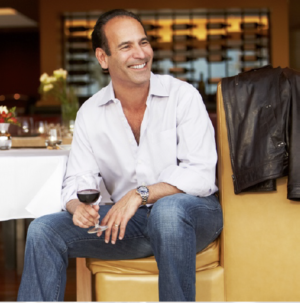 Scott Rodrick travels around the world, camera, notebook and taste buds in tow, spotting the latest restaurant trends and seeking out the next great chef. The successful restaurant entrepreneur and self-professed “foodie” gratefully acknowledges that the bridge to his F&B career started at McDonald’s. His father, Guy, was one of Ray Kroc’s original franchises and more than 50 years later, Rodrick carries on the family enterprise. His burger empire now generates more than $40 million per year in annual revenue and is one of the Golden Arches largest franchisees in Northern California.

Rodrick’s path to owning his own restaurants took a circuitous route – through Wall Street. Following his graduation from Dartmouth College, Rodrick became a mergers and acquisitions analyst at Dillon, Read & Company. It is there that he discovered a passion to become an entrepreneur. So post-investment banking, Rodrick moved West to San Francisco for a restaurant business opportunity and he has since called California home for more than 20 years.

Having worked in every facet of the restaurant business, today he spends 90% of his day mentoring up and coming chefs and restaurant talent at any one of the 36 restaurants that he owns throughout the country. Today, his restaurant holdings span from New York and Boston to Denver and San Francisco

Building on his understanding of the power of food brands and discovering a niche market in travel F&B, Rodrick co-founded one of the most successful restaurant development companies operating in U.S. airports today.

He loves to fly fish, play a not so consistent game of golf, explore the world with his family and walk his sweet labrador retriever, Bella. In his local community, Rodrick sits on the Board of Directors of the Golden Gate Restaurant Association, a local business organization that represents more than 350 restaurateurs. He serves as the association’s President. In addition to his executive role in his McDonald’s and Tastes on the Fly companies, Rodrick is a lead investor and/or advisor in F&B brands Live Fire Pizza, Ozumo, and Dosa.