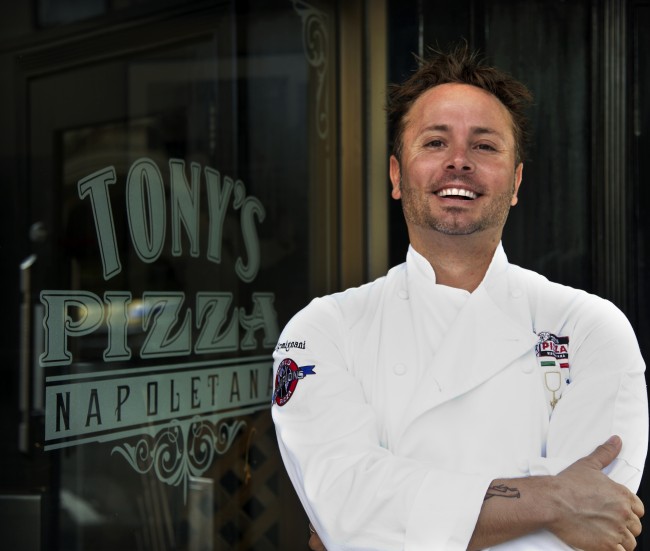 Any Pizza lover should know of Chef Tony Gemignani, the Chef and Owner of well-known restaurants including: Tony’s Pizza Napoletana, Capo’s, Tony’s Coal-Fired Pizza, Slice House by Tony Gemignani at AT&T Park, all in San Francisco; Pizza Rock in Sacramento and Las Vegas; and Tony’s of North Beach and Slice House by Tony Gemignani in Rohnert Park. He’s not only a restaurant owner he’s also been on various TV shows, as well as been given many culinary honors which you can read more about below…..

As a San Francisco resident and foodie I’ve been fortunate to dine at both Tony’s Pizza Napoletana & Capo’s.  After enjoying the amazing cuisine (as both restaurants offer more than just pizza) I reached out about interviewing Chef Tony to hear more the history of his career and his restaurants. Below you’ll find more about Tony’s background plus my interview with Chef Tony.

More about Chef Tony: Since 1991 Tony has been involved in the pizza industry. Since then Tony has won numerous awards including Best Pizza Margherita at the World Pizza Cup in Naples, Italy and Best Pizza Romana at the World Championship of Pizza Makers in 2011. Tony was the first American and non Neapolitan to win this coveted award in Naples.

Tony is the first and only Triple Crown winner for baking at the International Pizza Championships in Lecce, Italy; and, his most prestigious title to date, the 2007 World Champion Pizza Maker at the World Pizza Cup in Naples, Italy. In 2011 and 2012, he won two world titles in cooking, making him an 11- time world champion. 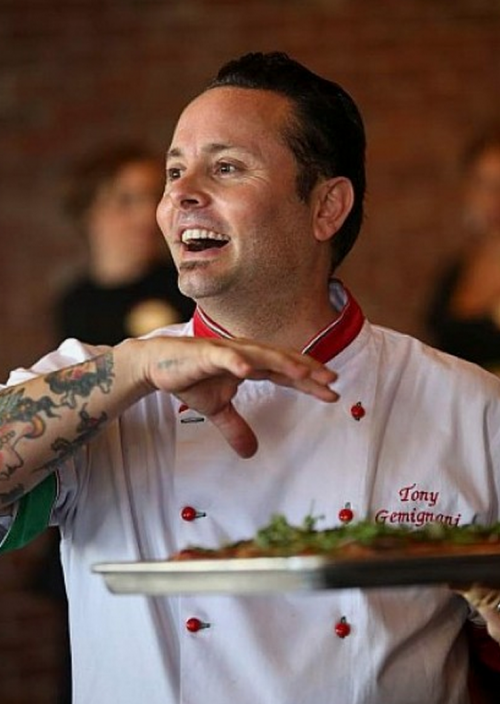 Tony is president of the World Pizza Champions, and an official U.S. Ambassador of Neapolitan Pizza by the city of Naples, a prestigious title only given to three people in the entire world. He is also the first Master Instructor in the United States from the Scuola Italiana Pizzaioli and is the proprietor of the International School of Pizza where he certifies chefs from around the world. 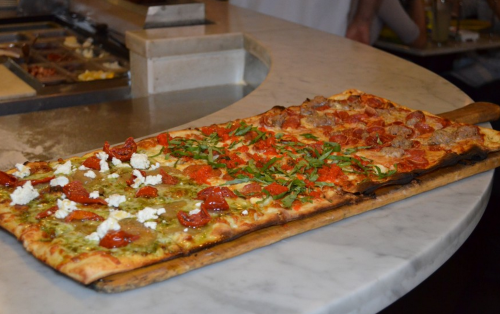 Where can you find Chef Tony outside of his restaurant’s: Tony has appeared on a number of  shows including Good Morning America, The Today Show, The Tonight Show with Jay Leno, and is a regular on The Food Network.  In an effort to share his talent and passion with aspiring connoisseurs, Tony collaborated with acclaimed cookbook writer, Diane Morgan, on his first cookbook PIZZA, which was showcased on Emeril Live and The Rachael Ray Show. Following the success of PIZZA, he wrote his first children’s book, Tony and the Pizza Champions, a fictionalized telling of a pizza team’s journey to compete in the International Pizza Lovers’ Competition.

Tony’s most recent book, The Pizza Bible is the world’s first guide to making all of the major pizza styles, filling a hole in the market and elevating the craft of making pizza to that of bread or charcuterie.  A comprehensive guide to making pizza, covering nine different regional styles—including standards like Neapolitan, Roman, and Chicago, as well as renowned pizza sub-specialties like St. Louis and Californian. 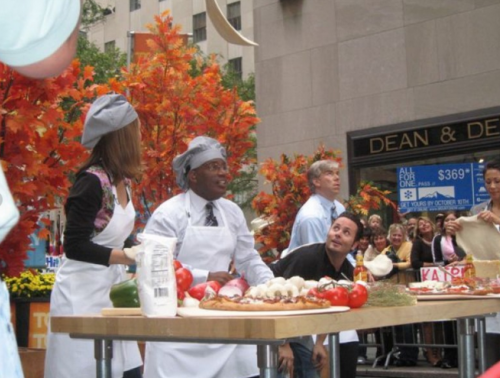 Chef Tony on The Today Show

How did you get into cooking and where did you first learn to cook? My mother. Coming home from school and watching my mother cook until my father came home from work.

When did you first know you wanted to be a chef? I always loved cooking. Even in High school, I took Home Economics courses. Back then I didn’t think anything of it and I won a Bank of America award for it. Then, quickly after high school I started working at my brothers pizzeria. I fell in love with it right away. I didn’t think I was going to be in the restaurant business and there it was right in front of me.

Why pizza? What made you decide to become such an expert at various types of pizza? Like I said, I just fell in love with it – I was 17 going on 18, it was 1991. I won several world titles starting in 1995, in two categories, pizza acrobatics and then in cooking. Now, I have 11 World Titles, 2 Food Network Gold Medals and 3 International Titles all under my belt. Through the competing, I was able to travel the world making pizzas (I did this for 15 years) and working with a lot of chefs and pizzaiolos. I learned different regional styles from the US and Italy. After I received my master credentials in Italy, from the Scuola Italiani Pizzaioli, one of Italy’s oldest pizza schools, I opened my own school – the International School of Pizza. And so now I can certify chefs. I’ve also written three books about pizza. So needless to say, this sort of unexpected love spawned a long-lived passion that has driven me to do a lot in the industry.

What is your favorite type of pizza and why? That’s like asking a father who is his favorite son!!! Lol! Right now my pizzas made with Ancient Grain dough are pretty high up there. It’s a recipe I worked on with six types of grains including ancient and sprouted grains and it’s honey malted.

How does it feel to be only one of three people world-wide to have been given the U.S. Ambassador of Neopolitan Pizza by the city of Naples? That’s was an amazing day in Naples. Here I was with a person representing Japan and a person representing Spain at this memorable event and we all cooked together. I had one of my pizza makers Audrey Sherman there cooking with me and I don’t think I’ll ever forget that feeling, it was awesome!!

What other cuisines do you wish to explore in the future either adding to your restaurant or pursuing to the extent like you have pizza (master instructor, pizza world champion….)? Anything Italian of course. Well, we do have non-pizza items and other specialty items on the menu. We make our pasta, case sausages in-house, hand-pull mozzarella, cut and dry-age our Florentine steak in-house. We also make several entrees as well so I definitely dive a bit deeper than pizza in my full service restaurants. Mexican food and hamburgers are also paths I’d love to go down….

Tell us something about yourself that most of your customers wouldn’t know? I wanted to be 3 things before becoming a chef (or at least I thought I would be) a Photographer, Fashion Designer, or maybe an Archeologist. I was really into Photography. I also collect antiques and am into Swing and Rockabilly – but maybe my customers know that about me. I collect a lot of things, actually, but mostly vintage comic books, baseball cards, watches, lighters and cigarette memorabilia. I also like collectible cars. I’ve had a few, currently it’s a  1950 Led Sled Merc.

Who has been your biggest role model during your career as a chef? I always think of my grandfather and his work ethic. He was a farmer and we grew up with him on his farm. We had over 30 acres in California. His was the hardest working man I knew.

What advice would you give to young aspiring chefs that you wish someone had told you? We are always trying to create what’s never been created. Young chefs tend to not understand tradition, or authenticity, and are always constantly trying to cook something new or “out of the box”. But the truest part about cooking, the foundation to learn, is that it’s really about simplicity and often making or recreating a classic dish that with a nearly 100 year history is sometimes one of the hardest things to do – so what it comes down to is (my motto) respecting the craft.