From the moment I moved to San Francisco I started hearing about SPQR, always that it was a must try.  SPQR is the sister restaurant to A16 SF, another favorite San Francisco restaurant I adore. You’ll find both restaurants on the Top 10 San Francisco Restaurant list. After visiting SPQR I immediately understood the hype. Their food is amazing, located in the most charming restaurant along Pacific Height’s Fillmore Street.  To read more visit my SPQR Restaurant post.  The restaurant is led by Owner & Sommelier Shelley Lindgren with Chef Matthew Accarrino overseeing the amazing Food.

After getting to know Chef Matthew over the years, most recently seeing him again at Pebble Beach Food & Wine and Napa’s Cochon Heritage Fire I was lucky enough to sit down with for an interview.  This will be a four-part video series, with part one below. Stay tuned for the upcoming interviews to be released in the near future!!

What makes Matthew so fabulous? His unique culinary style draws inspiration from his Italian heritage, personal experiences, and classical training with some of America’s best chefs, coupled with his embrace of the bounty of opportunities that California ingredients present. With a strong belief in direct sourcing, Accarrino endeavors to play a role in the growing and development of many of his ingredients.

What are some of the impressive awards Matthew and SPQR has won? Under his direction, SPQR was recognized with a Michelin star in the 2013, 2014 and 2015 guides. Accarrino has been nominated four times by the James Beard Foundation for “Best Chef: West.” Food & Wine named him a “Best New Chef” in 2014 and Food & Wine readers named him a “People’s Best Chef California” in 2013.

Where else can you learn about Chef Matthew? Chef Accarrino co-authored and released his first book, published by Ten Speed Press, SPQR: Modern Italian Food and Wine, in October 2012. This is the book so near and dear to my heart that I brought with me for our interview!

What is something you may not know about Chef Matthew? Matthew is an avid cyclist. So in love with the sport that he has collaborated with various brands and made a team jersey for the Racing Team Acca (shown below). More to come in the next interviews on Matthew’s biking and his cycling kits!! 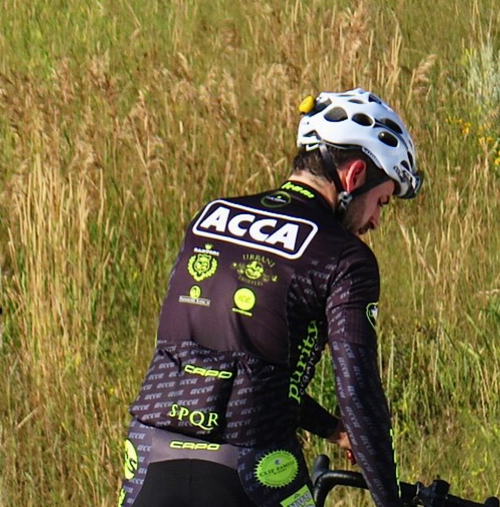 The Taste Of Petaluma This Weekend August 22nd