& Shadowing In The Kitchen

Having visited 4505 Burgers & BBQ a few times as a local to the area (I say that I’m a local since I’m in Nopa just as much as my real neighborhood, Pacific Heights) I met The Restaurant’s General Manager (GM) Trevor.  After chatting a bit and discussing their restaurant and how much I loved their food, I mentioned planning to write a blog post about them.  Somehow, the idea of a stage with me and their Chef came up. In case you’re curious, a stage is defined by Wikipedia as “an unpaid internship when a cook or chef works briefly, for free, in another chef’s kitchen to learn and be exposed to new techniques and cuisines”.

I was beyond thrilled to be doing my FIRST Stage with the infamous 4505 Burgers & BBQ Restaurant. I mean, was this really happening? It was a dream come true. Being the HUGE BBQ & meat-eating girl I am I was pumped. Remember, I am from the Midwest so burgers and ribs are staples to me.  Still to this day, every time I’m visiting our Indiana Dunes Lake house I insist on visiting Wagner’s for their delicious fall off the bone ribs.  And, not only was I going to get to stage, but my best friend Lindsay, aka The Lunch Belle now a Californian blogging as Beverly Hills Bites was in town visiting so would join too! She loved the idea so pretty quickly we had two food bloggers staging Chef Andrew.  A Chef’s dream come true! 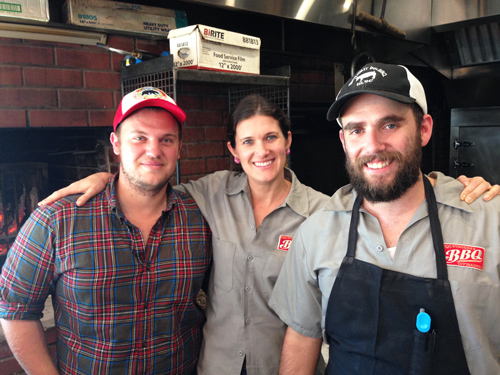 Trevor, me and Chef Andrew 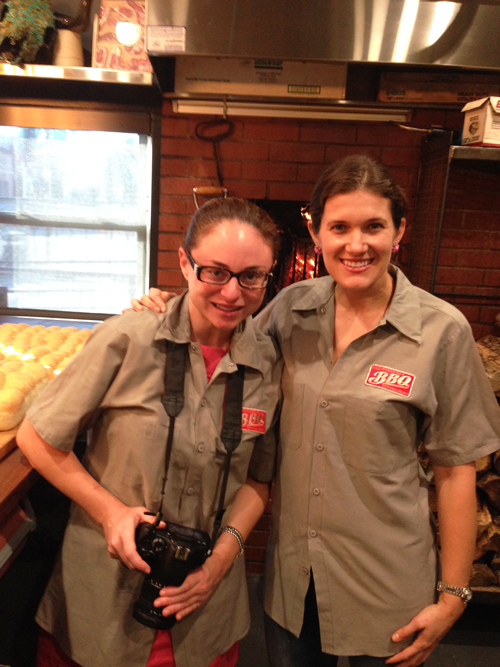 Lindsay aka The Lunch Belle  & Beverly Hills Bites & me

After a short Q & A with Andrew I learned that he comes from a Fine Dining background, having worked at Harry’s Roadhouse in Santa Fe. After meeting him as a Chef at a BBQ joint, I wouldn’t have guessed fine dining but that’s what makes it all so fun.  He’s originally from Oklahoma and grew up enjoying BBQ.  To him, he said BBQ is the most community oriented food and what reminded him of great family dinners. I loved this quote!

We also learned about the history of 4505 Meats and it’s Owner & Founder Ryan Farr who is a Kansas City native. Wahoo, I love my fellow Midwesterners especially KC folks! I learned that 4505 Meats Butcher Shop has been around since December of 2012. The company launched with one product, their lighter-than-air chicharrones, or “crispity clouds of porkaliciousness,” followed by their bacon-studded hot dogs. From there they continued to grow and now have a Butcher Shop, The BBQ & Burgers Restaurant, and Stands at Farmer’s Markets city-wide.  They also do extensive catering and pre ordering from their butcher shop which I’m using for my 2014 Friendsgiving Dinner. Look out soon for a post about The J.S.F.’s Friendsgiving Dinner with 4505 Meats!

Watch the video below of me with Chef Andrew and the team during my stage.

Chef Andrew outlined our agenda for the stage which included:

1. Prep & Season Pork Shoulder (this is done 5x a week or so depending on how busy they are) 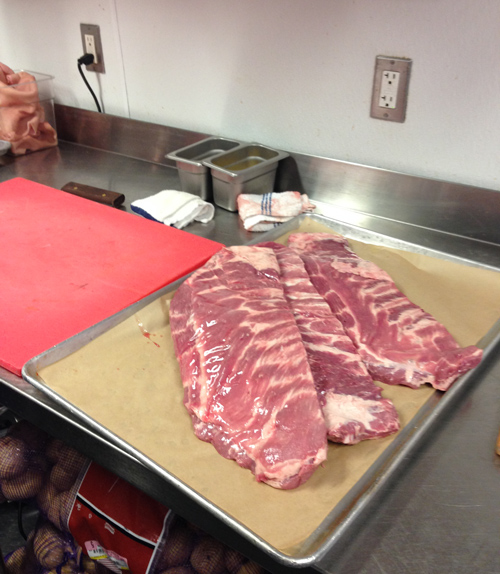 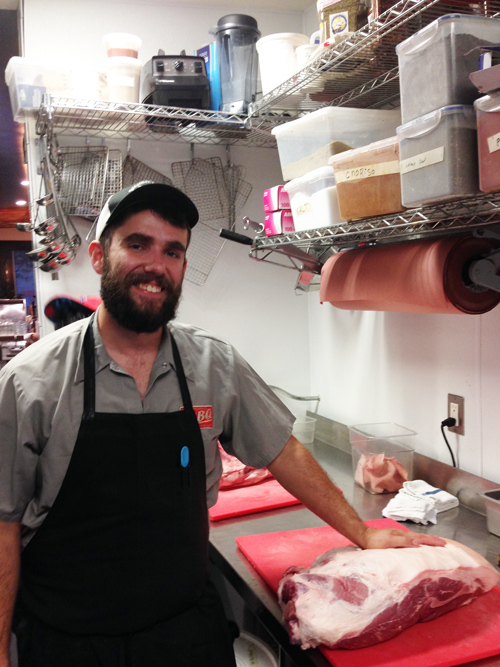 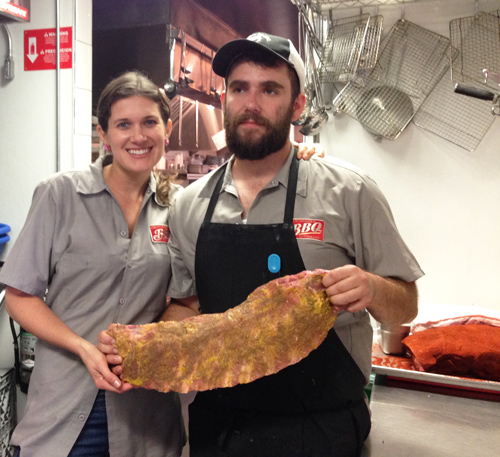 3. Visit The Pit where the Meats & Chickens are smoked. Learn the Chicken process with Chicken expert Jessie who is adorable and full of great information.  A few fun facts I learned from Jessie in the Chicken Pit:

– Their chickens all come from Mary’s Free Range Chickens

– Almost ALL of the chicken  gets used in some type of recipe… Wings are saved for “Wing Wednesdays”. Commissary uses the fried chicken skins. Bones used for posole and stock.

– 4505 Meats Chicken is BEYOND juicy, which I love and mentioned after sampling the chicken. I asked how they achieve this super juicy taste and learned they brine the meat helping  achieve the juicyness. Absolutely delicious! 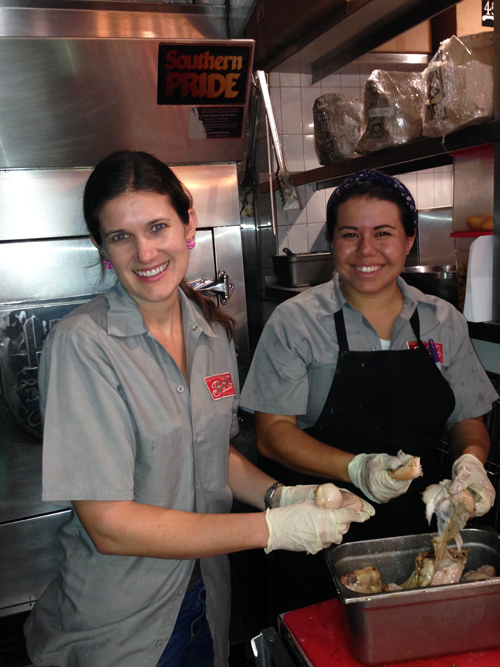 Learning the ropes in the Chicken Coup with Jessie 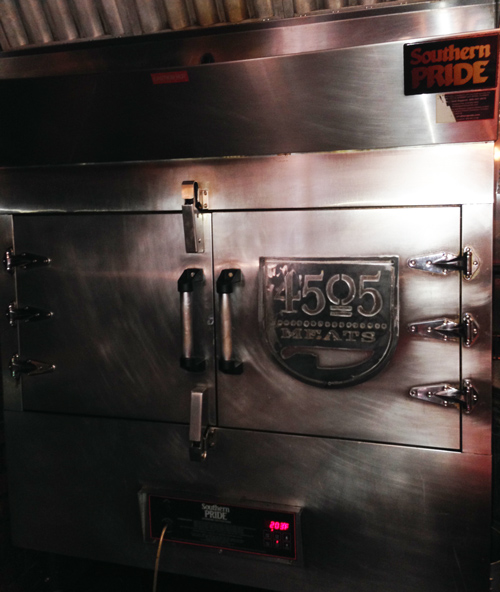 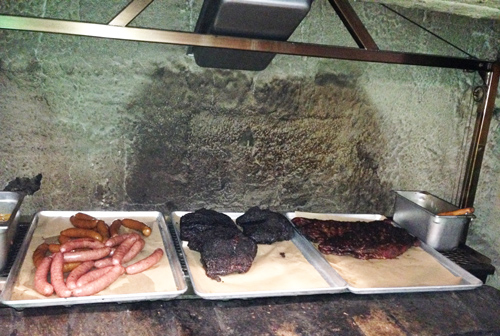 4. Listen while Chef Andrew gives team a Monday morning product training seminar.  This weeks topic was Roasted Chickens. He discussed where they were farmed, their premium meat quality and how the BBQ technique they used (along with all other reputable BBQ Restaurants) results in a “Pink Ring” around the meat. Some customers misunderstand and worry this means it’s undercooked, when really it’s just a sign of GOOD BBQ! 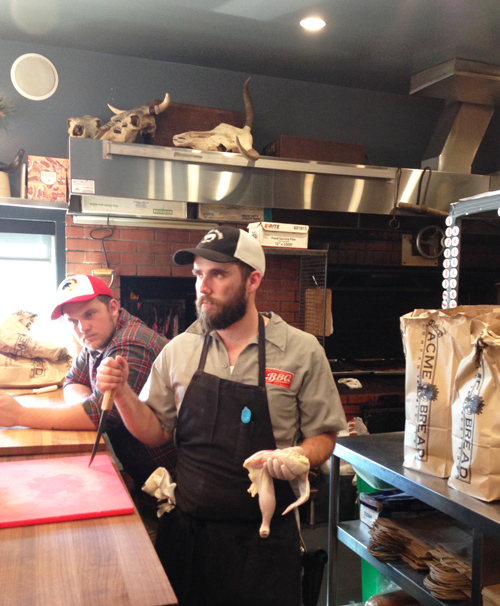 After spending our morning shadowing Andrew and his team there was nothing more that Lindsay and I wanted than some BBQ.  Remember, Lindsay had not yet TRIED 4505 Burger & BBQ so she needed to see what all the hype was about. Well she was SOLD, I knew she would be.  Lindsay loved it so much she decided to add it to her blog as one of her favorite things. Beverly Hills Bites Favorite things!! 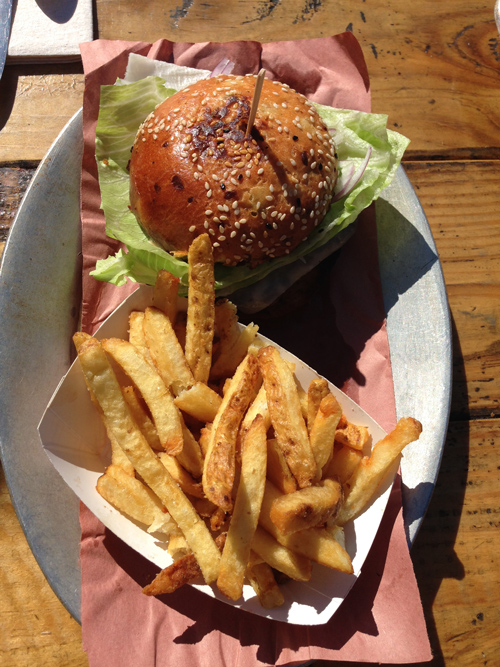 Our delicious 4505 Burgers & BBQ lunch feast included: Pulled Pork, Beef Brisket, a Cheeseburger on a delicious bun with Gruyère Cheese, Roast Chicken (which the team surprised us with since we were so in LOVE with it during our pit experience) and sides of Fries, Beans, and Pickles. Clearly after this meal we would NOT need to eat again that day! 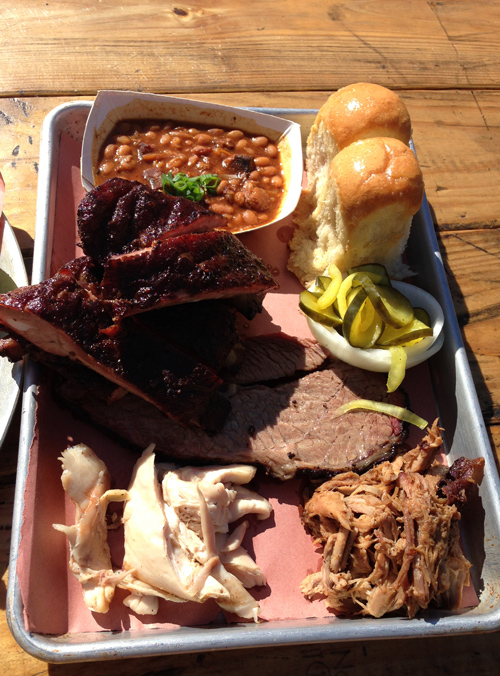 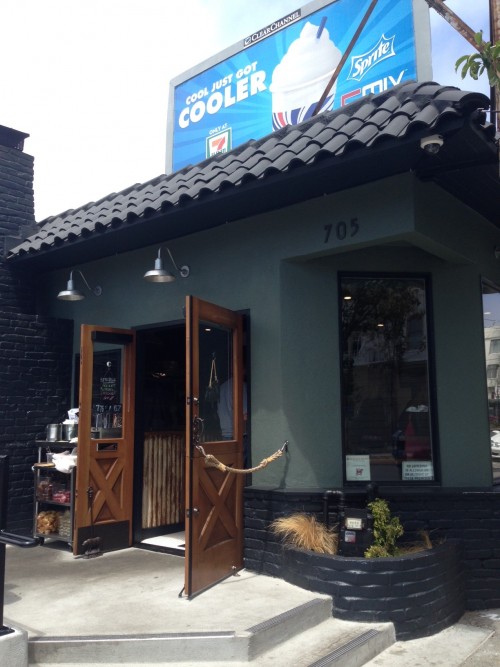 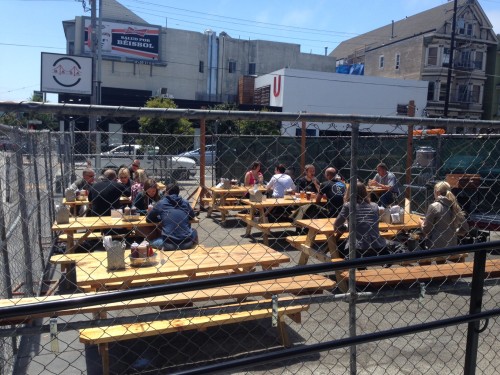 The outside seating area

This Stage & You Tube Video would not be possible without many people. I’d like to thank….

Trevor, Chef Andrew, Kristin and the entire 4505 Burgers & BBQ Team for hosting me and Lindsay for this amazing visit. You guys really are awesome and I can’t thank you enough!!

Tom Rhodes who generously shared his awesome music to make this video possible. Songs include: Tonight & Cool from the Album No Apologies. He’s a fabulous Bay Area local artist be sure to check him out if you don’t already know about him.

Meghan Cullen & Aydan Dorsett Sobel for the Cinematography & Meghan for the fabulous editing.  You guys are a great team and I love working with you. Looking forward to more video work in the future.

Where To Stay on Nusa Lembongan Island?

The Best Burgers in Healdsburg You Must Experience

The Best Burgers in California’s Wine Country including Napa & Sonoma