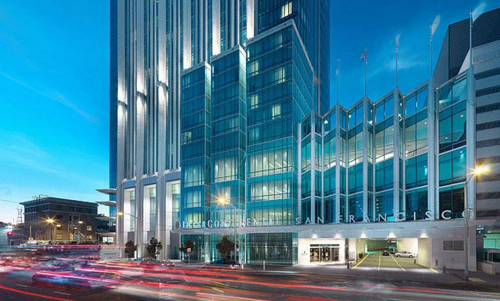 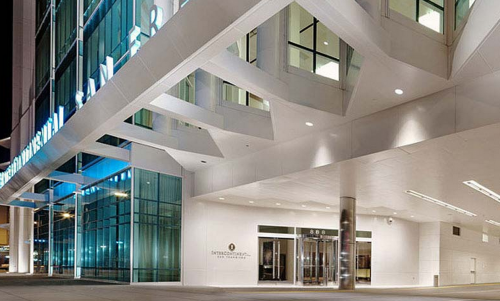 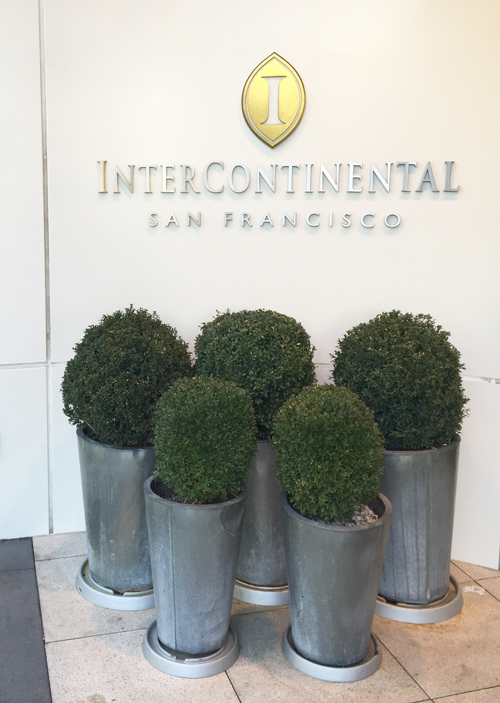 Recently, I had the honor of Judging The 4th Annual Culinary Clash Competition at Luce SF featuring International Culinary Center Students.  I judged one of the three Culinary Clash dinners held on Sunday, March 15th. Our meal was prepared by Christopher Wan with Sous Chef Yang Liu. You’ll find more details about the Chef, the Clash and the menu below and in my pre event coverage post Culinary Clash.  You’ll also see more details below about who won the clash.…. 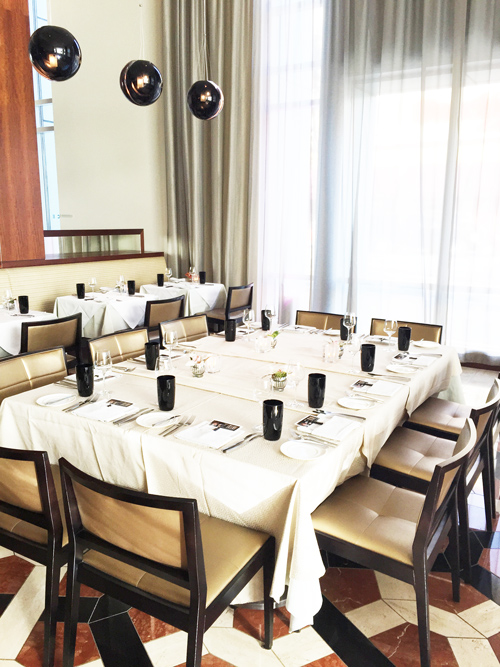 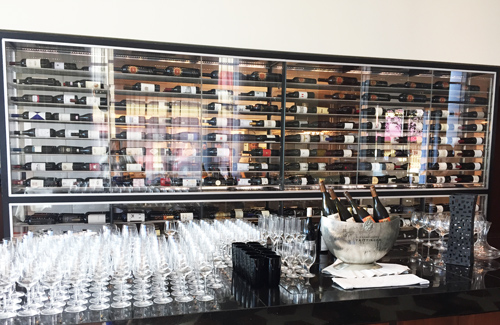 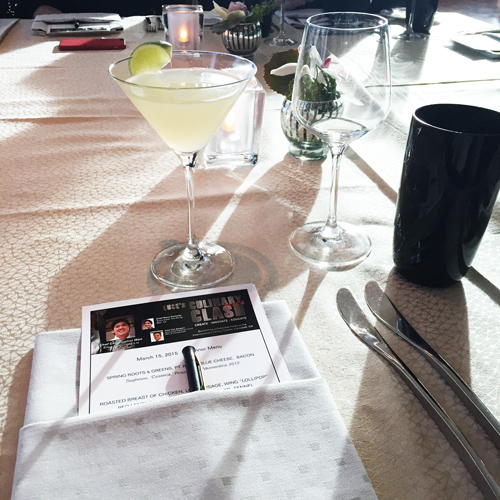 You’re probably wondering what is a Culinary Clash and how does one judge it? Well it’s pretty much what it sounds like. Each of the three chefs has an evening where they make the entire meal (with the help of a Sous-Chef) and serve it to the guests (including myself, other judges and some restaurant guests).  We are asked to judge each of the three dishes in the meal on elements including: creativity/originality, taste/execution, presentation, reflection of Luce Restaurant & Wine Pairing. 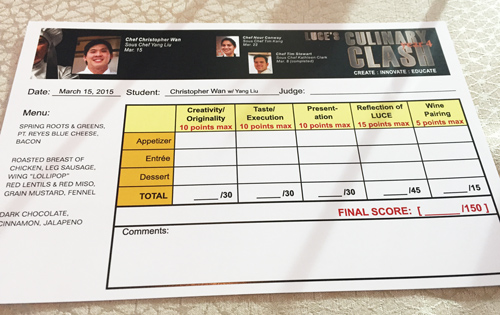 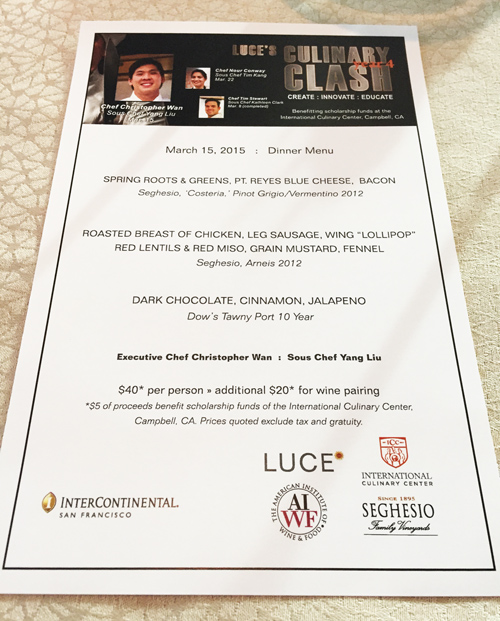 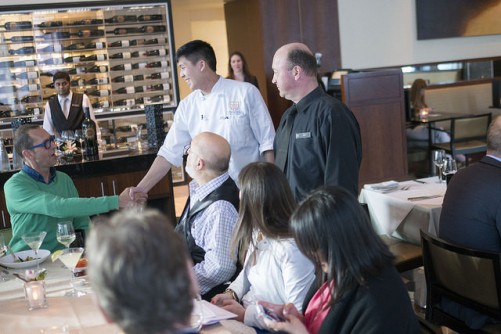 International Culinary Center Student Christopher Wan meeting the judges and explaining his thoughts on the menu and the wine pairings. Photo courtesy of Connie Perez-Wong. 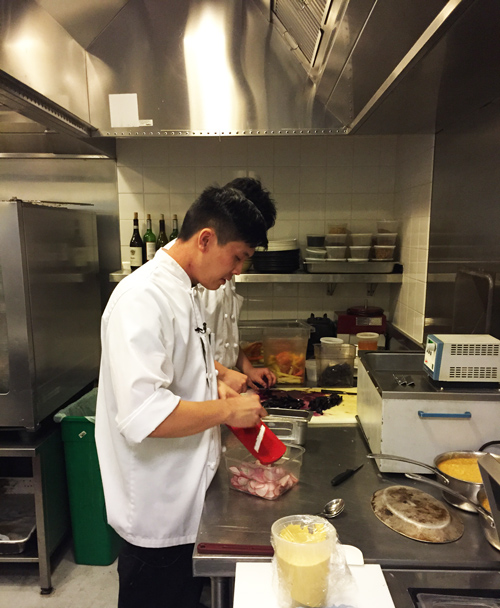 A behind the scenes kitchen tour led by Chef Daniel that me and another judge enjoyed before the clash begin! 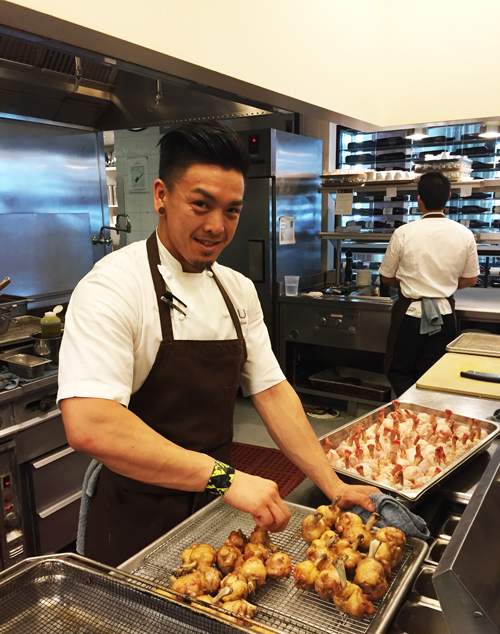 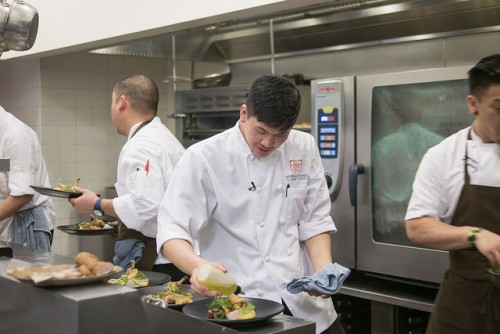 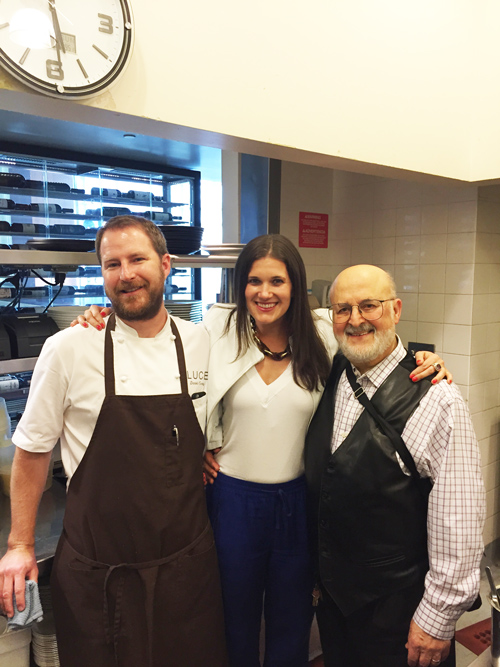 A huge thanks to Chef Daniel giving me and my fellow judging pal Chef Carlo Middione a kitchen tour (my favorite kind!)

For someone like me who loves food this was a dream come true.  Overall, I thought the meal was delicious. My thoughts on each dish are below. 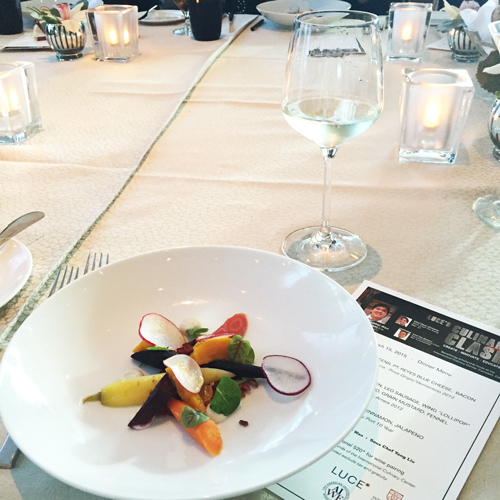 1st course: Spring Roots & Greens with Point Reyes Blue Cheese & Bacon. I loved the simplicity of this dish and the amazingly fresh ingredients. The Blue Cheese & Bacon were truly the grand finale! Such a delicious finishing touch. 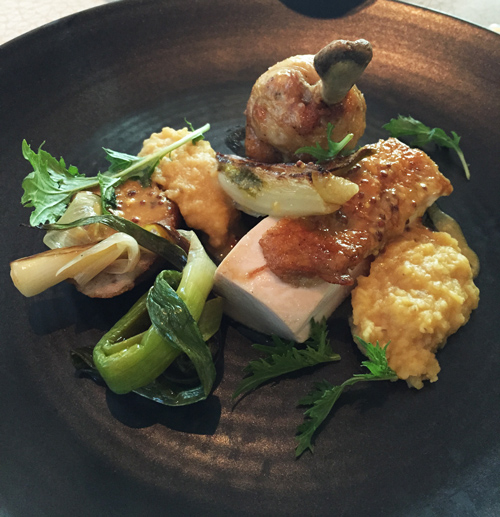 2nd course: Chicken Three Way: Roasted Breast of Chicken, Leg of Sausage, “Wing” Lollipop, with Red Lentils & Red Miso, Grain Mustard & Fennel.  This was also delicious, however, as a white meat lover this was not something I would typically order since it was mostly dark meat. I loved the creativity of the chicken three ways and the interesting lentils and miso flavors. Kudos to Chef Christopher as I imagine this was a challenging dish to create and execute as well as he did. 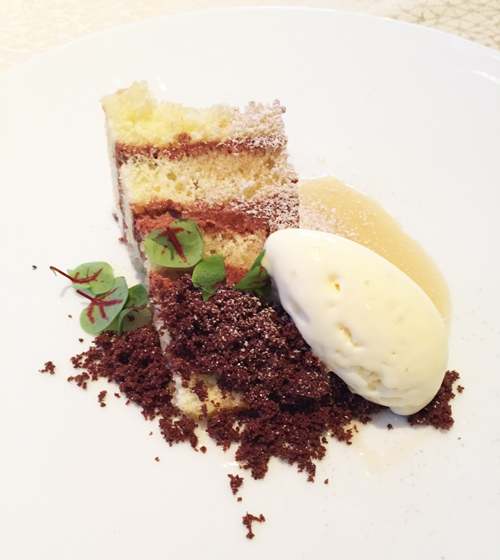 Dessert: Dark Chocolate, Cinnamon, & Jalapeno with Vanilla Iced Cream. This was divine. What an unexpected twist on a vanilla cake with chocolate frosting (my favorite kind). The Cinnamon & Jalapeno refreshed your taste buds after the meal and really concluded the meal perfectly.

To hear which was my favorite dish of the evening you’ll have to watch the You Tube video interviewing the Chef & Judges (shown below).

A huge congratulations to Christopher Wan with Sous Chef Yang Liu for their amazing meal.  There is also congratulations in order since Christopher Wan and his sous chef Yang Liu WON THE CLASH! Both culinary students from the International Culinary Center in Campbell, CA took top honors in the restaurant’s student cooking competition. Luce at the InterContinental San Francisco awarded a total of $5,000 in scholarships to the competitors.

I thoroughly enjoyed serving as a judge and enjoying your wonderful culinary expertise. There’s nothing more rewarding than seeing talented Chefs learning the industry and sharing their passion for food with other food lovers. Thanks again Luce SF for hosting the event and the International Culinary Center for providing the fabulously talented chefs. I look forward to participating in future Clashes and following these rising Chefs as they launch their careers. Luce SF. Hotel Intercontinental San Francisco. 888 Howard St, San Francisco, CA 94103. (415) 616-6500.

DETAILS: Bay Area native, Christopher Wan first found inspiration for the culinary arts through his grandmother who immigrated here and opened her own restaurant. Enjoying the organized chaos of the kitchen, Wan enrolled at the International Culinary Center in Campbell and loves everything from the process of seeing something through from start to finish to the variety of people he meets. With the goal to one day open his own restaurant, Wan is excited to challenge himself through his externship at Madera restaurant in the Rosewood Hotel and Luce’s Culinary Clash competition. When not in the kitchen, Wan savors the small things in life and enjoys spending time with friends and family.

Carmel California Other Must Do's