This unique area enjoys the best characteristics of each appellation—the cooling effect of San Pablo Bay to the South, the afternoon winds generated from the Pacific to the West, and the warmth of the Sonoma Valley to the North. The vineyard’s sloping hills, rocky clay loam soils and low-vigor vines help keep yields low—three tons per acre on average—while its clonal diversity ensures great complexity. 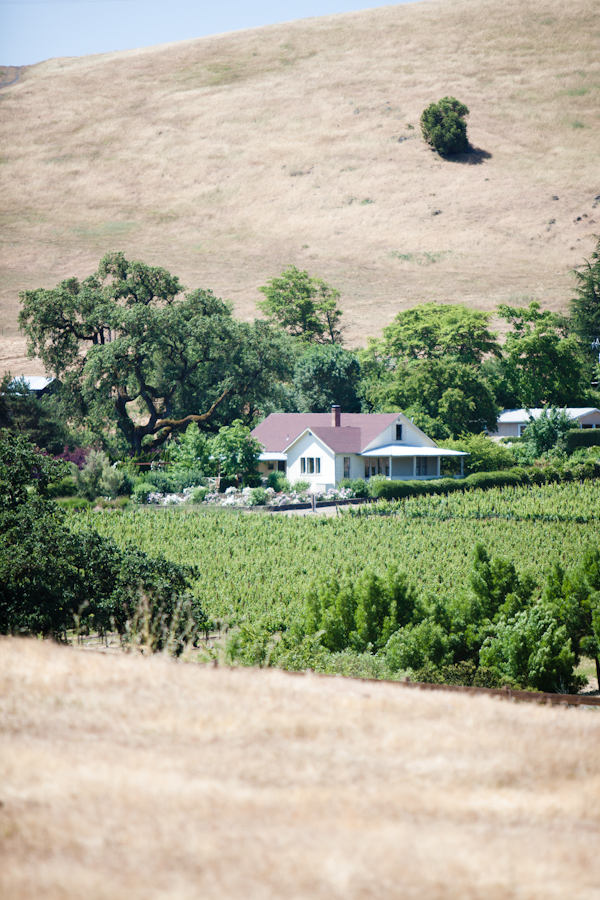 More about Dunstan Wines: Dunstan Wines grow predominantly Chardonnay and Pinot Noir, all sourced from Durell Vineyard which are beloved for being rich, elegant, and full-bodied. Dunstan like many other delicious Durell Wines I adore are fabulous! The Chardonnays are rich, yet balanced and flavorful, not overly oaky or buttery. The Pinot Noirs are just as amazing, with great cool-climate traits with delicious fruit flavors and the incredible spice us Pinot Noir lovers adore so much. 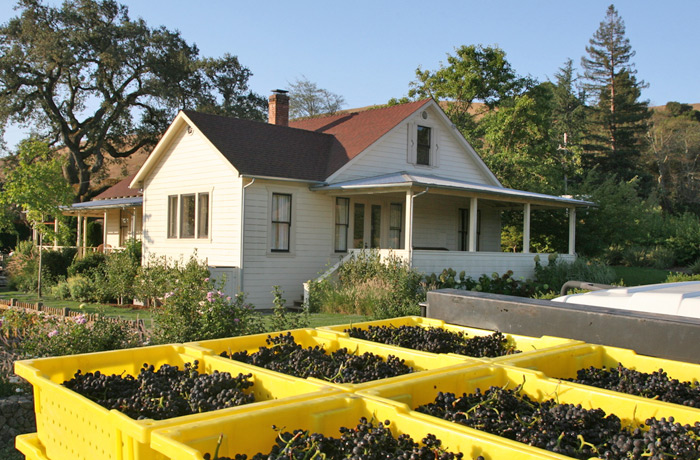 Located at the southern end of the vineyard on an east-facing slope, this site has cool coastal fog in the morning that gives way to warm, breezy afternoons. The well-drained, gravelly soil is more densely planted than other areas of the vineyard which means smaller, more concentrated berries with lots of varietal character. 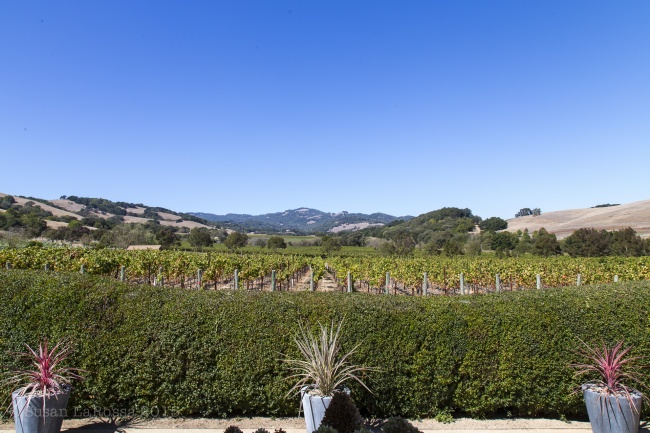 Views of the Dunstan Wines vineyard from the Ranch

Some more history about Durell Vineyards: Ellie Phipps Price and Bill Price purchased the Durell Vineyard in 1998 from Ed Durell. Durell, a San Francisco food broker, acquired the land in 1977 with the intent of turning it into a cattle ranch, but began planting grapes instead.  After hiring vineyard manager Steve Hill, the pair focused exclusively on growing premium wine grapes, which they began selling to Sonoma County wineries in 1982.

In 2005, Ellie replanted the 8 1/2 acre Ranch House Block at Durell. This block is dedicated exclusively to Dunstan Wines, producing only a few hundred cases of premium Durell Vineyard wine each year. 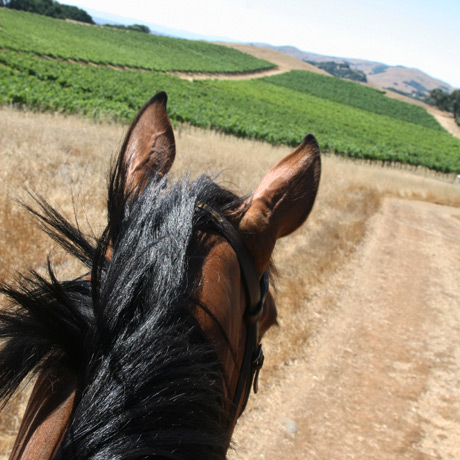 What is the significance of the Horseshoe in the Dunstan Wines logo:  Explained well on the Dunstan Wines website they say, “You’ve seen a horseshoe hanging above a doorway—a symbol of protection and luck.  According to 10th century legend, a blacksmith named Dunstan was visited by the Devil to have his shoes reset. While fitting the shoes, Dunstan quicked the Devil who implored for the shoe to be removed. Dunstan agreed, but only after the Devil promised never to enter a dwelling with a horseshoe hanging above the door.  When we were first planting the Ranch House Block at Durell, a very large horseshoe was unearthed. Rusted and obviously very old, it served as the inspiration for the name of our new wine.” 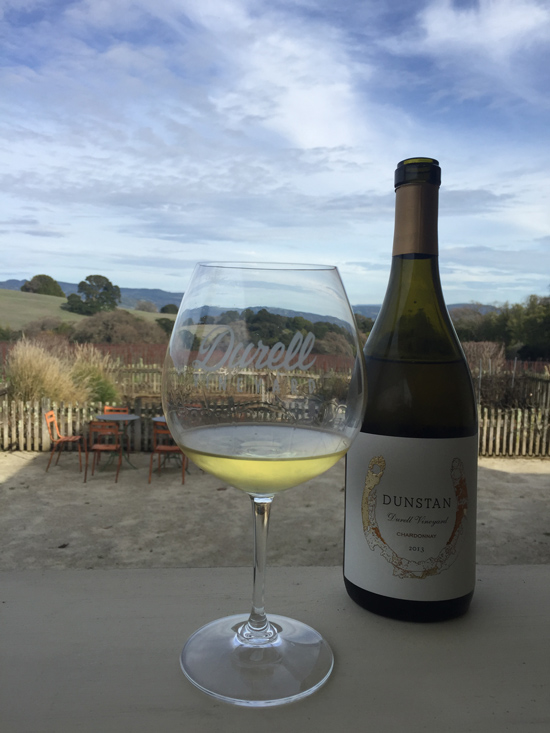 The delicious Dunstan Chardonnay I enjoyed during my visit to the Winery. Pretty hard to beat this gorgeous Ranch House setting paired with the incredible Dunstan Wine at Durell Vineyards. Wow! 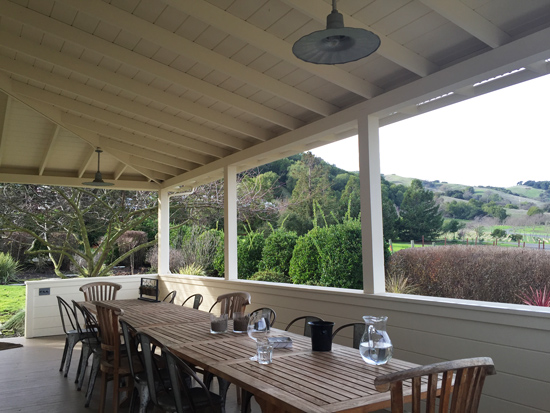 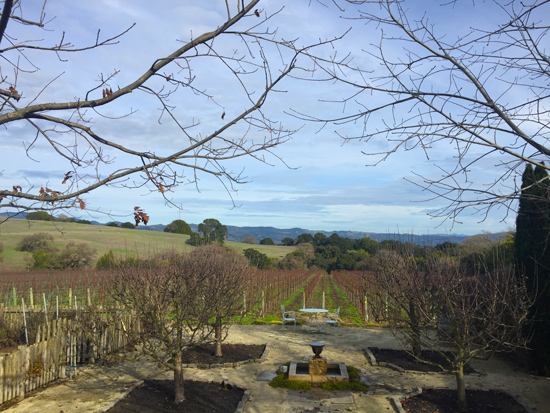 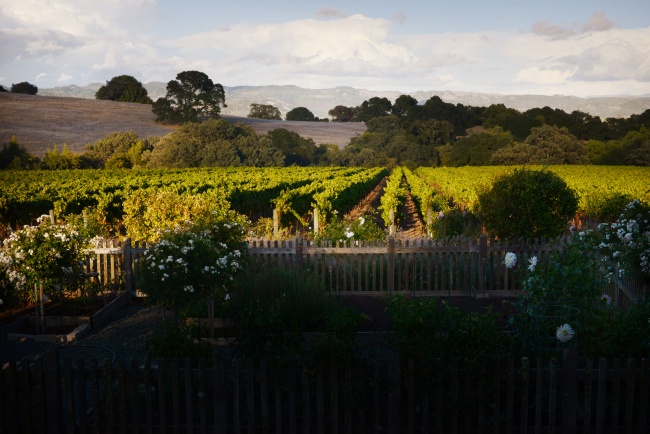 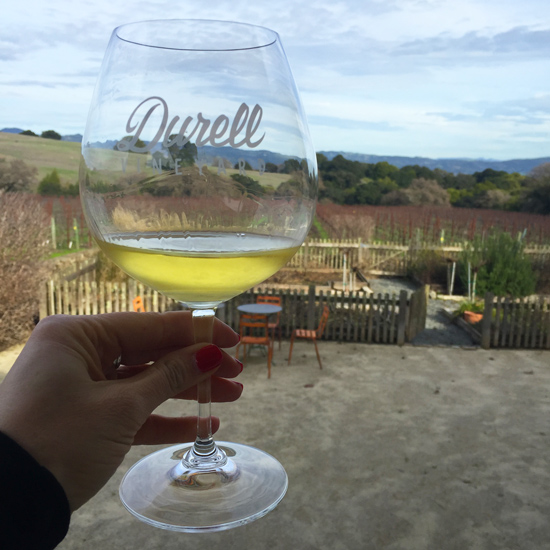 Cheers to a fabulous visit experiencing wonderful wines. Thanks to the Dunstan team for hosting me and sharing this piece of paradise with me and my readers!!

The Top 10 Sonoma Wineries To Experience