I was thrilled when I was invited by Luce della Vite to join for a Present & Future luncheon at San Francisco’s Intercontinental Hotel’s Luce Restaurant.  I have dined with Luce numerous times, loving them so much that they’re in my Top 10 San Franicsco Power Lunch post, however, I was not very familiar with Luce della Vite wines so was thrilled to taste through various vintages with their new winemaker Stefano Ruini. 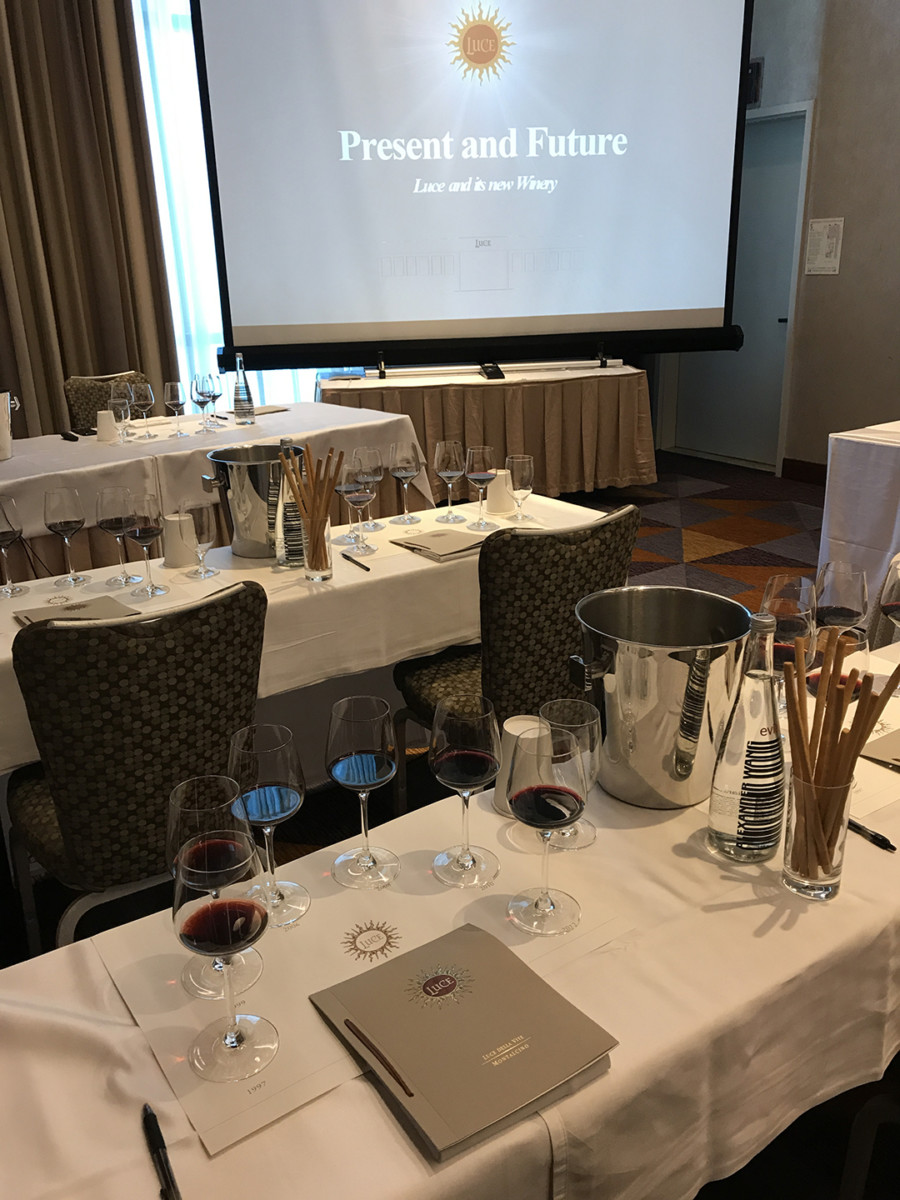 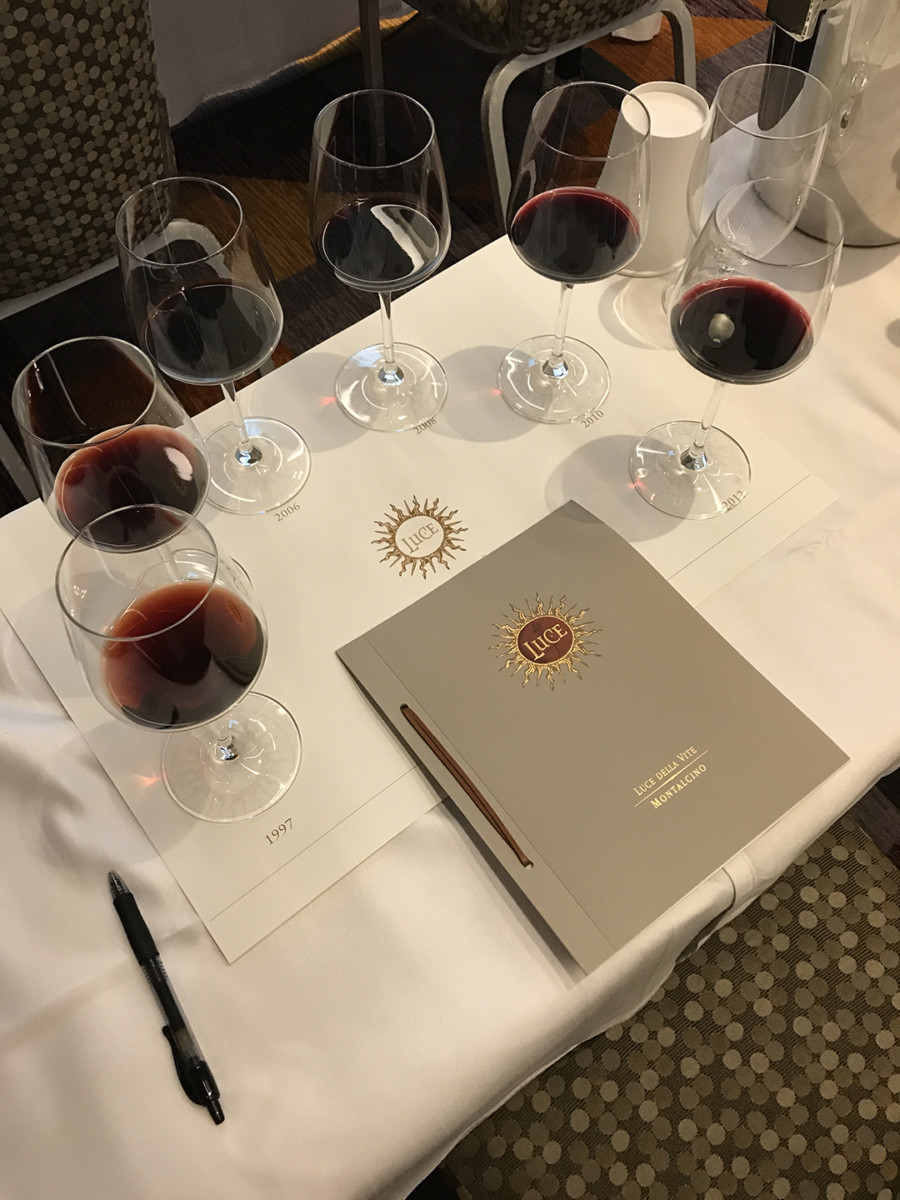 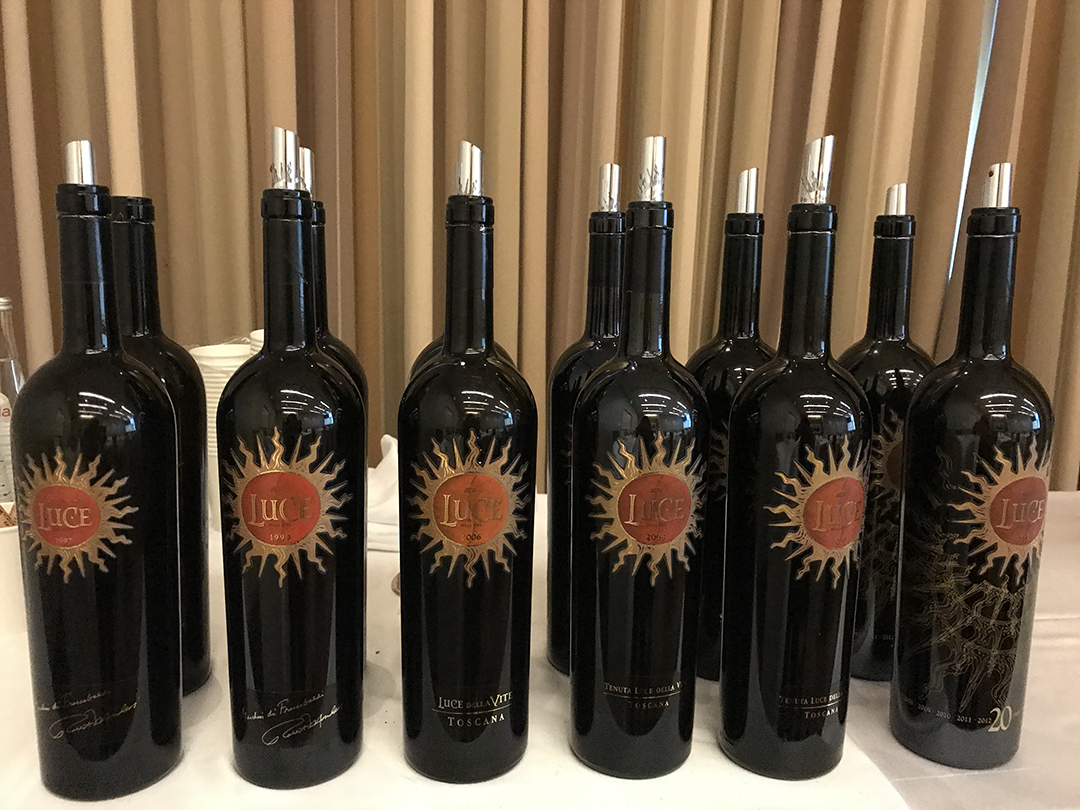 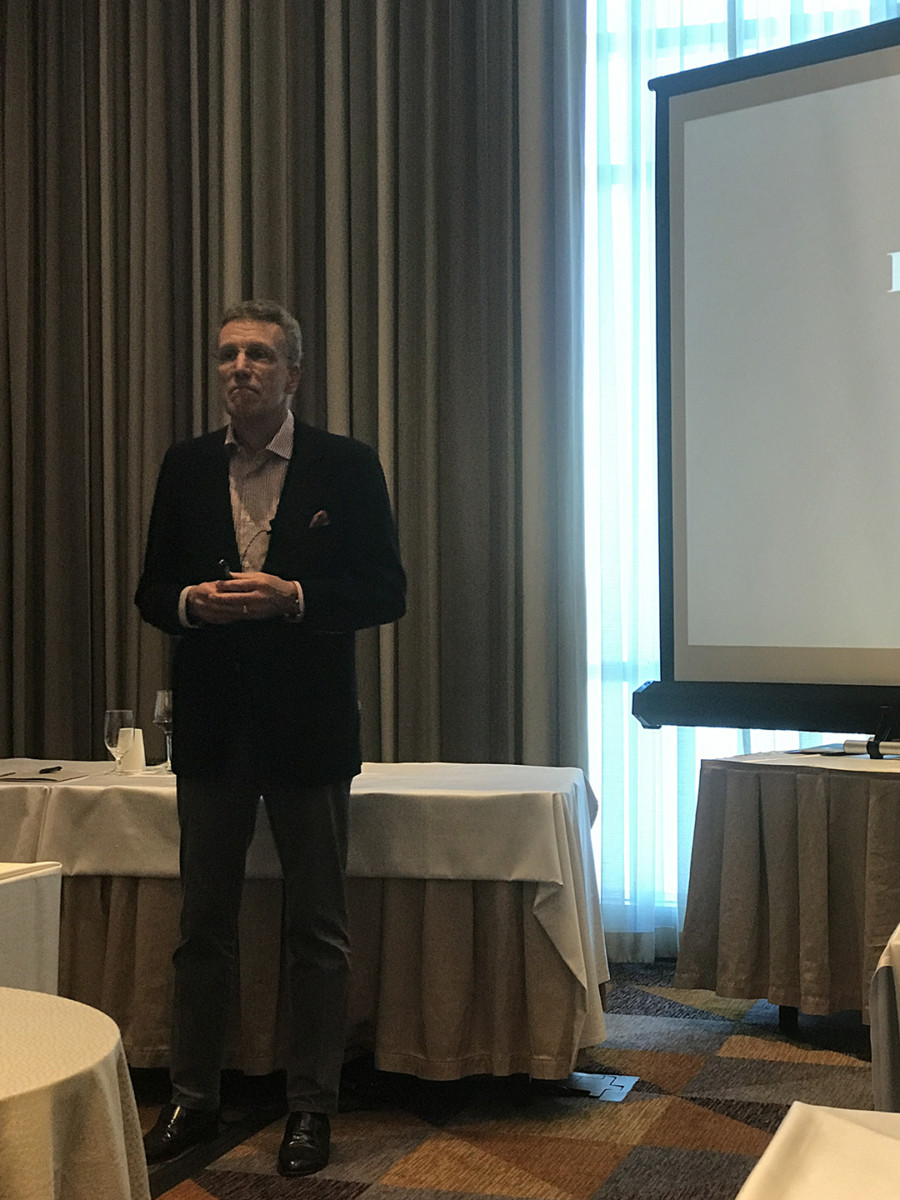 Winemaker and Technical Director Stefano Ruini who led our vertical. 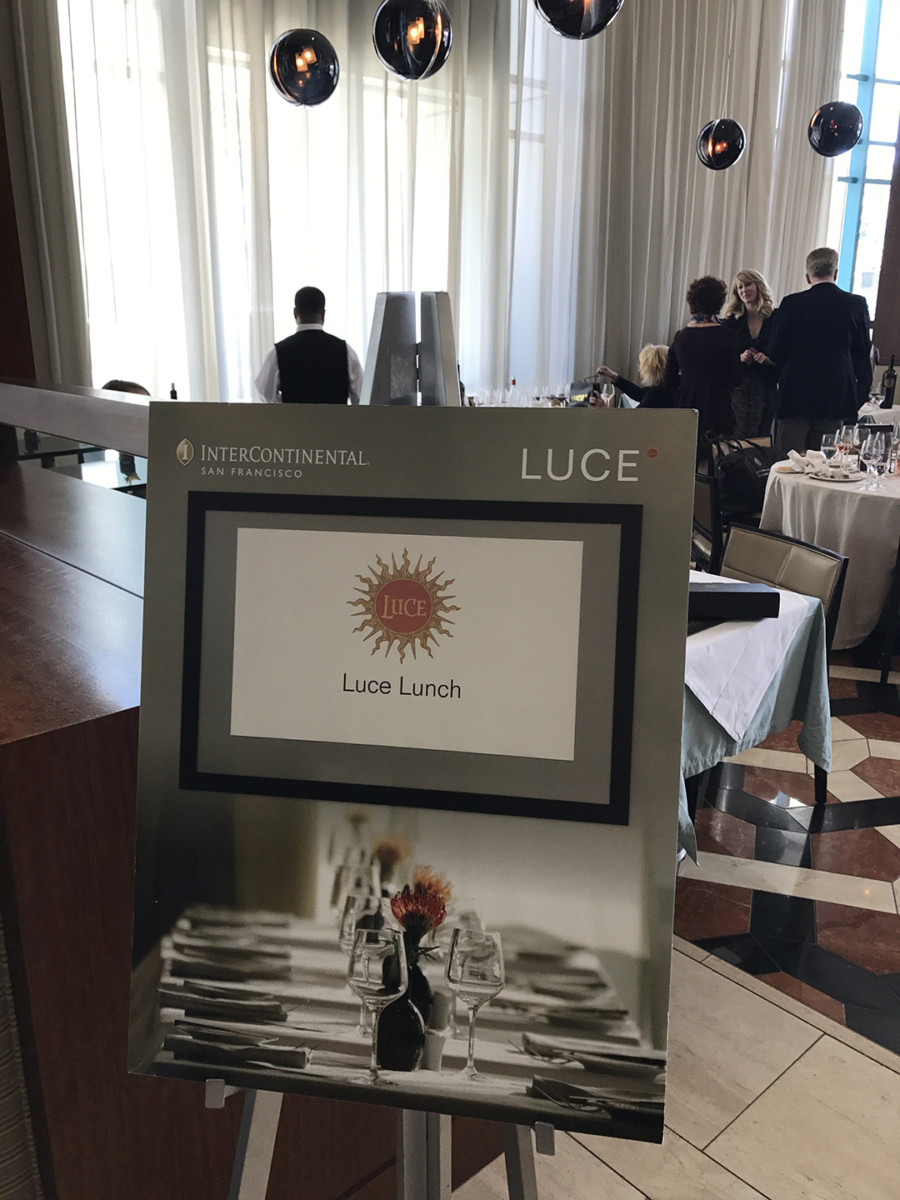 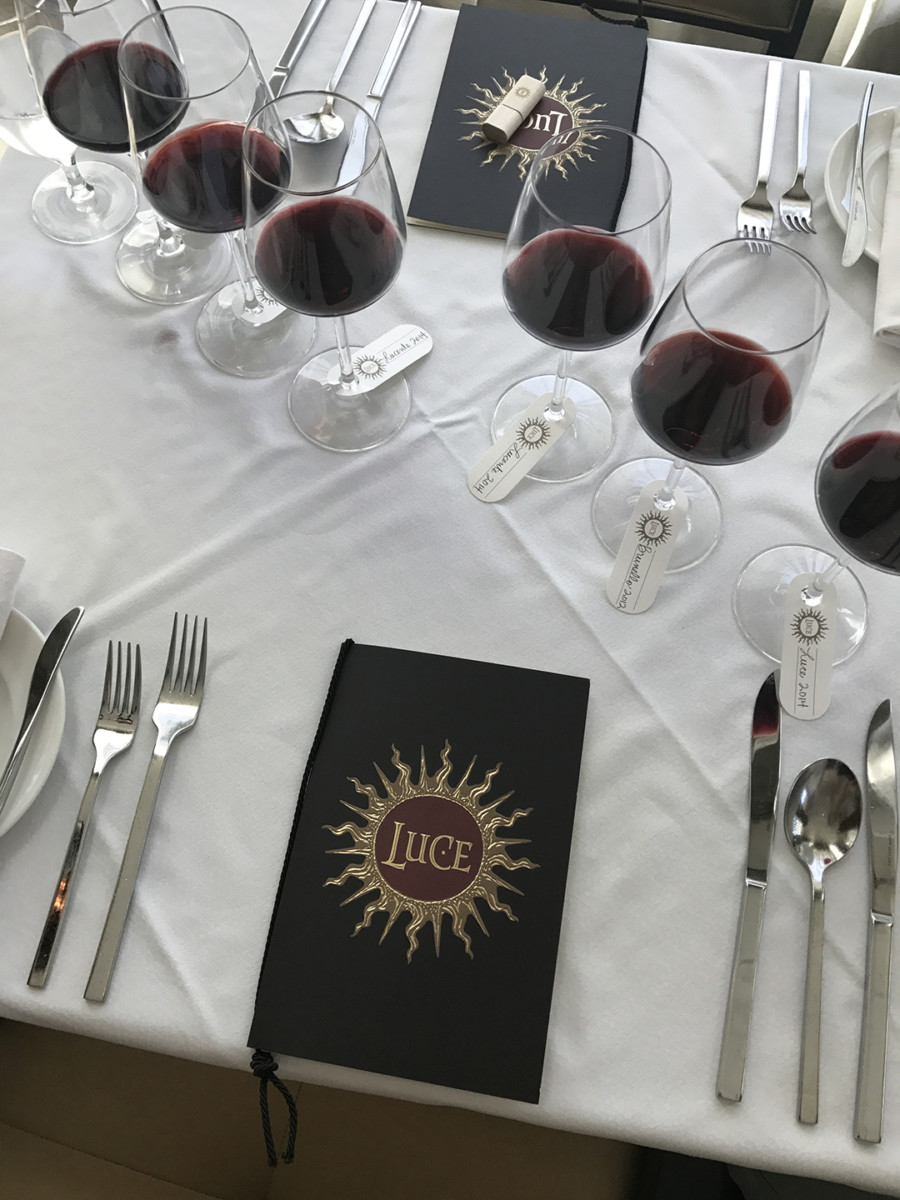 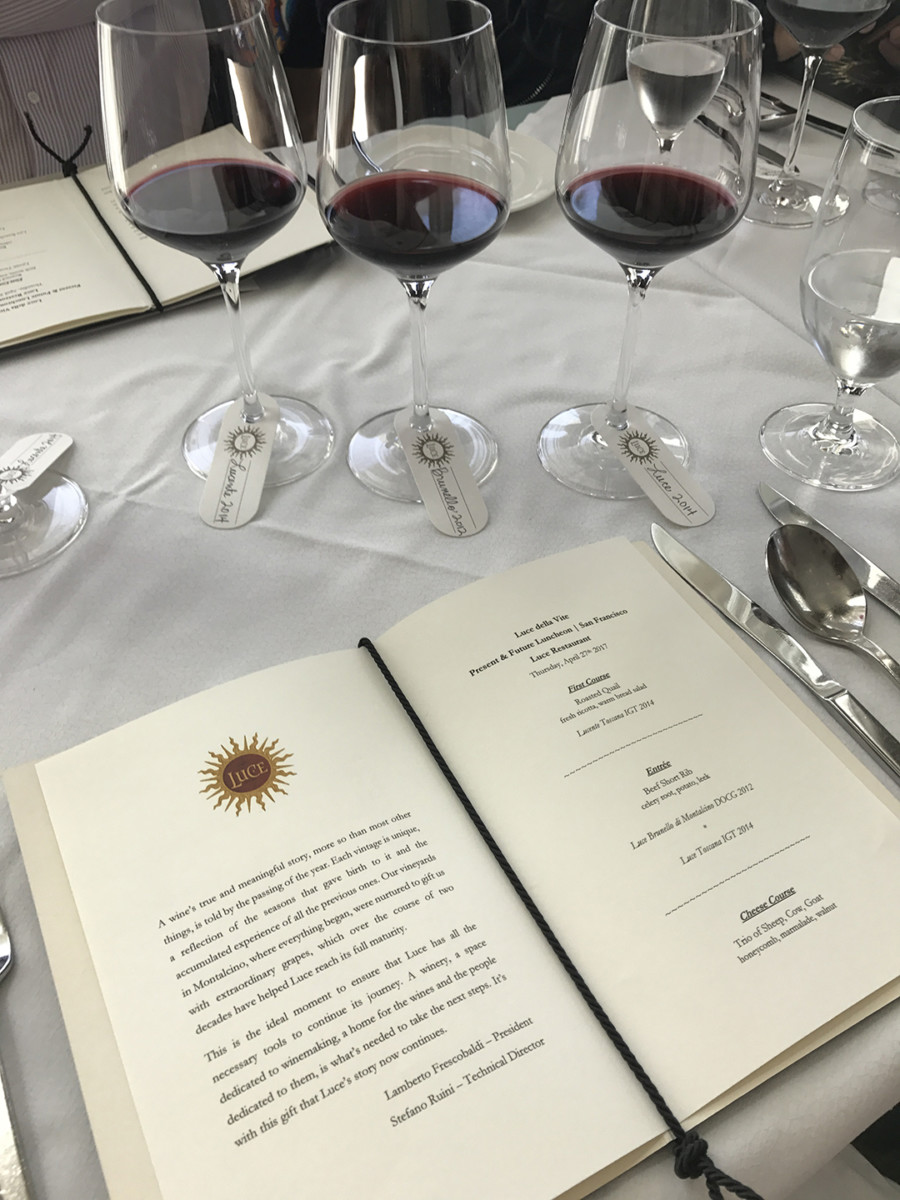 During lunch we tasted through the current vintages of the Luce portfolio including: Lucente 2014, Luce 2014 and Luce Brunello 2012. 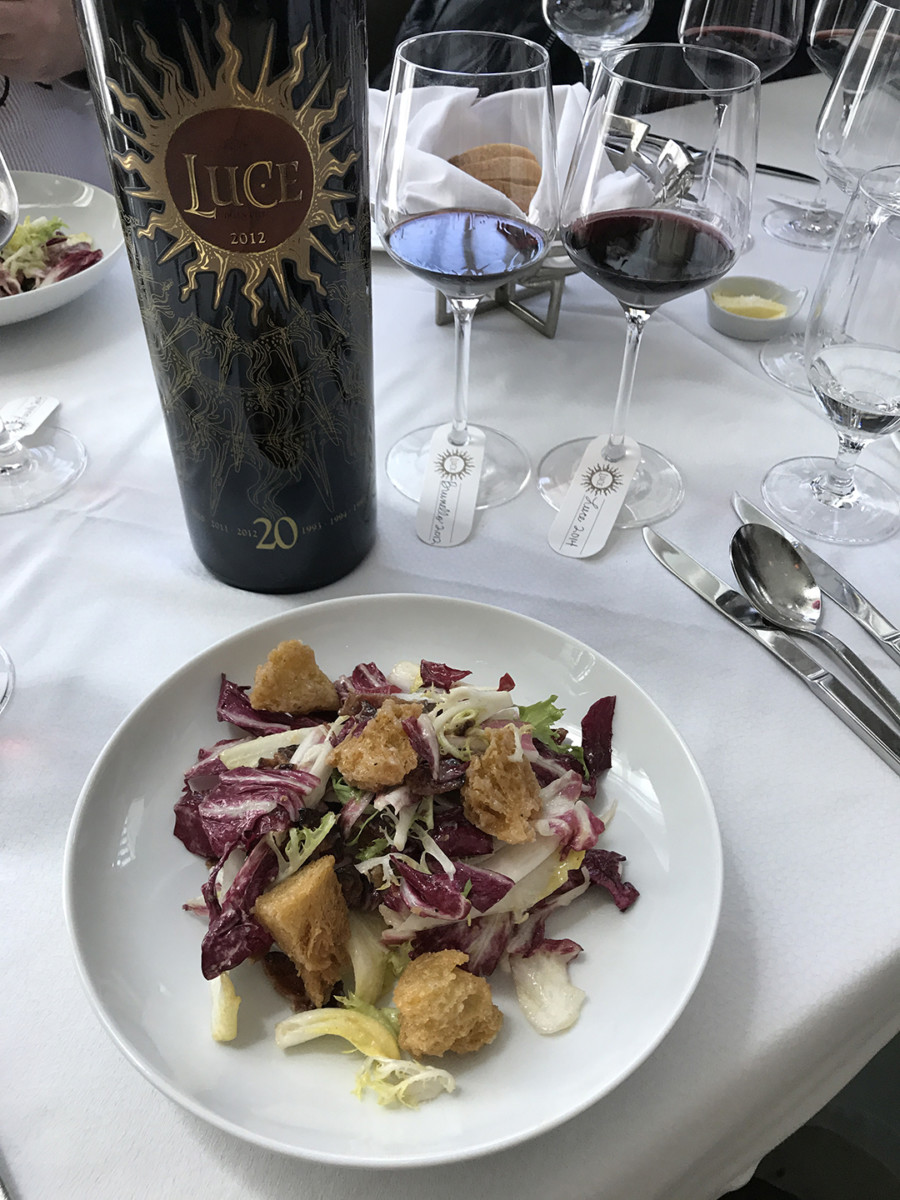 The first course which was a fresh ricotta salad with warm bread (and Quail although I don’t eat Quail so I got the vegetarian version) which was divine! Sometimes I feel that you can really taste the flavors of vegetables and cheeses more without meat distracting the palette! 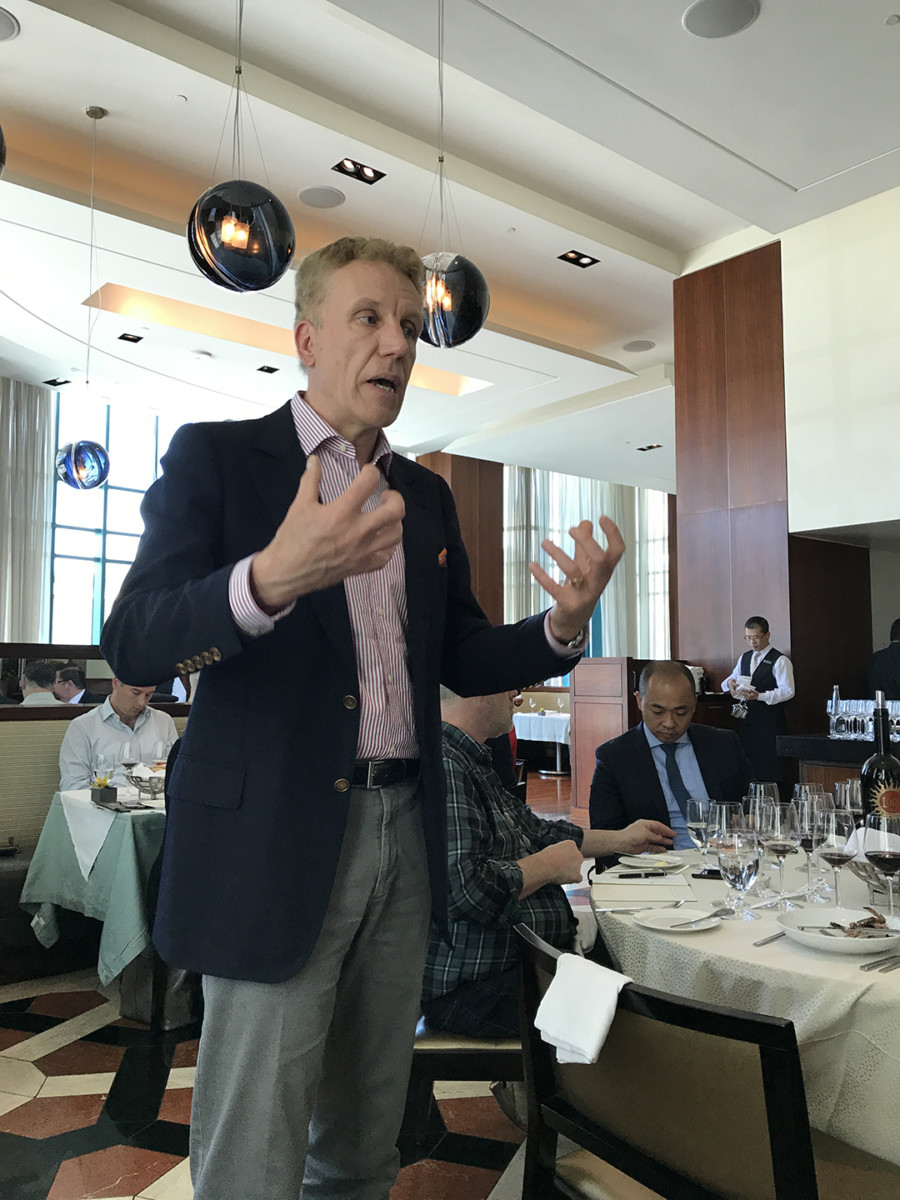 Stefano sharing his tasting notes through out the meal as we paired each wine with a different course. What a treat getting to hear first hand the winemaker’s thoughts and impressions of each vintage. 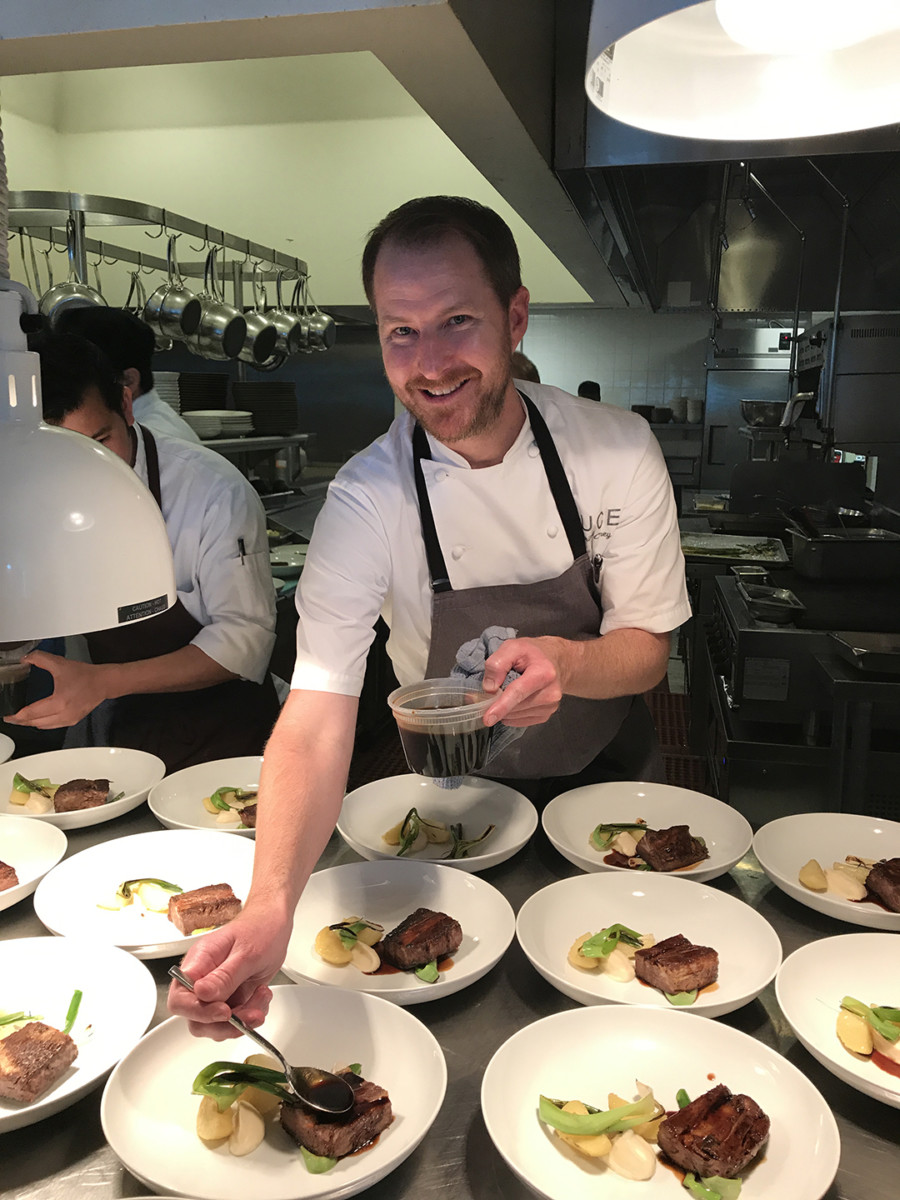 My friend Chef Daniel Corey. I’ve been fortunate to dine many times with Chef Daniel and he’s incredible. There is a reason Luce has a michelin star and him and his team do such a fabulous job. He also is beyond friendly and personable which makes visiting and writing about him that much sweeter. 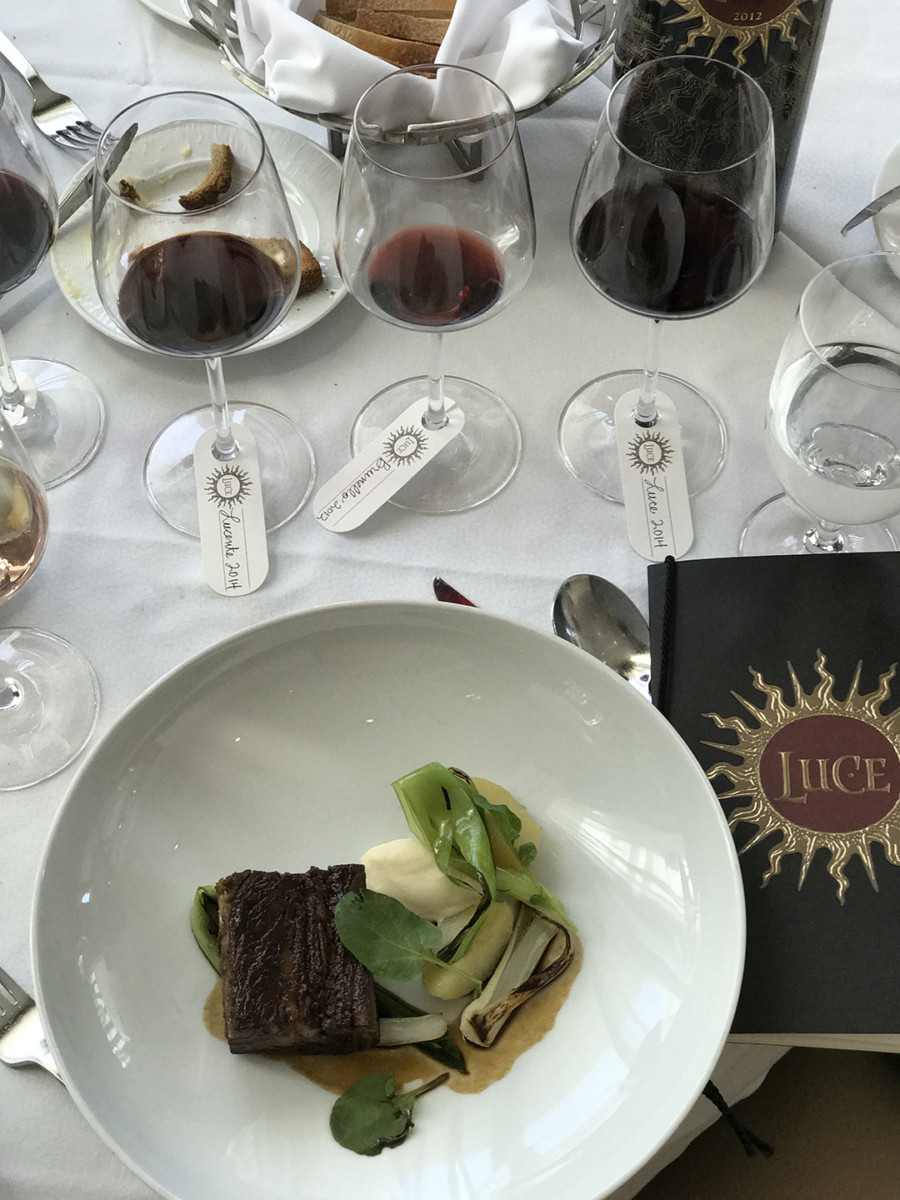 The second course, beef short rib with celery root, potato and leek. This was divine the meat was so tender and flavorful and the delicate vegetables were extremely fresh and flavorful. See I am a meat eater, just not quail. 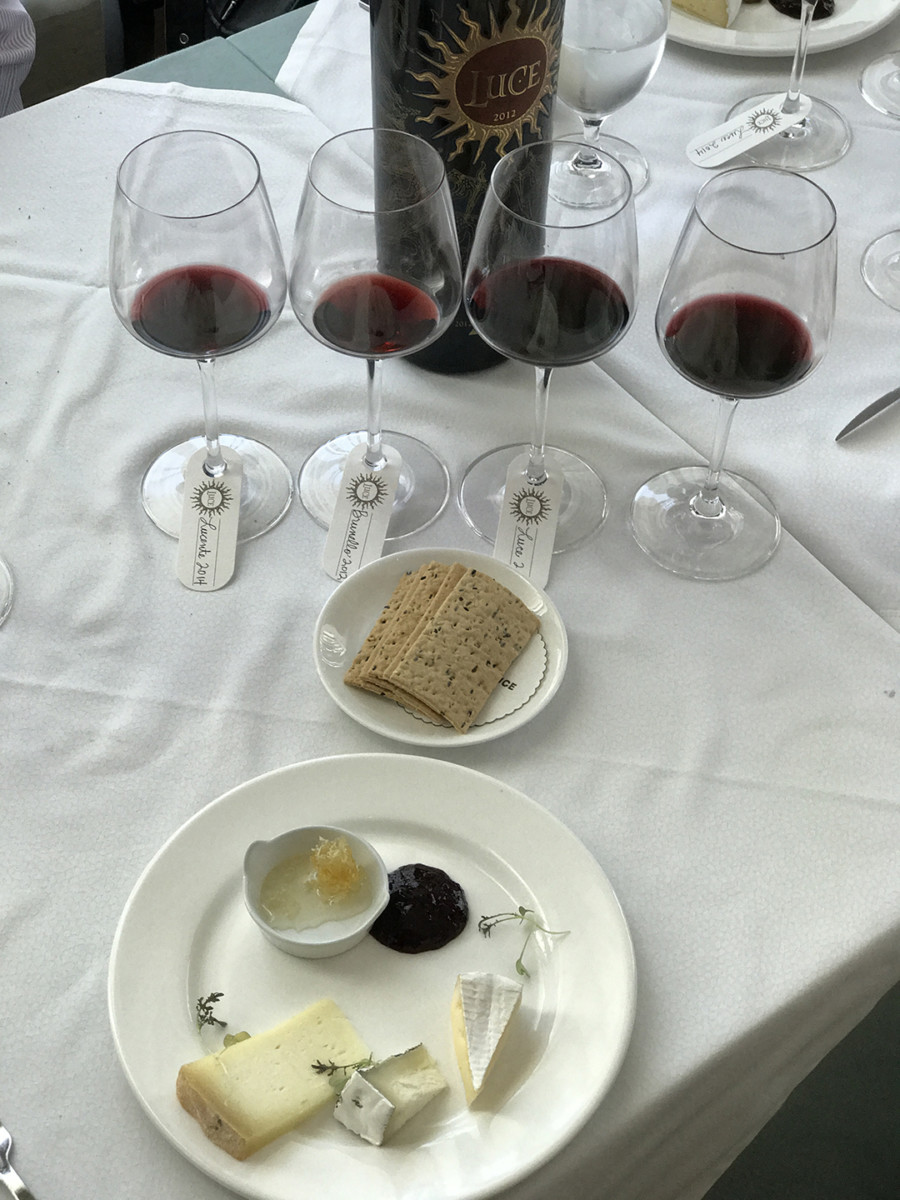 Our last course, the cheese plate which was a trio of Sheep, Cow and Goat Cheese with honeycomb and marmalade. Although I would pick chocolate over cheese any day for dessert this was perfect with the heavier Italian wines and really was a lovely way to conclude the amazing tasting and lunch. 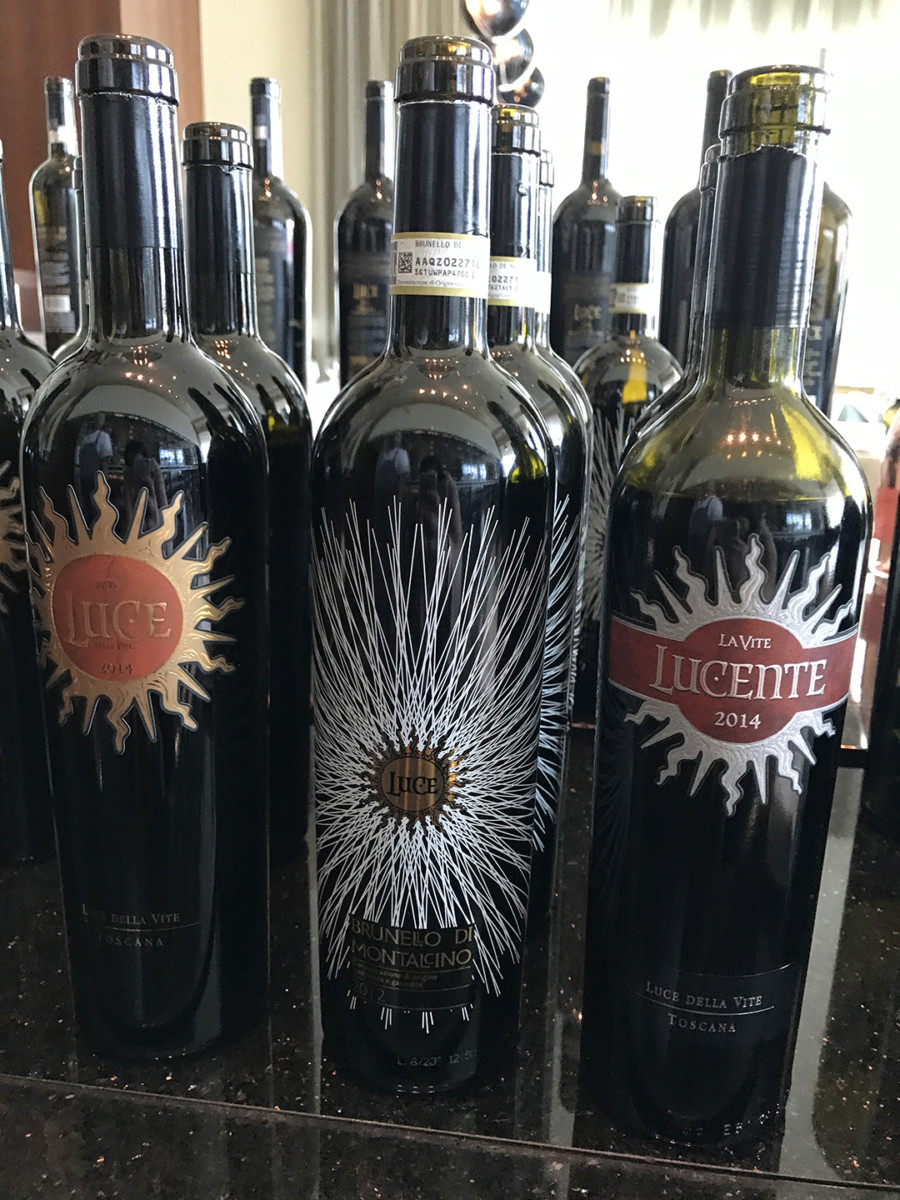 The three of the wines served during lunch including the Lucente Toscana IGT 2014, The Luce Brunello di Montalcino DOCG 2012 and the Luce Della Vite 2014. Of the three wines, I adored the Brunello 2012 which was 100% Sangiovese. It had incredible balanced tannins, with nice fruit and a very interesting complex taste. I had a few glasses of this and could have had even more!

A huge thank you to the Luce della Vite team and Luce Restaurant for this incredible tasting and meal. It really was a perfect combination of amazing Luce wines and delicious Luce eats. Thanks again to Chef Daniel Corey and your team for making the meal so incredible!