I was beyond excited to be visiting the Four Seasons Santa Barbara Biltmore Hotel during a recent weekend adventure to Santa Barbara’s Wine Country.   Not only was I ecstatic because this was my FIRST time staying with a Four Seasons Hotel. Crazy right! Now that I know what I’ve been missing it will NOT be my last! But, also because of the incredible Santa Barbara location and heavenly getaway I was in store to experience. 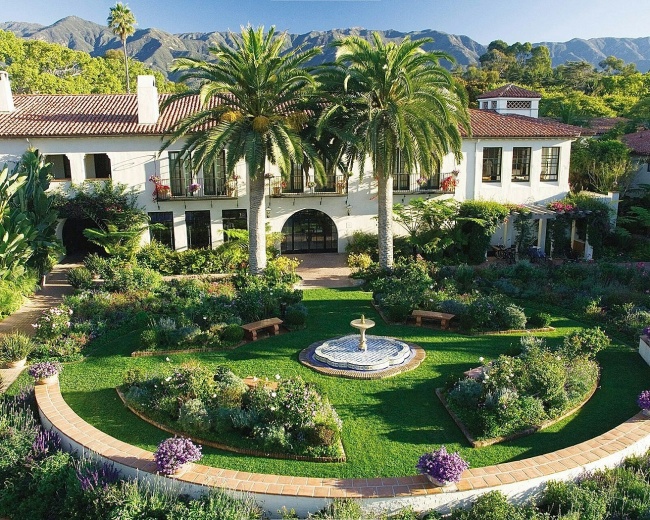 What to expect for your visit to the Biltmore Hotel: For starters expect to be pampered. Starting with the moment you pull into the hotel you are greeted by the guest specialist asking to help with your bags, take your car…. The Four Seasons also offers express check in. A day before your arrival you’ll get an email asking if you want to do the express check in. I was curious what this entailed so of course opted yes to the express check in. Smart move I learned as the moment we arrived our room was ready and as we pulled in and were greeted we were asked for a credit card for incidentals, handed a key and were checked in within about 90 seconds. I’m not sure why more hotels don’t adapt this incredible Express Check in service. This is just one of the many services the Four Seasons offers that wowed me during this visit.

Its story begins in 1927, when the original Santa Barbara Biltmore was constructed on 22 acres of spectacular beachfront land that had been home to the Santa Barbara Country Club and several fine residences during late 1800s. Tucked between the Pacific Ocean and the Santa Ynez Mountains on Butterfly Beach, the hotel quickly became the retreat of choice for old Hollywood and America’s most discriminating travelers. 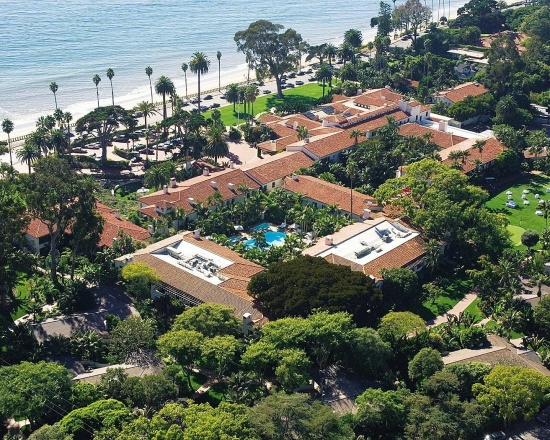 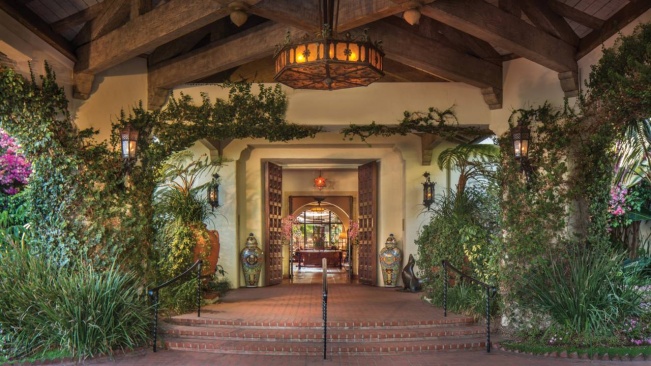 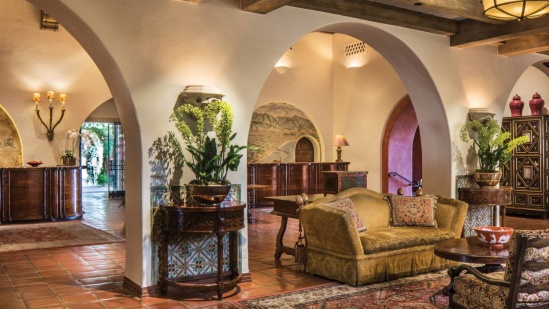 What is new at The Hotel: The Resort recently underwent a substantial $305 million dollar renovation that took a decade to complete. The reconstruction focused not only on improving the amenities and functionality, but also on bringing back elements of the Resort’s romantic history. A major part of the restoration was uncovering original materials from the 1920s and 1930s, such as Art Deco tiles and light fixtures, many of which were refurbished by hand. If the originals could not be recovered, artisans meticulously created reproductions. Having seen first hand the incredible spanish tiles in the bathroom and throughout the resort I can attest to the amazing level of detail taken with the decor at this spectacular hotel.

What is the hotel like: This hotel is extremely charming with Spanish influenced architectural and style. There are a lot of beautiful painted details through-out the lobby, the lobby bar…. The guest rooms also have a very homey, cozy feel to them with antique furniture, beautiful views and just exquisite details. Quite the opposite of a cold bare hotel room you sometimes find where there is no identity or charm.  I was in a ground floor room with a terrace overlooking the pool which was extremely relaxing and my favorite part was the bathroom. In the bathroom, I found some of the most beautiful Spanish tiles in the hotel! 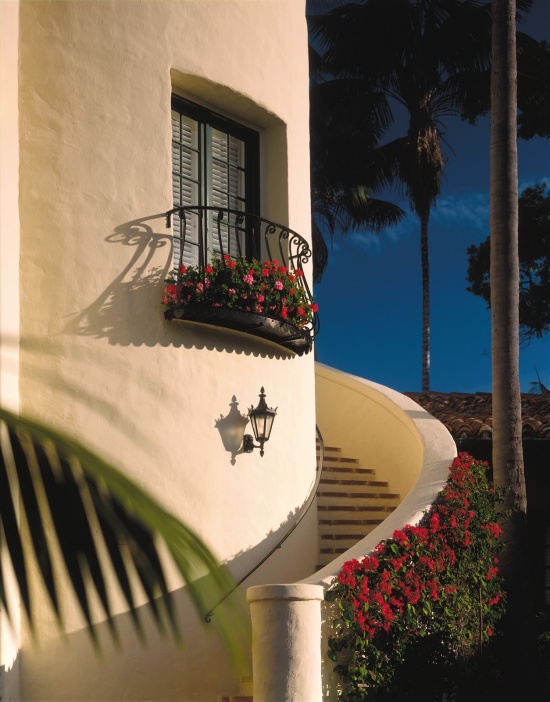 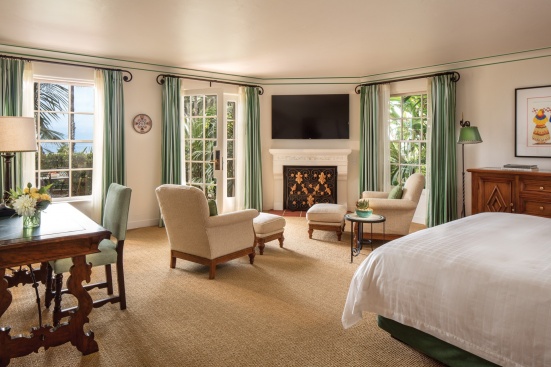 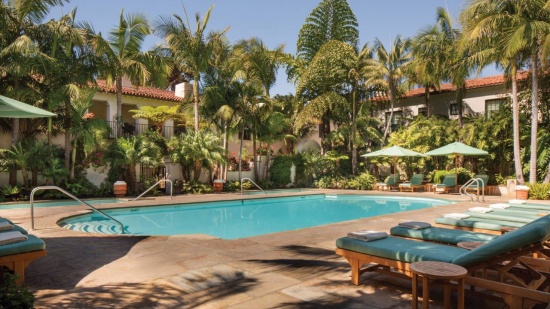 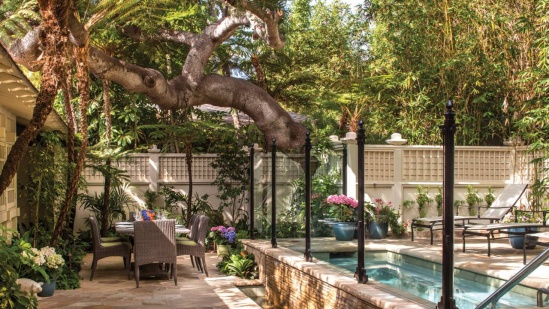 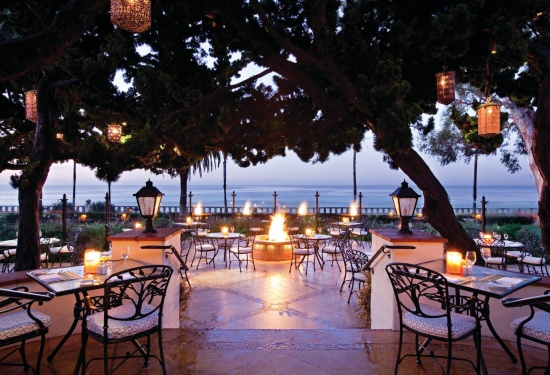 The Bella Vista Restaurant where I enjoyed ocean front brunch. An experience I highly recommend you try. 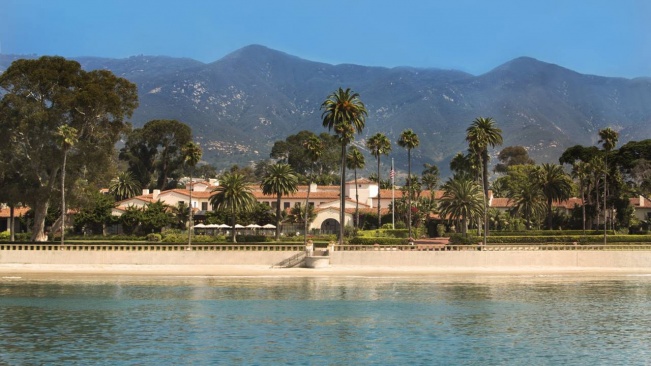 Thank you to the Four Seasons Biltmore Hotel for hosting me during my stay with you. This was truly a getaway I will not forget and I look forward to returning again soon!

Halloween at Jordan Winery 2018 | Denial on the Nile