Q39 Kansas City BBQ With the Best Brisket In K.C.

Lucky for me, after concluding a recent road trip along Route 66 with bestie Katherine we arrived to Kansas City (K.C. as the locals call it). Katherine grew up in K.C. with her parents residing here so we were in store for some parental T.L.C….. Visiting K.C. was amazing news for me since they have quite the culinary scene (especially when it comes to BBQ). Also, Katherine’s family knows what a foodie I am so the moment we arrived they were planning our culinary adventures. Talk about amazing hosts. Gotta love us Midwesterners (remember I grew up in Chicago although I am a Cali girl now!).

This was my second time visiting to K. C. During my last visit the family took me to Joes Kansas City BBQ (formerly Oklahoma Joe’s) which was AMAZING. I had mentioned hoping to try some more K.C. BBQ, since BBQ is something Kansas City is known for. We landed on Q39 Kansas City BBQ,  a relatively new spot that my amazing hosts thought Katherine and I would enjoy trying. Boy do they know us well! 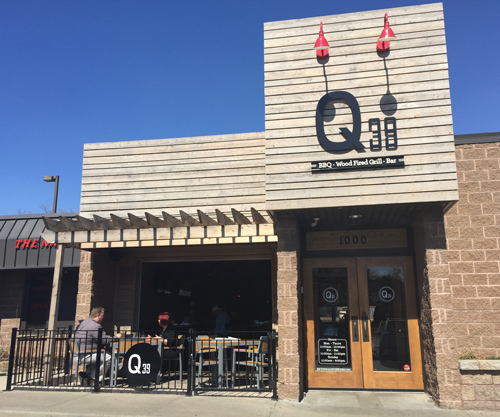 We visited Q39 during lunch and it was quite a scene. It was jam-packed. Ladies, pay attention as it was mostly men! Amazing BBQ, a cool, modern interior , beer on tap and mostly men. My kind of place.  The restaurant is led by national barbeque champion Rob Magee (see his many awards below) and features the area’s first open barbeque scratch kitchen. Very cool, right? 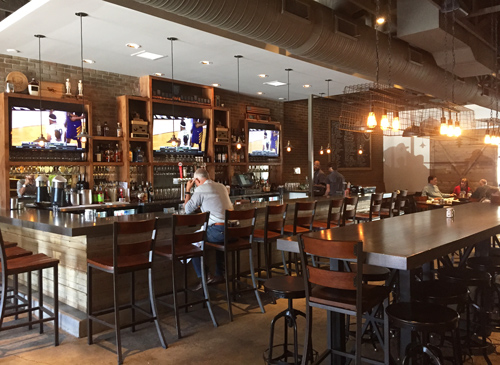 After experiencing my second K.C. BBQ I can say that K.C. does have some amazing BBQ. I still adore Joes Kansas City BBQ (formerly Oklahoma Joe’s) and think that and Q39 Kansas City is equally as delicious.  They certainly each offer different things. Where else can you have some of the best BBQ in a gas station? Joes Kansas City. The restaurant is literally connected to a gas station. Compared to Q39 which offers amazing bbq in a more sophisticated restaurant & bar setting. Like I said. There is something for everyone in both spots, with each offering killer BBQ.

We had planned to skip an appetizer  to save room for the BBQ, Slaw and Fries, however, we were surprised with a Pretzel & Apple Appetizer courtesy of a friend of the Holland’s. This is not the first time this has happened. I joke that the Hollands are the mayors of K.C. Wherever we go, they know someone and are warmly greeted and adored.  I was thrilled with the surprise as I love pretzels & cheese. Who doesn’t, right? Along with the Soft Pretzel was a yummy cheese sauce and tart green apples. What a delicious start to the meal! 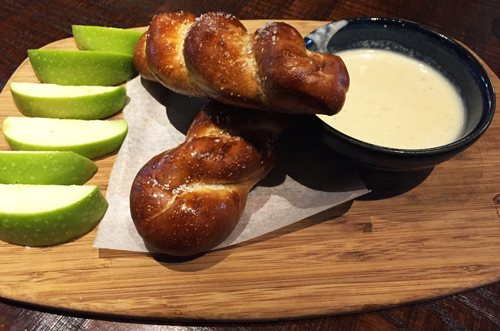 Katherine and I decided to share a BBQ platter, since we wanted to try as much as we could on the menu. The platter included Pulled Pork, Brisket, and Ribs and we chose the infamous Apple Cole Slaw as our side. Delicious. Mrs. Holland recommended French Fries for the table. Thank god for the fries order. I may have eaten more fries than meat. They were definitely home-made cooked to a nice golden color with the perfect crispiness. Just how I LOVE my fries.

As expected, the BBQ was divine. I typically enjoy Ribs & Pulled Pork the most and I was shocked that the Brisket blew me away. Katherine said the same thing. Obviously the Ribs & Pulled Pork were fabulous. However, it was the Brisket that really was the unexpected winner. Be sure to visit Q39 during your next K.C. visit and see what you think. 1000 W 39th St. Kansas City, MO. 816.255.3753. 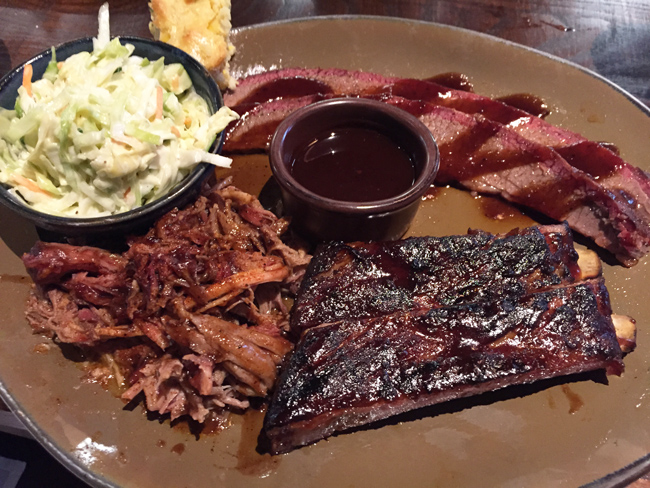 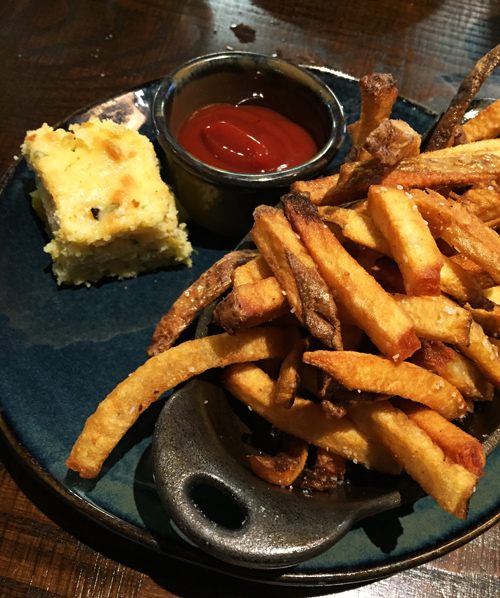 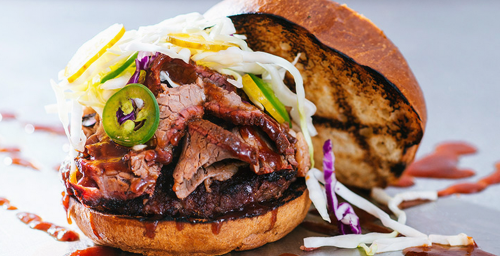 Brisket sandwich (on my bucket list for next time) 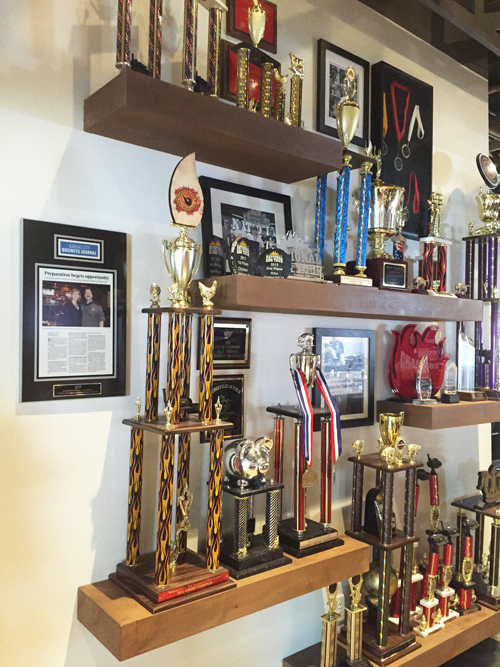 Clearly these guys know what they’re doing. Check out all the awards!!