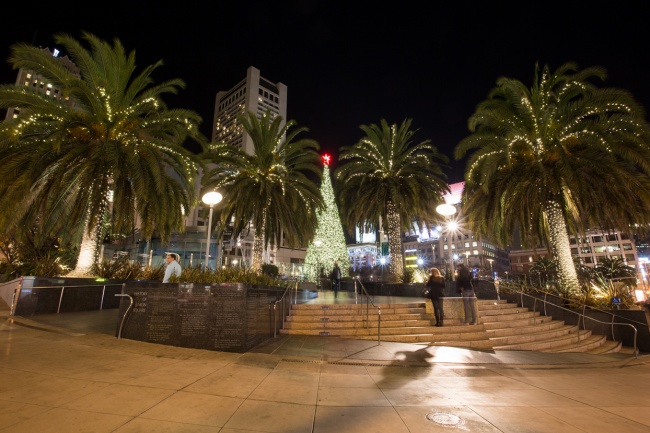 For those of you who like me, get very excited as the Holidays near. I saw this fabulous list, courtesy of San Francisco Travel which I loved so much that I wanted to it share with you. Check out 12 festive ways to celebrate the holidays in San Francisco…..

You know the song, but do you know how to find all the items from “The Twelve Days of Christmas” in San Francisco? Some are harder to find than others, but we’ve laid it all out here for you. Why not attempt a Christmas scavenger hunt while you’re here? See if you can you cross all of these off your list in one visit.

A Partridge in A Pear Tree
San Francisco’s Union Square may not have a pear tree, but it’s got something better: their Christmas tree, right in the heart of the shopping district and in close proximity to some of the city’s most extravagant window displays. The big, beautiful Christmas tree shares pride of place in Union Square with the handsome mahogany Bill Graham Menorah erected every year to celebrate Chanukah and honor Jewish tradition. 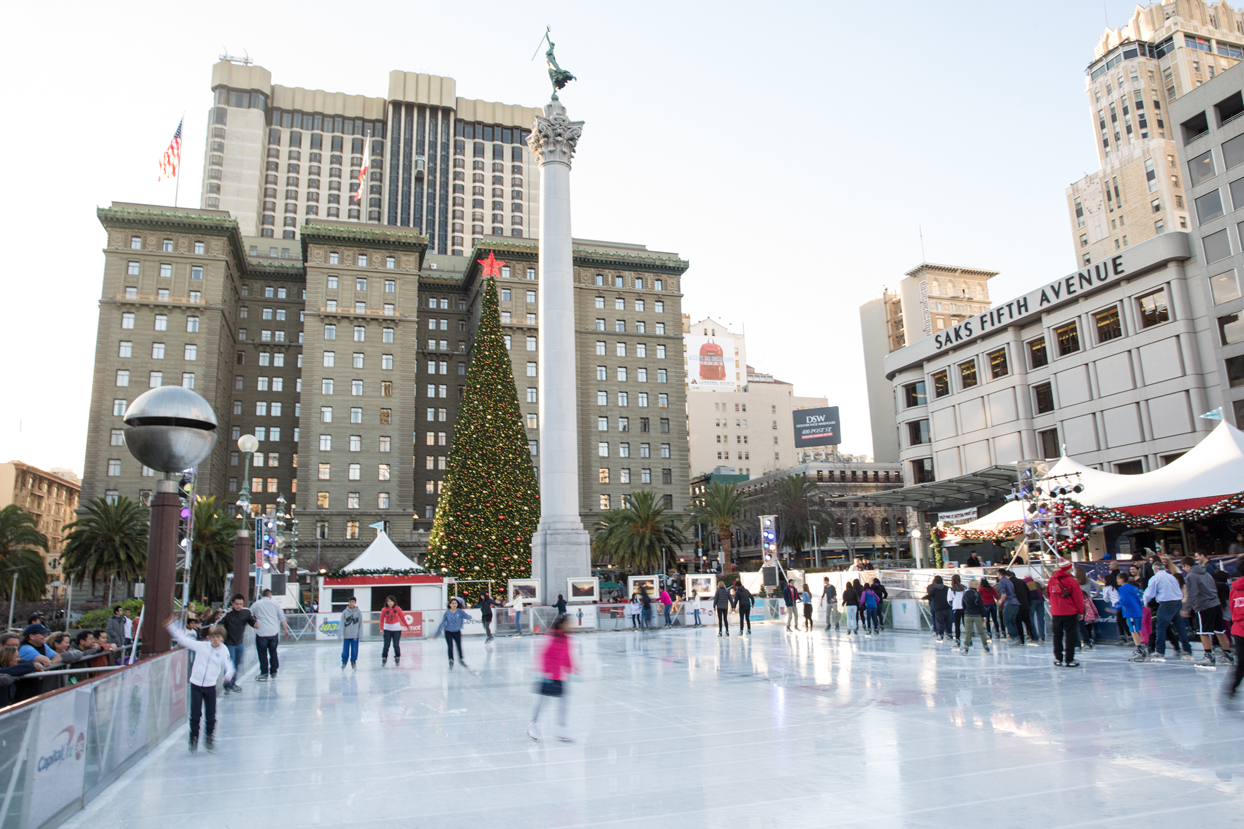 Two Turtle Doves
Feeling lovey dovey? Indulge yourself and your special someone with the stylish surroundings, romantic music and exceptional cuisine of Bix. Located in the Jackson Square neighborhood mere blocks from the waterfront, Bix is a genuine San Francisco icon and continues to be one of the most exclusive spots in town. 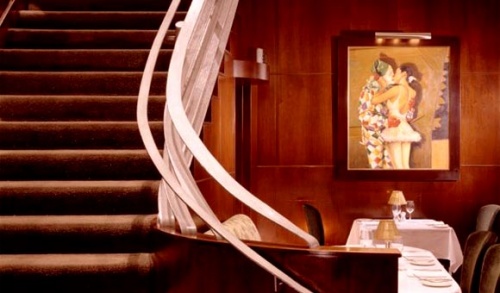 Three French Hens
Why stop at French Hens? Head to the San Francisco Zoo & Gardens and see birds and other creatures from all over the world. African ducks, Chilean flamingos, Eurasian owls and plenty more species can be found there. On select nights from Dec. 4 to Jan. 3, you can enjoy Zoo Lights, a magical display of twinkling holiday cheer complete with hot apple cider and cocoa.

Four Calling Birds
Switch out birdsongs for classic carols and see American Conservatory Theater’s annual production of Charles Dickens’s “A Christmas Carol,” a highlight of every holiday season (Dec. 4-27). Performed in A.C.T.’s beautifully ornate, century-old structure in the heart of the theater district, the spirit of the holidays is sure to be on display inside and outside the theater. 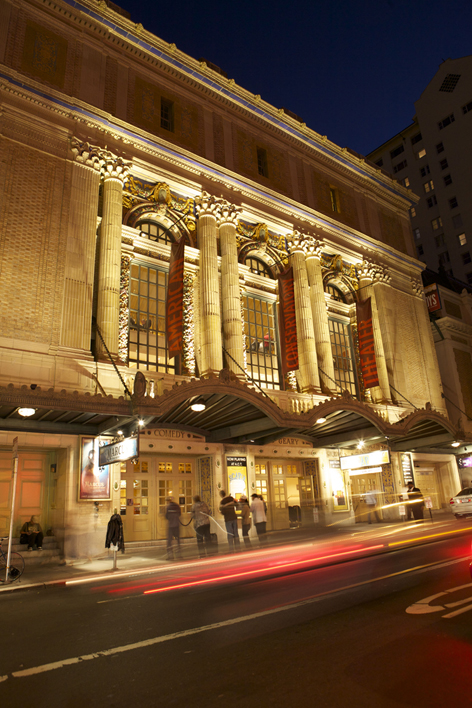 Five Golden Rings
Rings of gold, platinum and diamonds, not to mention gem-encrusted bracelets, necklaces, watches and other jewelry of fine design and high quality are the stock in trade of Shreve & Company, which has served San Franciscans and welcomed visitors since 1854. 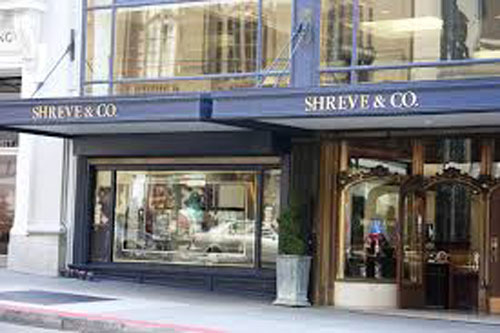 Six Geese-a-Laying
Chickens fill in for geese at the bountiful breakfast table at Palm House, a Caribbean-seasoned favorite in the Marina neighborhood. Don’t miss their flavorful interpretation of Huevos Rancheros. You could also journey out to the Cliff House, with its dramatic views of the Pacific Ocean, and enjoy their legendary Sunday brunch. 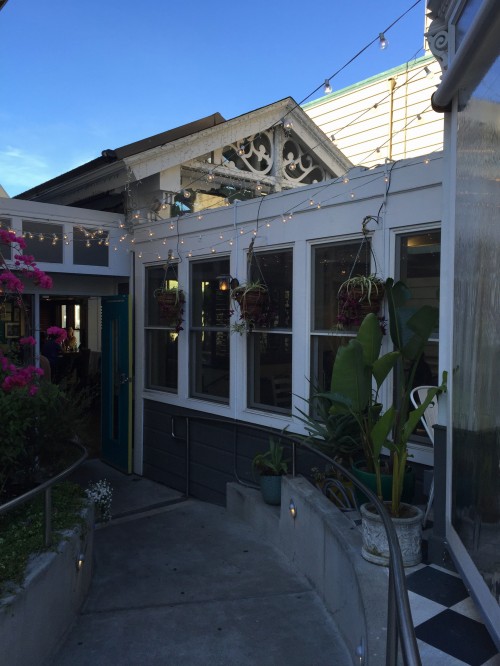 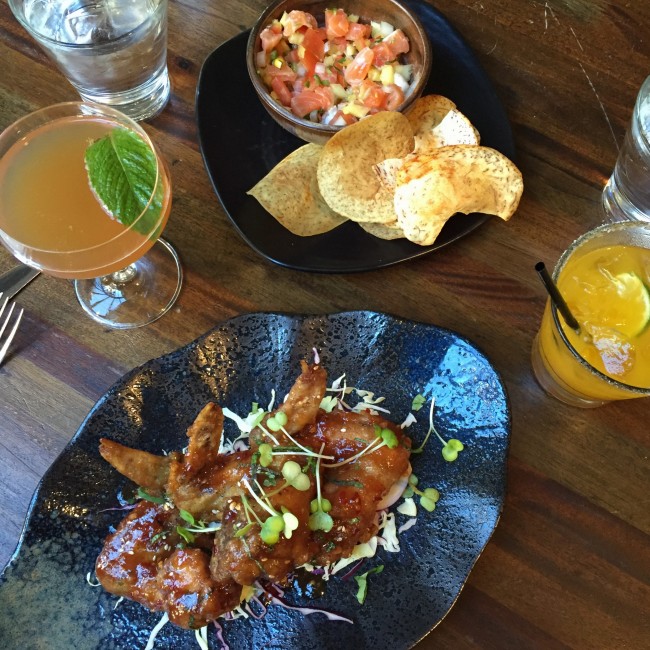 Seven Swans-a-Swimming
The resident swans at the Palace of Fine Arts have been a beloved fixture for years. The neo-classical, open-sided Palace — the lone surviving building of the 1915 Panama-Pacific Exposition — is flanked by a man-made lagoon where swans gather and glide across the water. A popular spot for photo opportunities and just plain relaxing, the Palace is a must-see for first-time visitors. Be sure to stop inside to see what’s being showcased at the new Innovation Hangar. 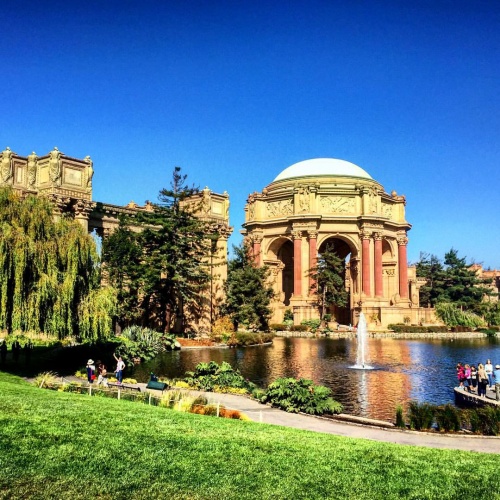 Eight Maids-a-Milking
And where did that fresh milk go? Why, into milk chocolate, of course. Specifically, Ghirardelli Chocolate poured over fresh-made ice cream sundaes at the Ghirardelli Chocolate Company shop in Ghirardelli Square. This restored red brick historical landmark, once a chocolate factory, has defined the northern waterfront for years. Browse through dozens of shops, selling more than just candy, and enjoy the views of the Bay while you’re at it. 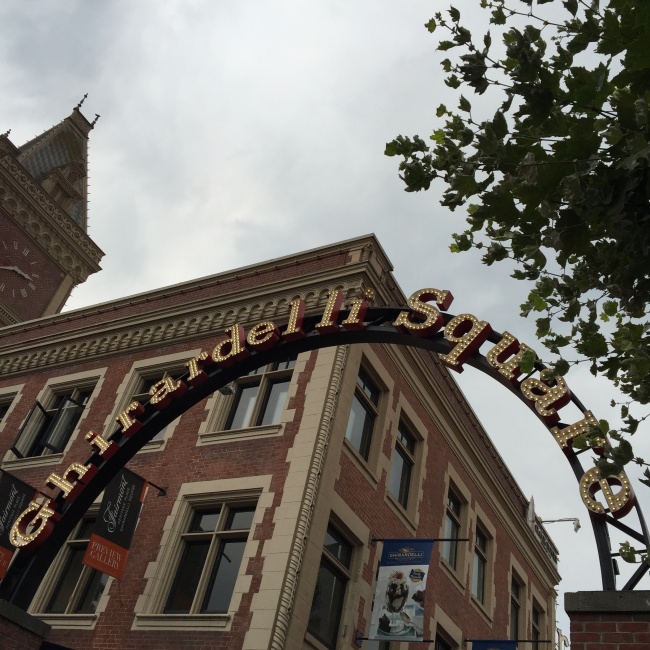 Nine Ladies Dancing
Every little girl’s heart will be delighted by the ballroom dancing and message of hope in “Cinderella” (Dec. 5-20) performed by the African-American Shakespeare Company. Stay after the show for photos with the royal couple.

Ten Lords-a-Leaping
Defending NBA champions Stephen Curry, Klay Thompson and the rest of the Warriors squad will be playing for another title at Oracle Arena in the East Bay. See them in action against the Utah Jazz on Dec. 23 and against their key rivals, LeBron James and the Cleveland Cavaliers, on Dec. 25.

Eleven Pipers Piping
There are pipes and an assortment of other instruments in the San Francisco Symphony, one of the most acclaimed orchestras in the nation. Visit Davies Symphony Hall from Dec. 17 to Dec. 19 for their performances of Handel’s legendary “Messiah,” a holiday standard and one of the most famous pieces of classical music ever composed. 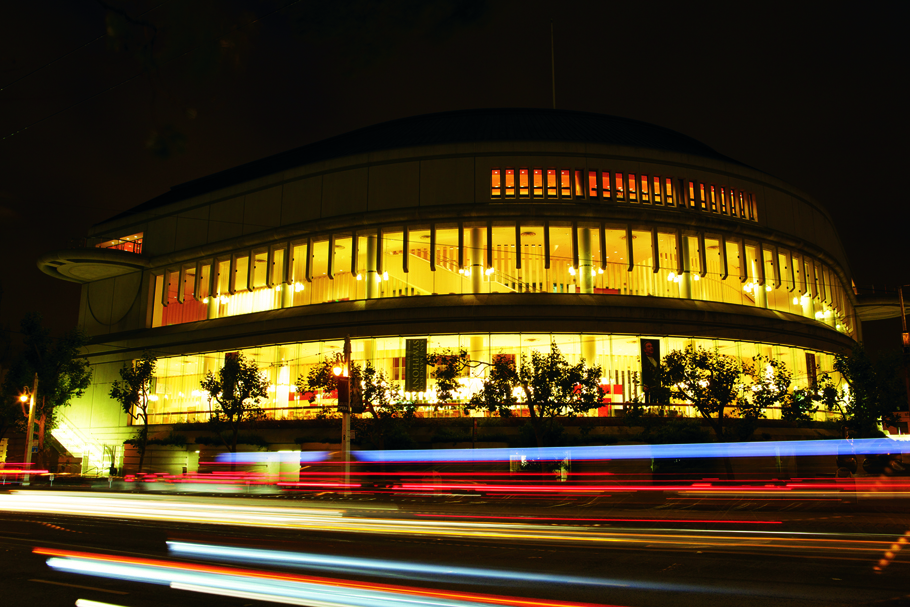 Twelve Drummers Drumming
Expect plenty of percussion in the stands of Levi’s Stadium on Dec. 26 when the Big Ten and Pac-12 conferences clash in the Foster Farms Bowl. Teams have not yet been selected, but between these two powerhouses of college football, it’s almost a guarantee that the game will be an exciting one.

The Top 10 Resorts & Hotels You Will Never Want To Leave