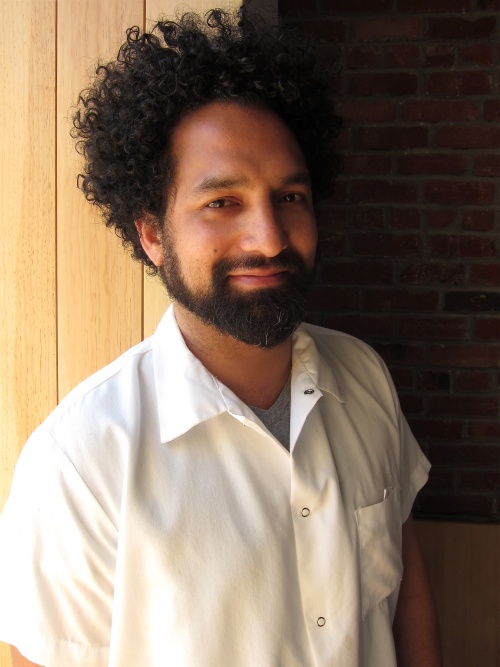 What was your first memory of cooking and what did you cook? Cooking has always been in my family. My earliest memory of food is shopping with my Grandmother in China Town on Ohahu and watching her cook.

When did you know you wanted to become a chef? Well, there is a huge difference between being a chef and being a cook. I knew I first wanted to be a cook when I worked at a pizza restaurant while in college in Wako, TX. I fell in love with camaraderie and the repetition.

What was your first role as a chef? I was a sous at Boulevard and went on to become Chef de cuisine.

Who has been the most influential mentor or chef in your career? Nancy Oakes. I really admire her in so many ways. I learned many things from her and love that she knows the importance of being present in her restaurants. My parents have also been huge role models and supporters to me.

Prior to Liholiho Yacht Club you worked at Boulevard and Prospect, followed by managing your own pop ups throughout the city. What came next?  I left Prospect when my son Makoa was born. I knew it was time for me to pull my own cart. The LYC pop-up began in order to survive and support my family. My wife and several close friends worked closely by my side for over 3 years to make the pop-up happen.

How was running a pop up different from your experience in a more traditional setting? How did it prepare you to run your own restaurant/kitchen? Running a pop-up is completely different from running a restaurant. It’s a huge gray area in all aspects. No rules define a pop-up. In the beginning we once had more than 50% of our reservations no call/no show. We were not only stuck with a profit loss but a huge amount of food to find a home for. With a pop-up you are relying on a lot of people to to support you, to trust you and to follow through. We were blessed with a close circuit of friends that really came through for us.

What does the name Liholiho Yacht Club mean or symbolize for you? Back in Hawaii in the early 80’s the Kealoha uncles would race Hobie Cats, and throw “pop up” parties to pay for their supplies. They would go to the beach, fire up the grill, ice down the beer, and get a band to play. And, they charged a modest price with the intention of making enough money to allow them to keep doing what they loved. Soon, they realized they needed a name for their ‘organization’, and the brothers — who lived on Liholiho street — decided to name it Liholiho Yacht Club. This is how the modern day LYC was born. We loved the name and the idea: Throw a party to allow you to keep doing what you love.

Was your intention to always launch your own restaurant? It wasn’t until my son Makoa was born that I realized I wanted to pull my own cart.

At what point did you know it was time for Liholiho Yacht Club to open and how long was the process from the first concept to opening? It was a process. It took 3.5 years of doing pop-ups and realizing I wanted to cook from my heritage. Finding a space, dealing with the city. There was never an exact moment where I was like, this MUST happen. When Jeff and I teamed up and soon after Allyson as well, this is when I knew the dream would be a reality.

What is your history with Jeff Hanak and Allyson Jossel that led to the fabulous partnership for Liholiho Yacht Club? They are long time trusted and respected friends. We have similar work ethics and similar beliefs when it comes to hospitality and life in general. Jeff and I had spoken about teaming up throughout the years but the timing was never perfect – this time it was.

For those that haven’t eaten at Liholiho Yacht Club, how would you describe the cuisine to them and the experience you and your team hope to share with them? It’s what we call heritage driven. We use California ingredients but I cook from my heritage. I am native Hawaiian, Chinese and Indian and I grew up eating a meld of these cultural foods along with the melting pot of Hawaii I had many culinary influences in my upbringing and to me I cook the comfort food from my own heritage. The vibe we hope to create is much like the expression on my mother’s face in the large photo that hangs in our restaurant – light hearted, whimsical, friendly and cheerful.

Tell us something that would surprise people about you? I can’t stand a fruit and chocolate combo. 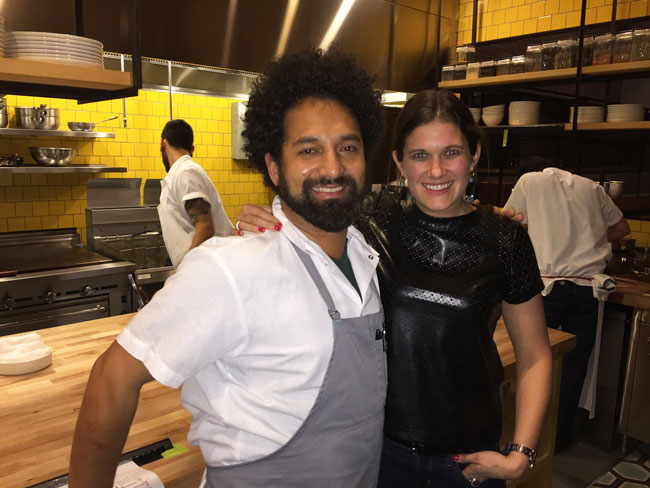 Once again, thank you Ravi for sharing your time, your passion, and your amazing Culinary skills with me and the J.S.F. readers!