Heidi Barrett is a name that anyone who knows about California Wine has heard about. Her reputation proceeds her and over the years I’ve had the privilege of getting to know her and her lovely approachable friendly attitude makes connecting with her and enjoying her wines even that much more special.

This Winter I partnered with the Calistoga WineGrowers helping them market their San Francisco Event where Heidi and the La Sirena team was sharing their wines. Read more about that event on the Emily Martin Event’s Blog here and learn more about Heidi and her spectacular winemaking history below!

What a lucky lady to have grown up in California with a father who was a winemaker.  You must have had such great exposure to the winemaking industry… What was your first wine job?

The first was probably working on the bottling line at the Monterey Vineyard (where my dad was winemaker) when I was in high school. I did a bunch of cellar work, lab, tasting room, tour guide, and odd winery jobs when I was 16-22. So I had already worked a bunch by the time I got out of college.

How did you know that you wanted to be a winemaker and study at the prestigious UC Davis?

Senior year, I thought about my potential career paths, and since I was always good at science and loved agriculture, I decided to pursue winemaking. I was deciding between winemaking like my dad or going into marine biology (a field I am still passionate about). UC Davis was the only school I applied to. Luckily, I got in! (laughs) At the time the wine department was a lot smaller and did not have the cutting-edge teaching winery and lab facility they have now. Every time I visit the Davis campus, I’m blown away by how far it has come from the late 70s when I went there.

Can you share a fun story about you and any of your winemaking friends at UC Davis (a walk down memory lane)…?

Well… the ones that were the most fun probably are not shareable. (laughs) I made wine in my bathtub! That was not so popular with my roommates, however. No one could use the tub and it did attract a lot of fruit flies. We also used to get pure alcohol from the distilling department and make drinks in our dorms. Not sure we should talk about that either, ha-ha. There were a lot of wild parties. One of my favorite memories was trick or treating for drinks at [the famous microbiologist] Dr. Kunkee’s house.

As someone with one of the most impressive resumes in Napa Valley can you share some of the wineries you’ve consulted for including legendary Screaming Eagle as well as share more about your brand La Sirena?

First, I want to set the record straight on the term “consulting” – people apply it to me all the time, but I prefer the term “independent winemaker”.  My current and past client list I have always been the winemaker, not consulting with someone else. I have had some consulting jobs over the years where I would work behind the scenes to troubleshoot and improve wines and blends, but I wouldn’t put my name on those projects – their winemaker should get all the credit for their work making the wines.

La Sirena started in 1994 as a fluke opportunity where I took over a custom crush client wine I had made of just 200 cases of Sangiovese. It was exciting and a little scary to have my own brand while making wine for all my clients. Over the years it has become a wonderful avenue to experiment with new varietals and blends, express my winemaking style and versatility and showcase the wines I personally love to make and drink.

What did it feel like to have created 5 perfect 100-point scoring wines and setting a world record for the highest price ever paid for a single bottle of wine ($500,000 for a 6L of 1992 Screaming Eagle at the 2000 Napa Valley Wine Auction?

I have always approached my work by simply trying to make the best wine possible every time. But I have to say it is very complimentary to have your wines highly regarded, and it does feel good to be recognized for your work in that way. The 100-point scores were exciting and definitely helped put my name on the map. Multiple of my clients’ wines were getting attention, so people started noticing me as a winemaker in my own right. It was a lot rarer back then when 100 points really carried a lot of weight. There were only a few wine writers then so these scores had so much merit, especially from Robert Parker. It really could make a winery or winemaker’s reputation just from a high score alone.

The wine auction in 2000 was definitely one of the craziest events in my life. It was an extremely specific moment in time for Napa Valley and the wine industry. It was explosive! The bidding on that bottle was going up, up, up, it was around 350k, and then bidder stood and raised his hand with all 5 fingers wide to indicate 5 (meaning 500k) and the tent went crazy. The roar was deafening. I felt stunned. It really was a historical moment. The best part is that the high bidder actually opened the bottle for his 60th birthday party in Paris a few years later to celebrate with friends and some press! I love that part of the story, because for me the best validation is people drinking my wines and loving them — that I had a small part in making their lives better.

I’ve also gotten to know your husband Bo Barrett over the years who is the Winemaker at Chateau Montelena. What is it like with two winemakers in the family?

Early on, it was particularly challenging, especially while raising a family. Harvest season was really tough every year because the hours are so punishing even under the best circumstances. We relied on my mom a lot to help with the girls when they were young. Now that our kids are grown it’s a lot easier. It’s nice to have someone to bounce stuff off, and who can really empathize with all the trials, tribulations, and the triumphs too. This is a very specific industry that outsiders don’t often truly understand. We mostly talk about other stuff, but wine chat does come up sometimes. (laughs)

As a winemaker you taste (and spit) lots of wine, what wine do you feel bad about spitting because you love it so much?

The Barrett & Barrett Estate Cab that Bo and I make together is definitely one. The new 2017 Aviatrix red wine for La Sirena is so good I did drink it while writing winemaker notes! La Sirena Chardonnay is another favorite I’m really having fun making and just can’t spit out.

Early on in my career, I bottled something that wasn’t totally cold stabilized. It left a ton of tartrates in the bottles that looked really bad. We had to do a lot of extra work to fix it, so I learned my lesson there!

Another funny one from around the same time – I was working the cellar alone and hooked up to pump to a bottling tank across the cellar that was out of my line of sight. There was a valve under the bottom of tank. I started pumping into it and heard a horrible noise – wine was spraying straight out the top in an incredible geyser all over the cellar. It was horrifying! It wasn’t that much wine, but it sure made a mess. Live and learn! Pump in through the racking valve, people!

What is your favorite after-work drink?

Cold beer! Blue moon is a fave. I like the mini Coronita beers too. Of course, iced tea or sparkling water are regulars but I do love a good margarita too!

What is your favorite local spot in Calistoga?

The Roastery! Clive is a true Calistoga character and I love their coffee and food.

I can fly a helicopter 🙂 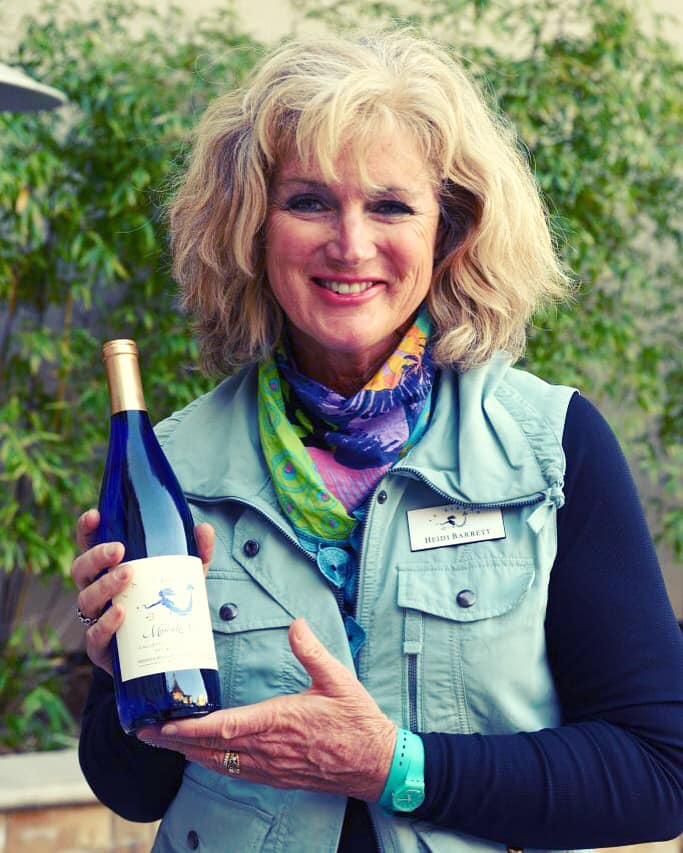 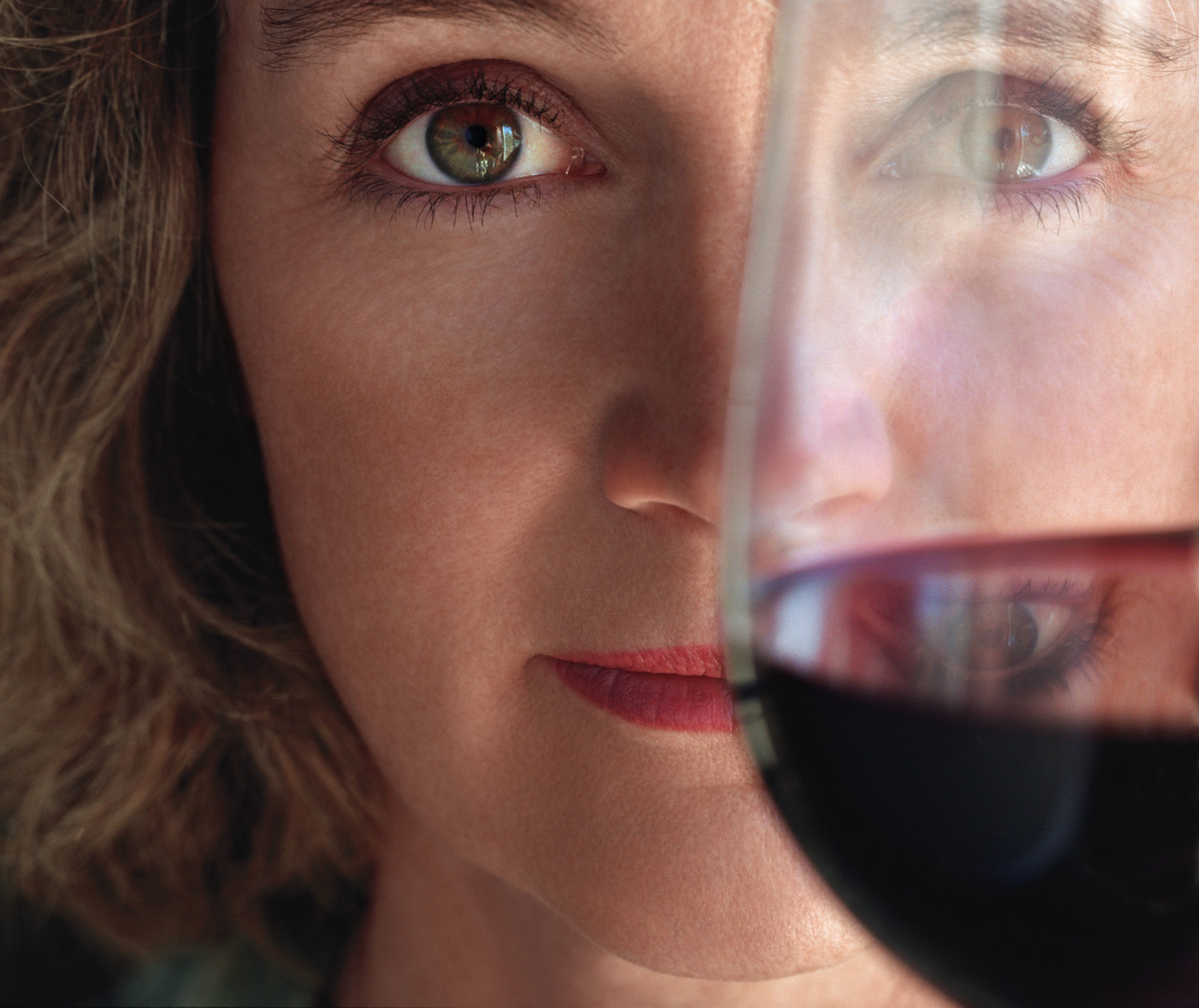 Interview with Winemaker Matt Dees of Mail Road Wines, The Hilt and Jonata