For those of you in the know of incredible Sonoma Wineries you already know about Three Sticks Wines. If you don’t, you need to know about them and their talented Winemaker Ryan Prichard. I have gotten to know Ryan over the years and he is fabulous! He graciously agreed to let me interview him for my Winemaker Interview series. You can learn more about him and the fabulous Three Sticks Wines Adobe in downtown Sonoma here.  This is one of the coolest tasting rooms I have experienced which was designed by the incredibly talented Ken Fulk.

Read more below and get to know Winemaker Ryan Prichard and the amazing wines produced by Three Sticks. 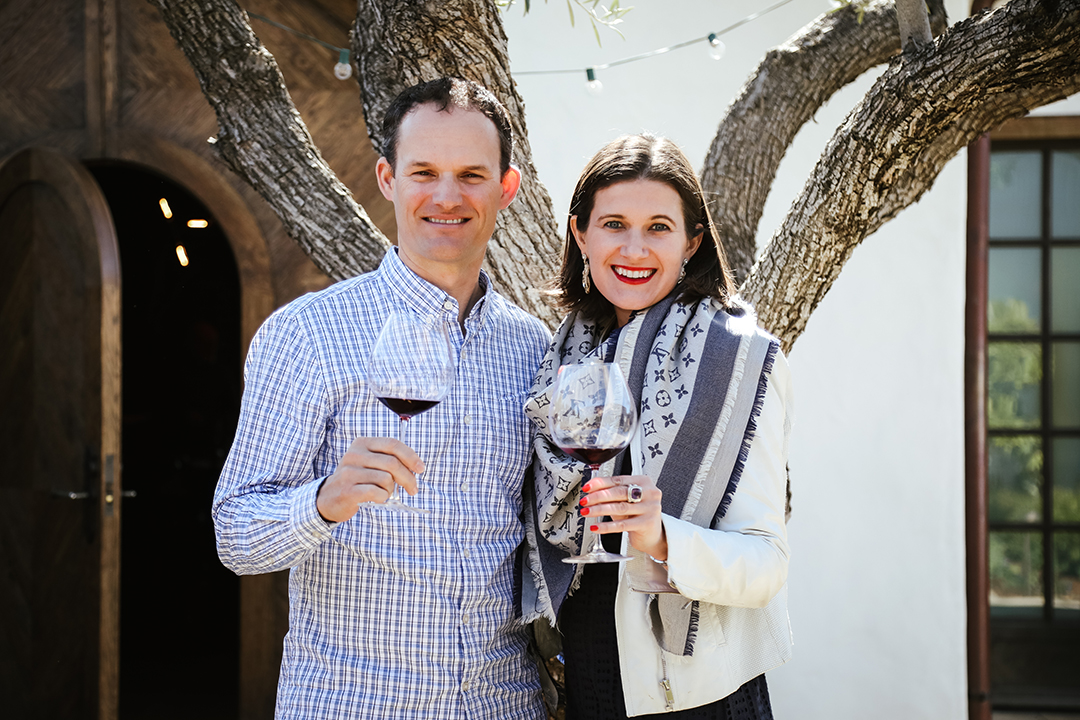 What was your first memory of wine and how did you know you wanted to be a winemaker?

My parents weren’t huge wine drinkers but growing up in Northern California, it was all around me.  We have family friends who lived up in Anderson Valley and they would make their own wine every year and anytime they’d visit they would bring a case of wine.  It was always fun to hear about what they traded with the vineyard owners for the bin of grapes.  It was with this family that I first learned to make wine – I would go up and help them crush their grapes for a few years to better understand the process.  It was fascinating and I was hooked.

What was your first wine job?

I spent a number of years after college learning about and making wine as a serious hobby.  I would help out with family and friends who’d be making wine, and when I got really serious I was living in Boulder, CO.  I would volunteer at a local winery and help them out during crush and would occasionally pour wine for them at festivals, etc.  It was a great way to learn the craft as well as some of the practical production issues that come up when making wine in a winery, as opposed to making wine in my second bathroom’s shower.  But once I decided to leave my career in technology product management, my first paying job was as a harvest intern at Williams Selyem in the Russian River Valley in Healdsburg, CA.  I couldn’t have asked for a better experience there.  What was originally meant to be a short harvest gig turned into almost a year there.  I learned tons.

What was your most unique wine job? (i.e. internship in Australia, cellar rat….)

The Williams Selyem harvest was special because I had just come from small wineries in Colorado, home winemaking and the like.  I got dropped into one the best Pinot Noir producers and got to see and help make some high caliber wines.  Everything was new to me so I learned a lot and learned a very specific and detailed way to make wine.  They don’t use pumps there so I also got to really get good at finding elevation to get my job done!

What is your favorite wine?

I don’t have a favorite specific wine – I love well-made wines of all ilks.  It really is dependent on time, location, weather, mood, people around and what you are eating.  Some days I have my heart set on a dry Gewurtztraminer and others a big and bold Cabernet.  But if you told me I could only have one varietal for the rest of my life I’d pick Pinot Noir in a heartbeat.  It is so versatile and sublime.

Oh, there are some good ones from overflowing a tank or putting the wrong labels on a wine for a bit.  While it wasn’t a mistake, I do regret not being able to do a harvest in the Southern Hemisphere.

I’m lucky to still work with my mentor!  Bob Cabral was the winemaker at Williams Selyem and I learned so much that year.  I always loved those wines and to learn the painstaking details that went into creating them was eye opening and inspiring.  I went on to work in a couple of other wineries between but I’m now with Bob again at Three Sticks where he is our Director of Winemaking.  I know a lot more now about winemaking but I’m still learning new stuff every day. 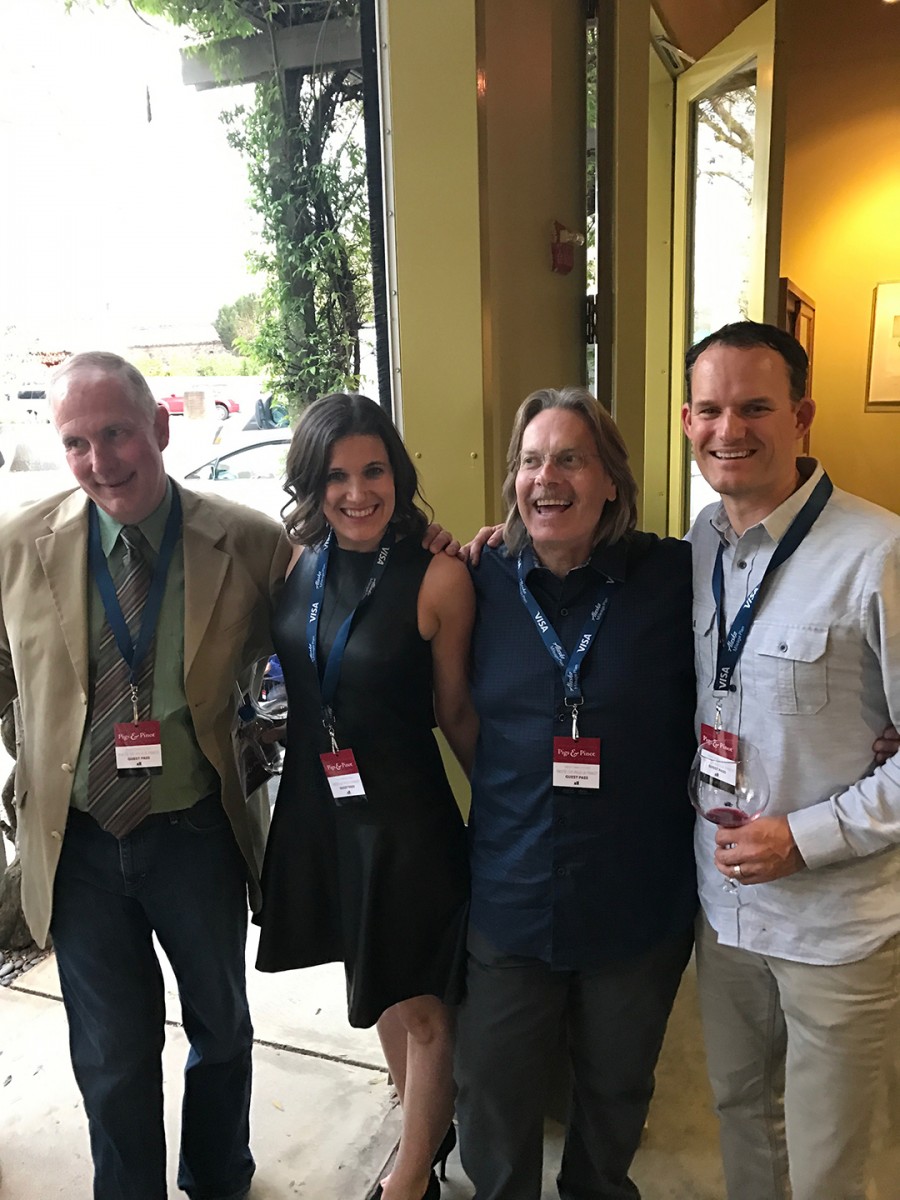 What is something you’d like to share about Three Sticks Wines and their history that many consumers may not know if they’re not familiar with the brand?

Three Sticks started in the early 2000’s after Bill Price bought the iconic Durell Vineyard from Ed Durell.  There were many wineries who had made highly-rated wines from Durell and the vineyard had earned a fabulous reputation for its Chardonnay and Pinot Noir.  Bill was interested in getting first-hand knowledge about what the vineyard was capable of and creating wines that he loved to drink.  Bob and I came on in 2015 and we are excited to continue this passion and create noteworthy wines from Durell and our other top vineyards.

We also get asked about our name a lot so I thought I’d clear that up.  Our owner and founder’s full name is William Price III.  Growing up in Hawaii, his surfing buddies gave him the nickname “Billy Three Sticks” – poking fun at the roman numerals after his name.  He still gets called that when he returns home and surfs his home break!

What differentiates Three Sticks Wines in the California wine market?

There are a couple of key things we find important.  First, Bill owns some of the best vineyards in California.  Durell, Gap’s Crown, One Sky, Walala among others produce some of the finest grapes and we get to pick from the best blocks within those vineyards to make wine from.

From a winemaking perspective, we are using techniques that really respect these sites, be it native fermentations, low SO2 use to the barrels we use – we actually are able to go out to the forests with one of our coopers and select the wood to be used for our barrels.

Finally, how we interact with our mailing list members.We invite our members to taste with us at The Adobe, our tasting salon just off.  We want to connect and share what we call “table fellowship” with them.

How did you connect with Three Sticks Founder and Proprietor Bill Price and get involved?

I was introduced to Bill by past colleague and really hit it off.  I was impressed with Bill’s vision and goals to make unique and special wines.  His vineyards were tops, his team was passionate and talented, and his plan for creating a winery that truly connected with our members impressed me.  In the cellar alone we have really talented people all helping to make our vision a reality.  Ashley Holland, our Associate Winemaker is a fantastic winemaker and joined us after a long stint making wine in New Zealand and Hector Cisneros, our Cellarmaster is probably the longest tenured employee at Three Sticks!  All of this and reconnecting with my mentor, Bob Cabral, made joining Three Sticks a no brainer.

What is your favorite after work drink?

There is not much better than an ice-cold Pilsner or IPA after a long day at work.

What is your favorite local spot in Sonoma?

There are so many great spots but I love eating at girl and the fig and El Dorado Kitchen.  And, if you are looking for bubbles, Sigh is a great wine bar focused on sparkling wine.  Now I’m realizing…. can I change the answer to the last question to “sparkling”?

When I was in middle school I went and played a harmonica with a friend in front of Macy’s around Christmas time.  We didn’t really know how to play, but we thought it was a cool way to earn some extra cash.  My uncle who happened to pass by was shocked and a bit worried to see us there.  After talking to him a bit it was at that point that I realized we were pretty much panhandling.

Napa Family-Owned Wineries To Get To Know