Quince Restaurant’s Curate At The Hedge

As a local to San Francisco for almost two years, I’ve always wanted an excuse to dine at Quince Restaurant. I’ve been for drinks, which was great, however, it’s still not the same experience as dining and enjoying their fabulous culinary delights.  Everyone that’s in the know in the San Francisco (or for that matter in the United States) Restaurant scene knows that Chef Michael Tusk is one of the best in the game. I couldn’t have been happier to hear that during Quince Restaurant’s one month restaurant renovation they were hosting a Pop Up Dinner Series called SF Curate.  As if attending this awesome event wasn’t enough, I was lucky enough to meet the Chef which was great. I’m not sure if we connected as both former East Coasters (gotta love the direct East Coasters in California) or just because he’s a super cool nice guy. Regardless, I’m an even bigger fan now we’ve met and can’t wait to return to Quince post renovation to dine and see the new space.

The event was held just across from Quince Restaurant at Hedge Gallery.  I had the pleasure of enjoying The Canape Reception which is an hour reception followed by the sit-down dinner. The Canape ticket is $50 vs. the sit-down dinner ticket which is a $199 and the Pop Up series runs July 30th (the premier evening when I attended) through August 30th. If you’re a foodie or want an excuse to experience Quince Restaurant as well as a beautiful setting with spectacular art I highly recommend either the Canape Reception or the Sit-Down Dinner.  To be honest, after nibbling on the amazing Canapes I’m not sure if I’d have much room for the Sid-Down dinner but I’m sure if you pace yourself it would be possible.  For the Event Premier the Art on display was Jeffrey Fraenkel, of Fraenkel Gallery: Exploring photography and its relation to other arts. You’ll find a few of my favorite pieces from the exhibit shown below.  Quince Restaurant at The Hedge Gallery. 501 Pacific Avenue. San Francisco, CA. 94133. 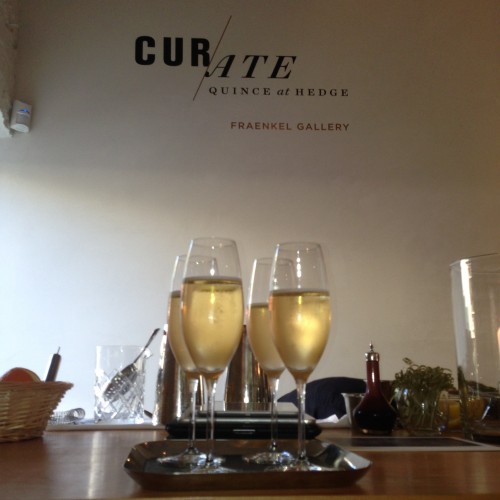 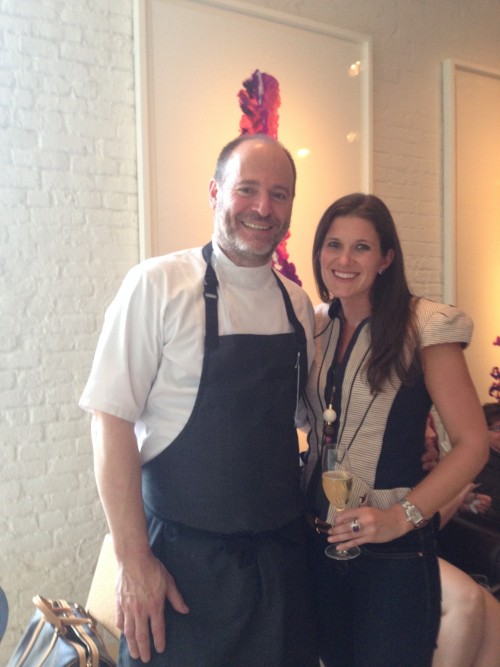 The highlight of the event was meeting Chef Michael Tusk!! Love him 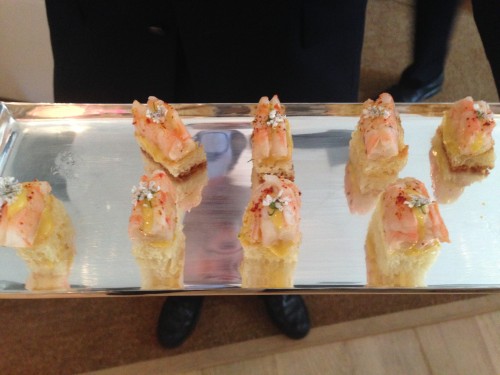 Shrimp Toast with Corn miso, Fino basil. This was my FAVORITE of the Canape’s!!! 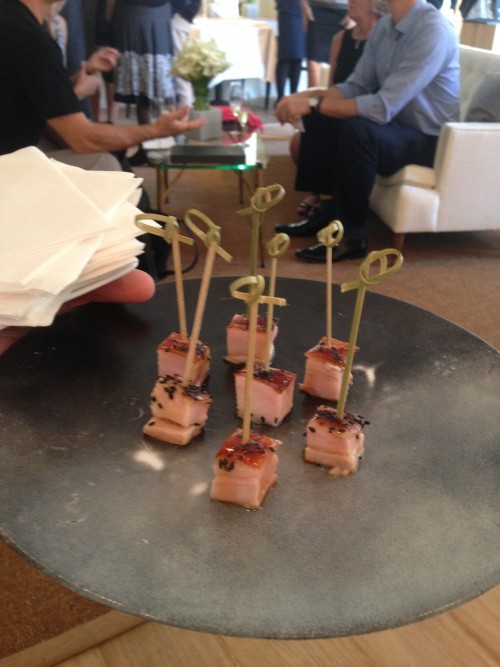 Pork Belly with Honey Glaze and Black Sesame Seed. Beyond flavorful and delicious. 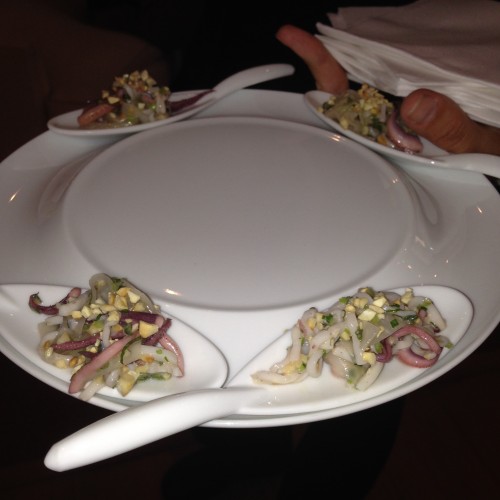 Monterey Bay Squid with Rice Vinegar, Chile, Toasted Cashew, and Jalapeño. Another Canape that I loved!! 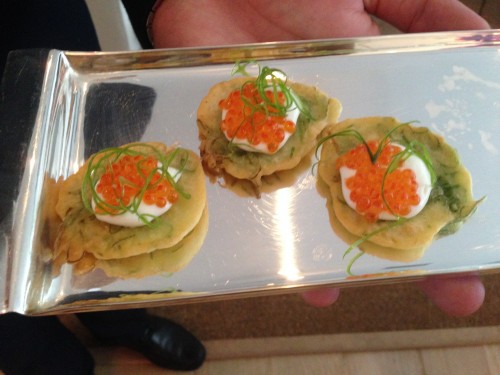 Scallion Pancake with Ginger Crème Fraiche, Trout Roe and Scallion.  I’m not a Trout eater but I still tried this and LOVED IT! 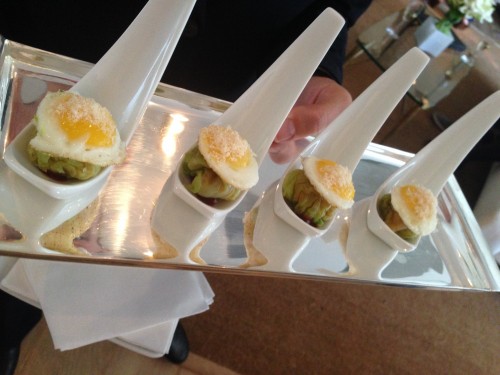 House Made Kimchi with Fried Quail Egg and Dried Scallop 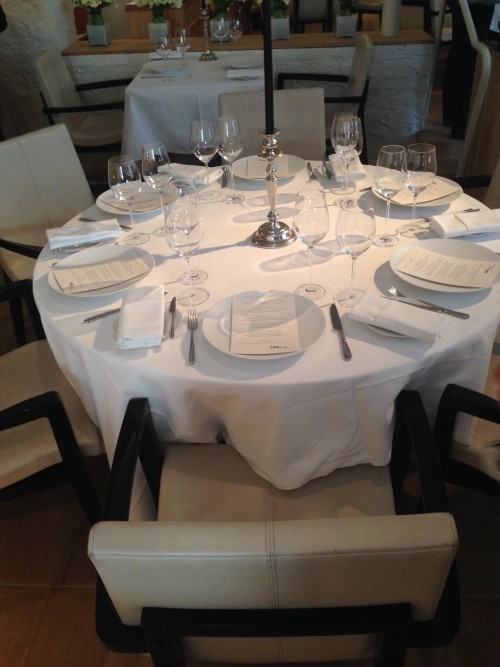 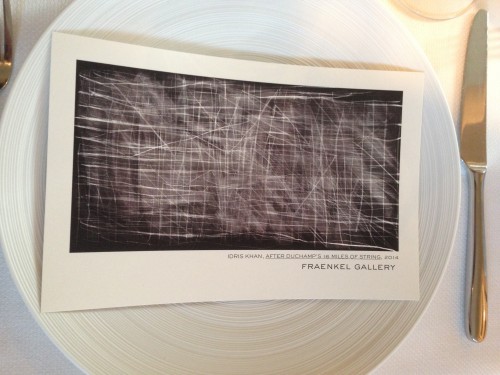 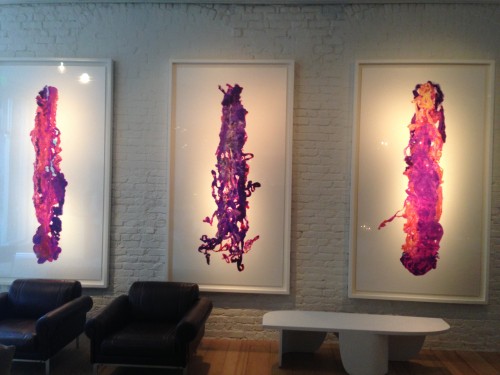 My favorite piece there, not only because it’s Pink but because it represents Pig Intestines. Very cool! 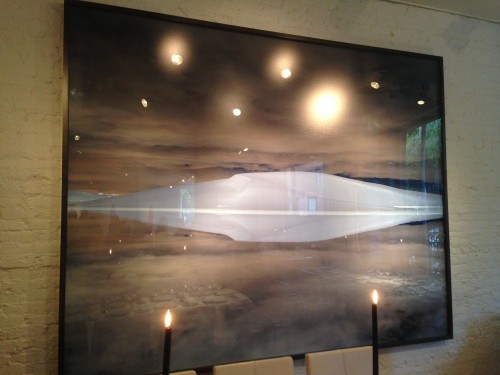 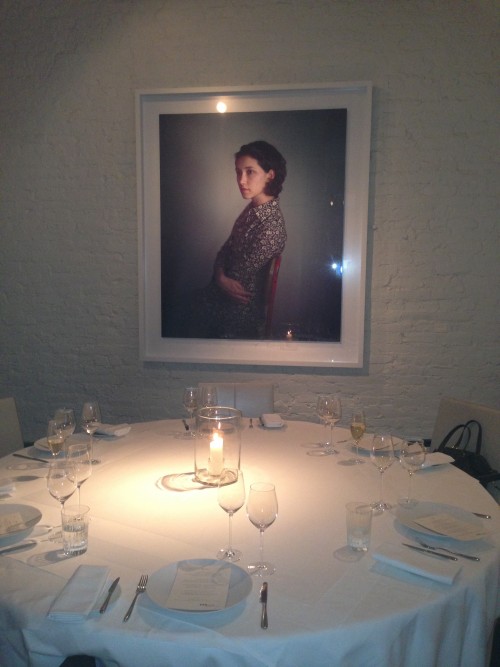 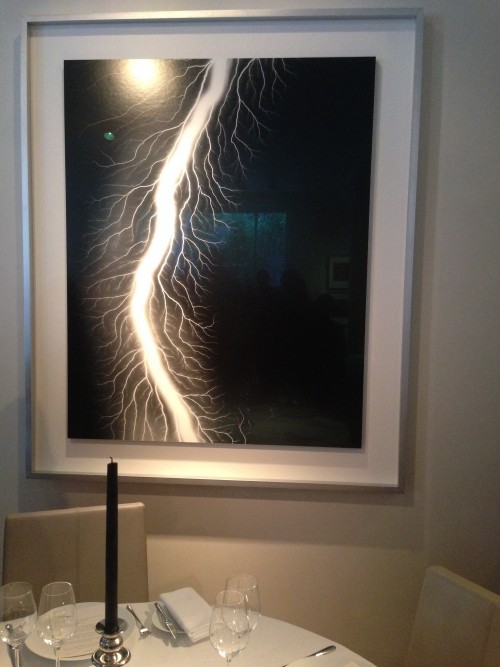 Thailand: Bangkok Other Must Do's & Shopping