For those of you that live in or near The Marina or Cow Hollow like me, you were probably sad to see Des Amis close (which was the sister restaurant to one of my favorite neighborhood spots Spruce). However, as they say “with every door that closes, another opens” which is exactly how I felt after experiencing Union Street’s Belgian Hot Spot, Belga which opened two years ago today! 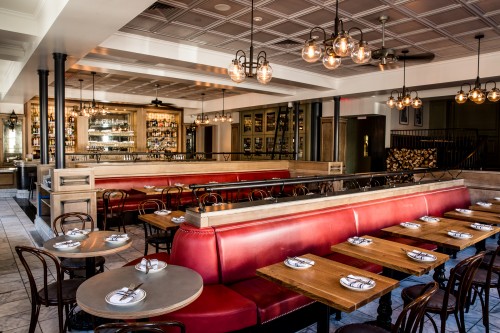 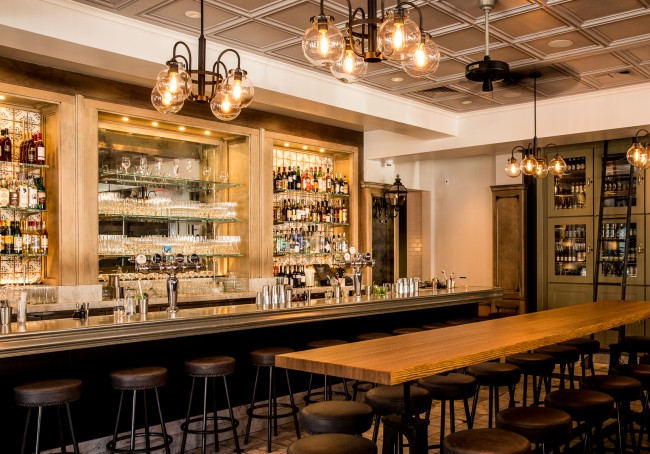 What is Belga and what makes it a hot spot? Belga is an incredible concept from Adriano Paganini of restaurants you probably know including Uno Dos Tacos, Beretta, Super Duper, Lolinda, and Delarosa amongst others. 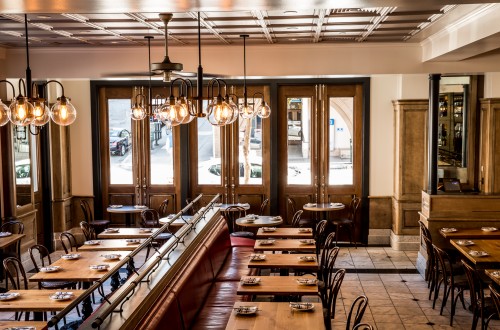 Upon entering Belga you’ll experience a light, open, cool, casual feel. During my first visit when we arrived around 6:30pm the bar area was bustling, literally, no seat to be had at the bar or communal family style table.  This was also on a Tuesday night. Kudos Belga that’s pretty impressive! 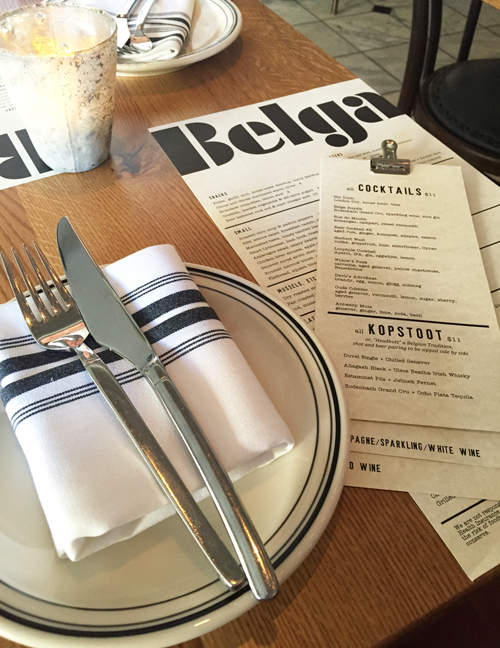 We were immediately seated and greeted with a warm welcome from our server.   It was pretty apparent from the first minute she started rattling off the menu and the various beers on tap and by the bottle that this girl really knew her shit. Literally. She was reciting the specials and after asking what were the must try’s she quickly responded the Roast Chicken, the Mussels and the Beef Stew.  We followed her advice starting with Mussels and sharing  the amazing Carbonade Flemish Beer Stew and the Bavette Steak as our entrees. 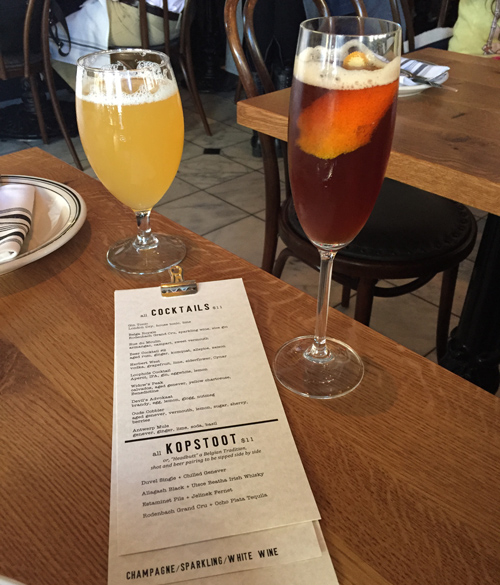 Speaking of Beer, when Belga opened, they had over 60 bottles categorized by descriptors as Light, Hoppy, Funky, Fruity, Sour and Contemporary. There are an additional 10 on tap, a half-dozen ciders and a full bar menu with cocktails. I really had no idea what I was in store for with the extensive Belgian Beers and the selection and pairings were truly the biggest surprise of the meal. 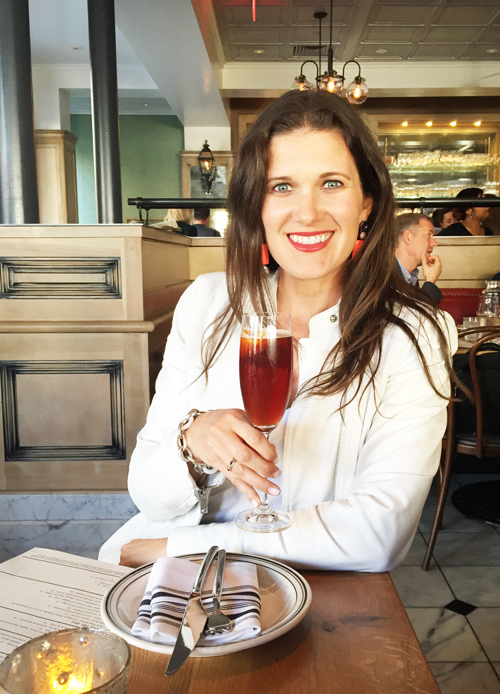 Starting off the meal with the Belga Cocktail. Yummy! 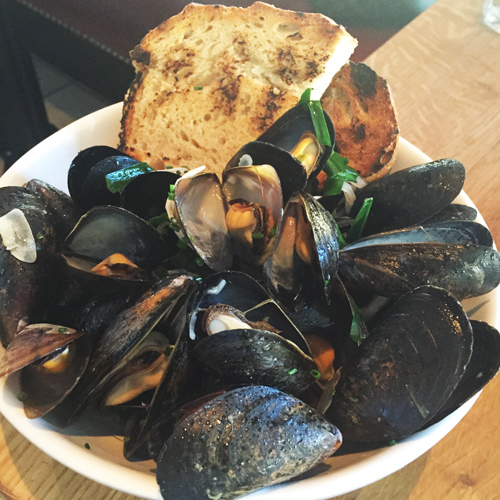 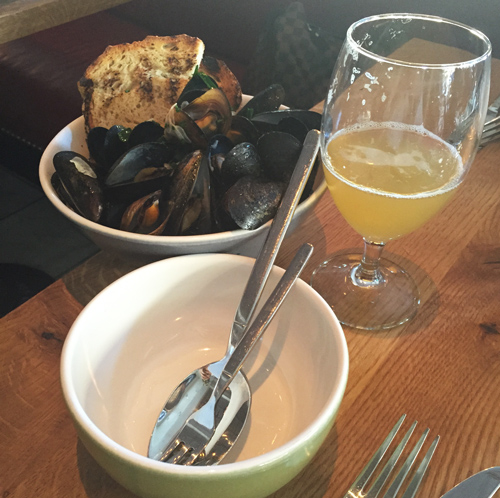 Throughout our meal, Ryan Murphy, the Bar Manager kept sending over beers pairings with each dish. Although you may not expect it knowing how much I adore Wine, I also love beer. I guess it’s the Big 10 Midwestern girl in me. I quickly realized this was going to be more than just a yummy dinner, rather a fabulous meal with perfect beer pairings with each course. How fun! 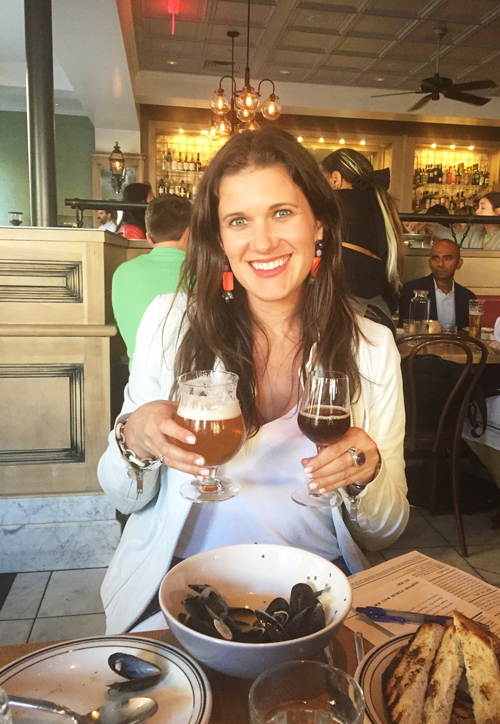 The Pan Roasted Mussels $15 paired perfectly with the Duvel Single (draft) Beer. This was the lightest of the by the glass beers and we immediately fell in love with it. It is similar to a Hoegarden or even an Allagesh White (my go to). The Mussel’s were amazing. They had a spectacular broth with strong garlic flavors. The broth was so delicious I immediately asked for more bread as the minimal 2-3 pieces that comes with the Mussels is definitely, not enough for serious dipping in the to die for Mussel Juice.  These Mussels were truly life changing. Even if you don’t love mussels (a group I thought I was a part of prior to experiencing Belga’s Mussels) these will make you a Mussel lover! 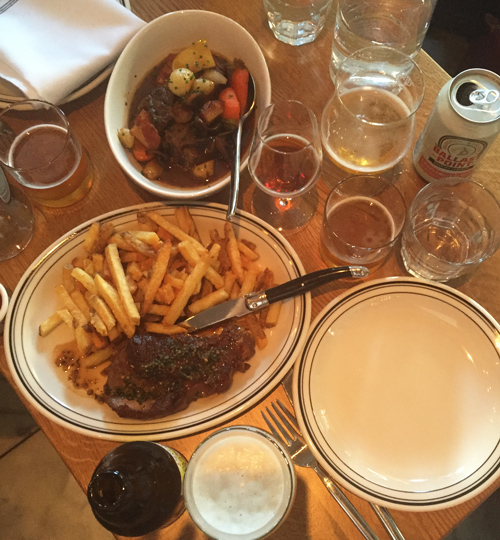 After the Mussel’s we moved onto our Entrees a Bar Steak au Poivre & Frites $19  and the Carbonade Flemish Beer Stew $23. Between the two, I highly recommend the Beef Stew. The meat was beyond tender yet the vegetables weren’t mushy or overcooked (typically found in a stew with such soft, tender meat) rather, just perfect. We were both going crazy for this stew, literally licking the dish clean. The entrees were paired with The Rodenbach Grand Cru (draft in the small glass) followed by the Grapefruit Sculpin Beer and the Houblon Chouffe Beer. As each beer was introduced with the food, they seemed to perfectly enhance the flavors of the dishes and the tastes of the beer. 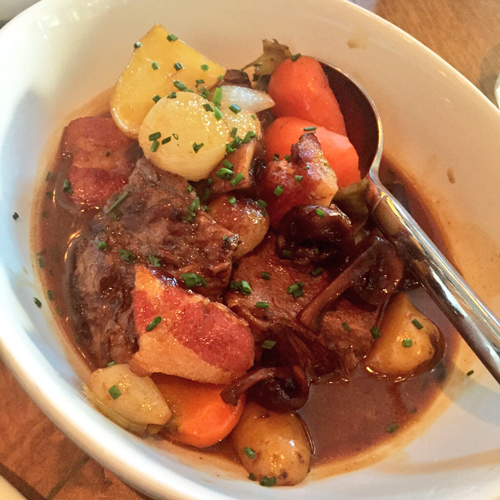 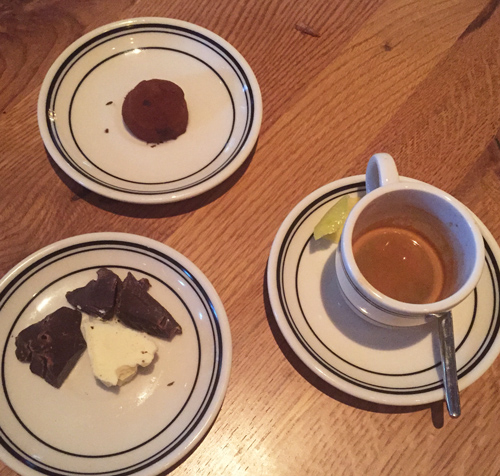 After concluding dinner we realized we were utterly stuffed so passed on dessert. Clearly this wasn’t going to fly as the team surprised us with some chocolates. Both were delicious and the perfect pallet cleanser after our delicious Belga meal.

Emily, The JetSetting Fashionista and guest enjoyed a complimentary meal during this visit. However, Emily was not paid to write this post and only write posts or features about restaurants, wineries, hotels, products or destinations that she personally enjoys and proudly endorses and wants to share with her readers. All opinions expressed are her own.