WAS THERE A MOMENT THAT YOU REMEMBER WHEN YOU KNEW THAT YOU WANTED TO WRITE ABOUT WINE?

Yes, I was in my early 20s in New York. After collecting 324 rejection slips from magazine editors, I got my first “big break” when the Village Voice published a piece of mine (it was on butter). Over the next several years, I became a fairly successful food writer, but I secretly really wanted to write about wine. The problem was, wine was terrifyingly complex and there was no way to learn about wine back then.

WHERE DID YOU OBTAIN YOUR FORMAL WINE EDUCATION AND KNOWLEDGE? IF SELF-TAUGHT WHAT ARE THE RESOURCES YOU USED MOST?

When I started in the 1970s, there were no wine schools and no tastings you could attend. There was no way to learn about wine except to read books written by the great British authors like Hugh Johnson. So I read a lot. But reading alone isn’t sufficient. To learn about wine you have to taste too. Figuring out a way to taste the world’s great wines while being a writer who had no money… that was the challenge when I started out.

WITH YOUR PASSION FOR WINE KNOWLEDGE AND YOUR BRILLIANCE, HOW DO YOU CONTINUE TO LEARN AND GROW YOUR WINE KNOWLEDGE? I’VE SEEN YOU AT WINE EVENTS AND FORMAL WINE TASTINGS OVER THE YEARS, WHAT ELSE DO YOU DO TO STAY IN THE KNOW AND CONTINUE TO BE REGARDED AS ONE OF THE MOST KNOWLEDGEABLE EXPERTS IN WINE?

I taste a lot and I pay attention to wine. I never (ok rarely) just drink a glass of wine without thinking about it. I do a lot of primary research. I’m always writing to winemakers and vintners asking questions.

The first edition took 10 (unpaid) years to write. I did not write The Wine Bible with the expectation that anyone would buy it. I wrote it because it was the book I wished I had had when I was in the first steep curve of trying to learn about wine. (The name The Wine Bible was the publisher’s idea; not mine). I still am in a bit of shock that it’s sold over one million copies. The second edition only took 5 years to write. And I’m now working on the third edition, which will have taken 3 years by the time I’m done. I’m getting faster!

WHAT DOES IT FEEL LIKE TO BE THE ONLY AMERICAN TO HAVE WON EVERY MAJOR WINE AWARD GIVEN IN THE ENGLISH LANGUAGE INCLUDING: THE JAMES BEARD AWARD FOR WINE AND SPIRITS PROFESSIONAL OF THE YEAR, THE LOUIS ROEDERER AWARD FOR BEST CONSUMER WINE WRITING, AND THE INTERNATIONAL WINE AND SPIRITS AWARD AS THE GLOBAL WINE COMMUNICATOR OF THE YEAR?

I don’t really think about those awards although I’m very grateful to have won them. I’m also grateful to be the kind of person who likes hard work and long projects. To get me to do anything, all you have to do is tell me it can’t be done….

WHO HAS BEEN THE MOST INFLUENTIAL MENTOR IN YOUR CAREER?

A man named Harvey Marshak. He’s an entrepreneur in New York and has owned many businesses, none of which have to do with wine. But he took me under his wing and taught me how to be a good business person and how to make good business decisions and that’s been invaluable. He’s become like my older brother.

I RECENTLY LEARNED THAT YOU ENJOY A GLASS OF CHAMPAGNE DAILY. WHAT INSPIRED THIS DELICIOUS HABIT? WHAT BRAND OR REGION OF CHAMPAGNE DO YOU FIND YOU OPEN THE MOST?

I think it’s important to demarcate the day from the night. A glass of Champagne is the way I do that. Even if I’m still at my desk, I open a bottle and have a glass. That glass is a confirmation of having worked hard all day. And it’s not even expensive. I buy nonvintage brut Champagnes for about $40 a bottle. That’s $8 a glass. I know people who spend more than that at Starbucks every day.

AS A WINE WRITER, YOU TASTE (AND SPIT) LOTS OF WINE (APPROX. 3K WINES A YEAR I’VE READ), WHAT WINE DO YOU FEEL BAD ABOUT SPITTING BECAUSE YOU LOVE IT SO MUCH?

I don’t feel bad about spitting. It’s part of the discipline of the work. Plus I want to be able to go back to a wine over and over again to be able to write about it. Spitting helps.

WHAT IS ONE OF THE BIGGEST MISTAKES YOU HAVE MADE IN YOUR CAREER?

Not taking more risks. I know it’s odd to say because most people who know me think I’ve taken a lot of risks in business. But I think I could have taken more.

AS SOMEONE WHO HAS TRAVELED THE WORLD AND VISITED MOST WINE REGIONS, WHICH DID YOU FIND TO BE THE MOST UNIQUE AND MEMORABLE IF YOU COULD ONLY PICK ONE TO DISCUSS?

When I visit a wine region, I like to immerse myself in the region’s culture and really try to “feel” the place. When you do that, all places are fascinating. Before the pandemic, the last winery I visited was at 8,000 feet in the Himalayas in the larger Tibetan cultural area. I’d never before walked through vineyards that had yaks wandering in them, or had yak tea, yak yogurt, and yak meat at just about every meal.

IF YOU COULD HAVE A GLASS OF WINE WITH ONE PERSON (ALIVE OR DECEASED) WHO WOULD IT BE?

Virginia Wolf or Queen Elizabeth I

WHAT IS YOUR FAVORITE LOCAL SPOT IN SAN FRANCISCO OR NAPA VALLEY WHERE YOU CALL HOME?

Sadly, too many places are now closed. Before the pandemic, I would have said the bar at Press restaurant (Napa Valley).

TELL US SOMETHING THAT WOULD SURPRISE PEOPLE ABOUT YOU?

My significant other for several years was the youngest professional gambler in Las Vegas. I traveled all over the world with him playing poker. 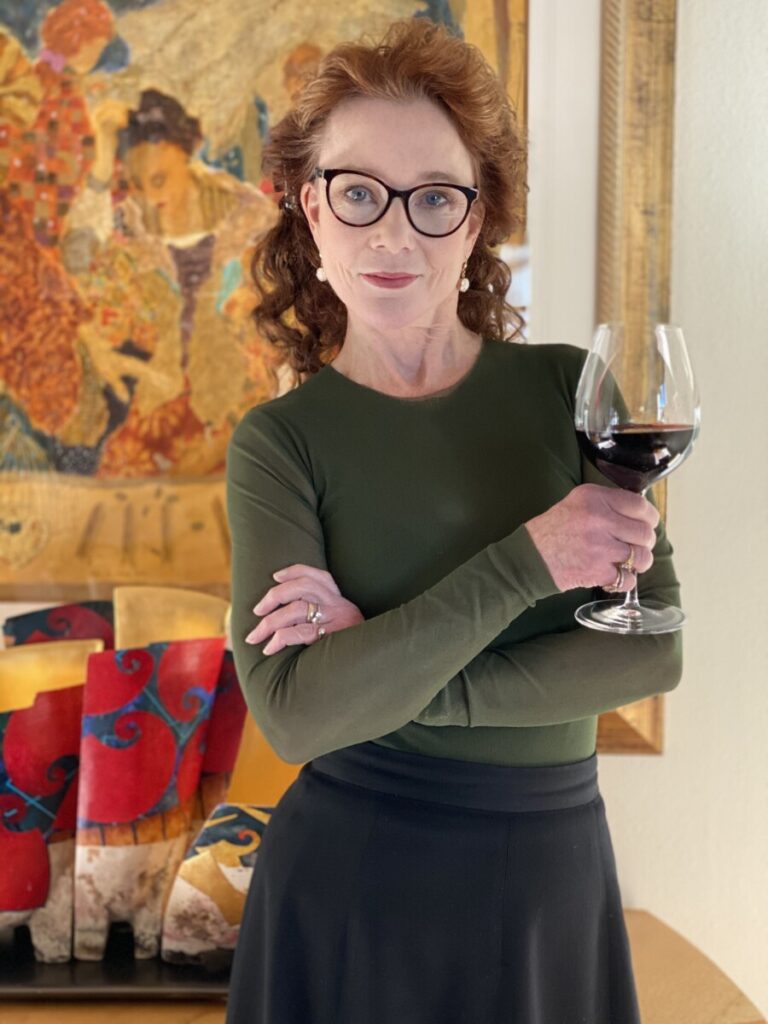 The Best Wineries in Walla Walla