Within Kenya, Africa Lake Nakuru Park is the park you visit to see over 2 Million Pink Flamingos. Since Pink is my favorite color, it was a MUST SEE!! Mark of Odyssey Safaris who created our Safari Itinerary suggested Lake Nakuru Park as one of the three Parks to visit while on Safari in Africa (Amboseli & Masai Mara are the other two Kenya Parks).  Lake Nakuru National Park was much smaller and more manageable in size than Amboseli and Masai Mara. It’s a very cool park to see and is do-able in one day. If you have more than one day, you could spend two days and two nights. See below to see some highlights of my visit.

We were fortunate to see both a White and Black Rhinos (I was told this is rate).

The Black Rhino is very anti social so it spends most of its time alone in the woods vs. the White Rhino which grazes with zebra’s, wildebeest….

Note the white ground below some of the Lake pictures. That’s all Flamingo droppings. So many droppings that I thought the ground was white until I realized what the ground covering was.

We also saw a Leopard which was rare. He/she was hard to spot but thanks to our fabulous guide Eliud we spotted one! 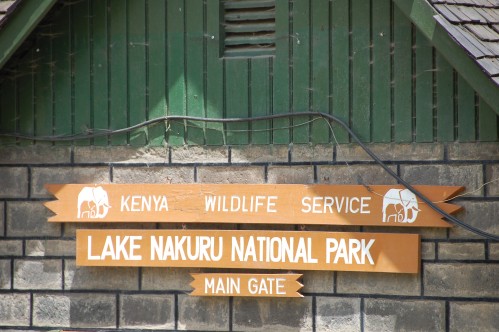 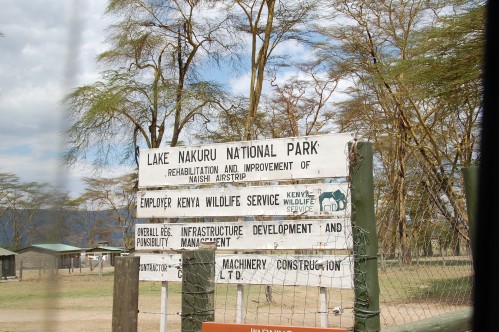 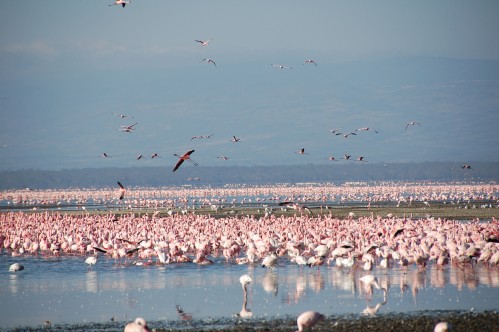 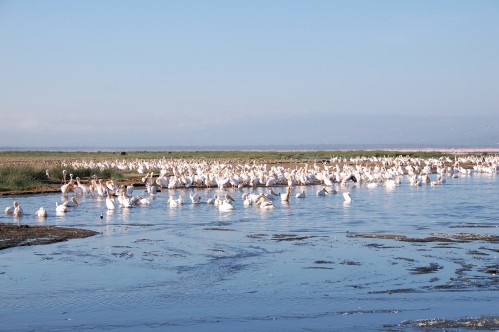 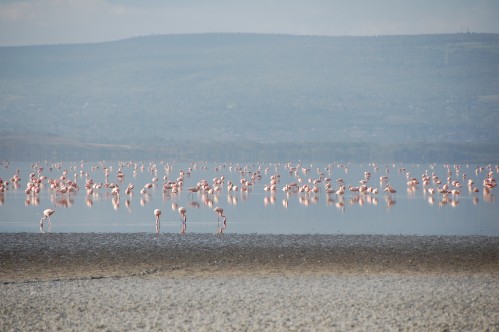 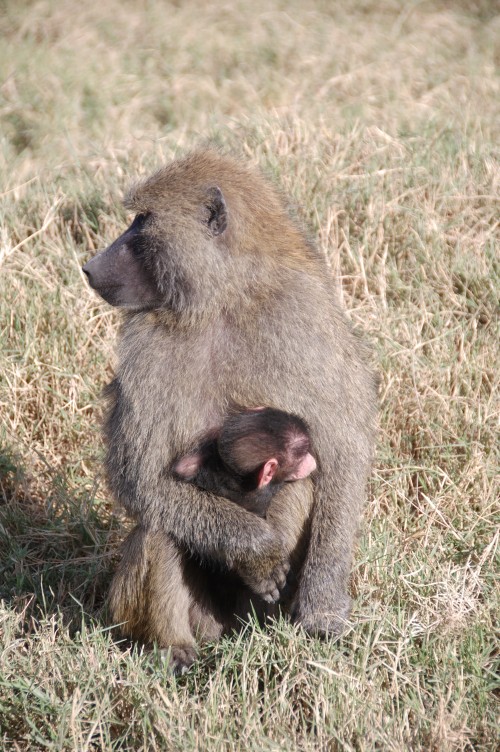 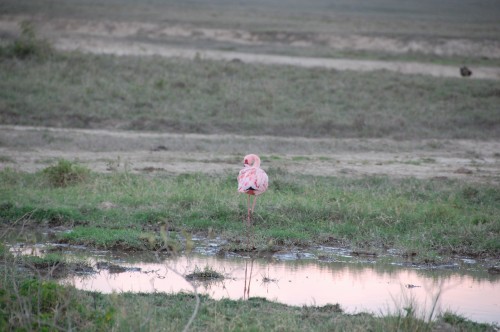 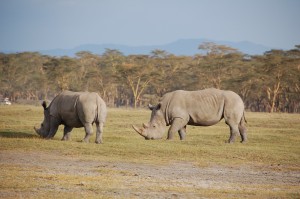 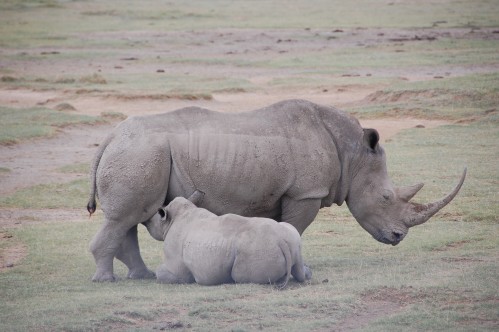 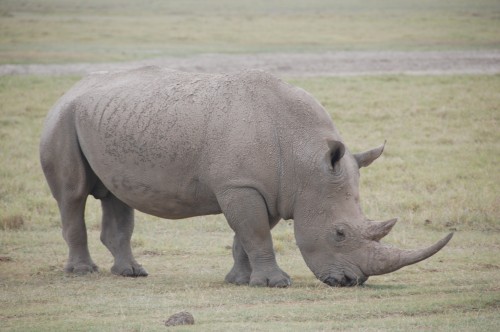 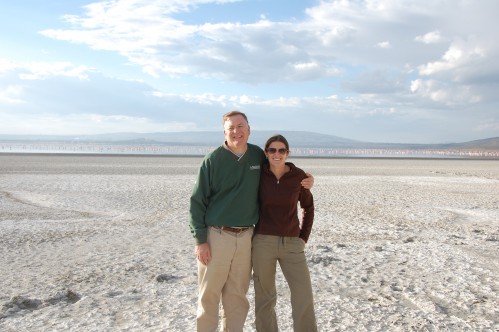 Me and My Dad 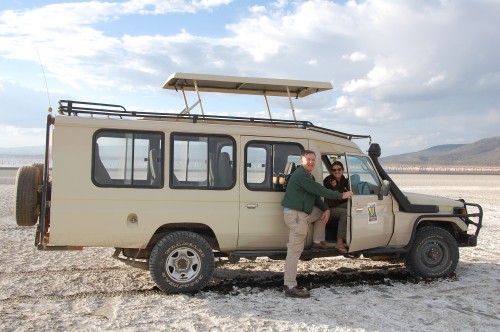 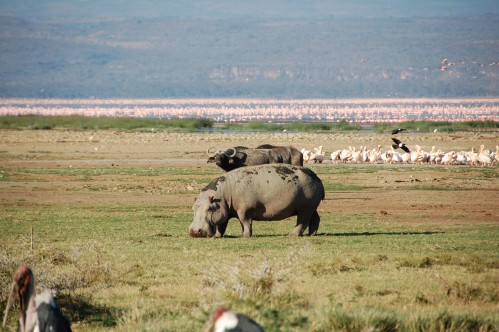 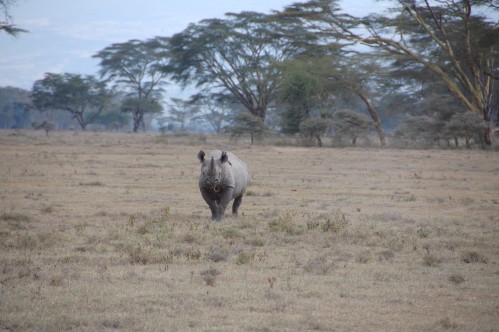 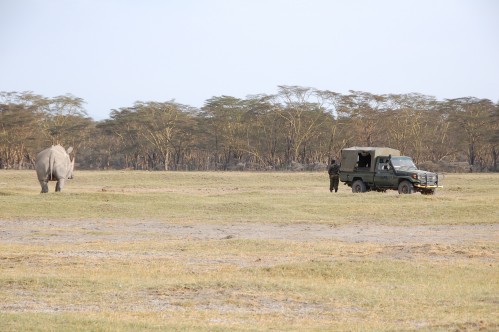 The Rhinos are HUGE! 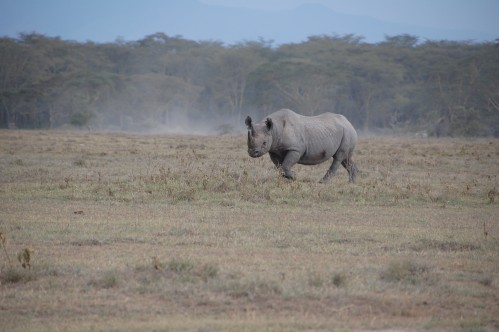 He was quite energized, running and stirring up the dust 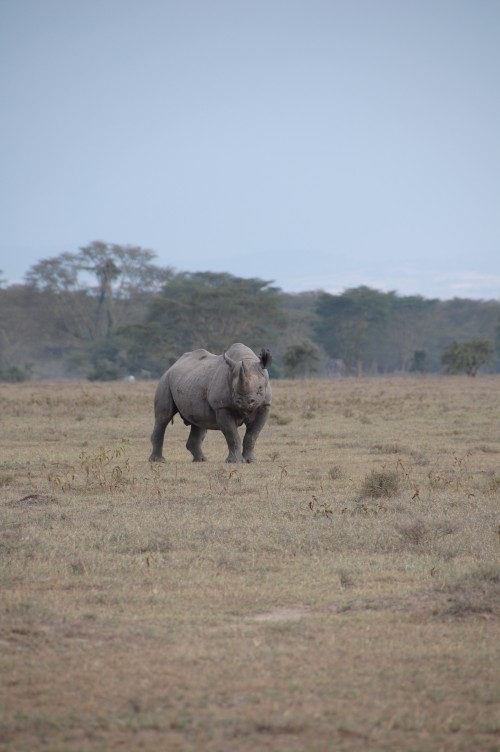 Stare down, he definitely won! 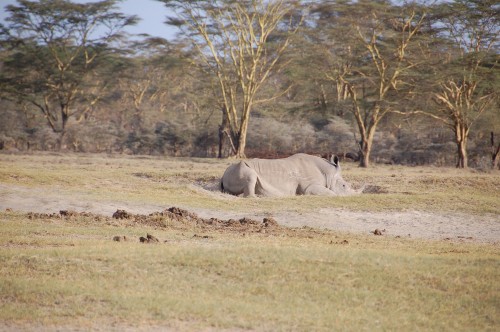