It seems like years ago that the Gramercy Park Hotel was known as a cool downtown, hip hotel but not quite as modern and updated as you would imagine for such a coop scene. I would occasionally go to their bar as it was just a block from my apartment.  This was before the new Gramercy Park was reintroduced after a huge 2006 remodel.  The hotel describes their history saying, “The legendary Gramercy Park Hotel has always been, and still is, the place to be for actors, artists, writers, intellectuals and fashion designers. With a prime location adjacent to the Manhattan’s only Private Park, Gramercy Park, this landmark NY Hotel has been a home to creative minds from around the world for nearly a century.  For 8 decades, the New York Hotel remained much the same until art collector and real estate developer Aby Rosen took it over. In 2006, he enlisted artist and Oscar-nominated film director Julian Schnabel and British architect John Pawson to renovate the space in a way that would maintain the NY Hotel’s unique history while giving it bold, modern flourishes. The renovation was extensive – the entire second floor of the lobby was ripped out to make way for 20-foot ceilings, and Schnabel designed or curated many of the furnishings, paintings and sculptures that fill the space today.” 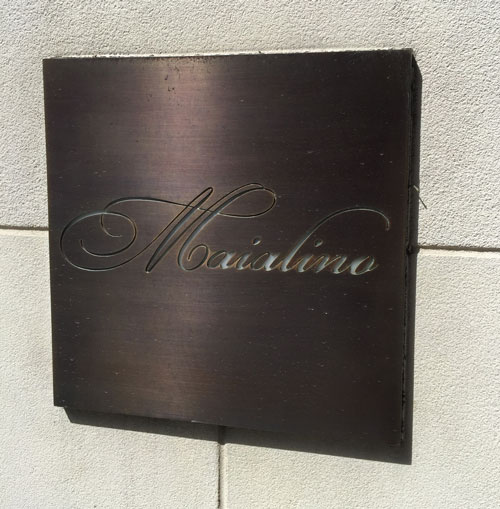 2009 marked when Danny Meyer founder of the Union Square Restaurant Group (the famed restauranteur behind Gramercy Park Tavern, Union Square Cafe,  Blue Smoke, The Modern, Marta….) opened Maialino Restaurant. The rest was history for me…..In the 3 years I was in New York while they were open I frequented Maialino for drinks, (they have a fabulous happy hour menu in the Bar Maialino), brunch, dinner or for blogging at the bar.  Only two blocks from my apartment with spectacular views of Gramercy Park, amazing food and a country decor it’s really impossible to leave. It was truly my happy place. 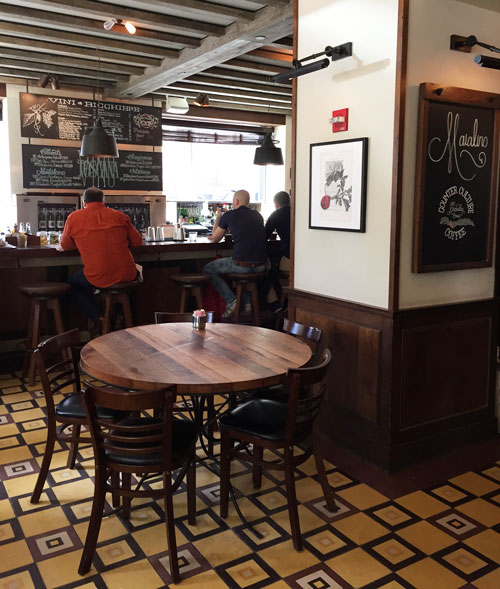 So, three years later on one of my visits back to New York I was sure to fit in a stop to Maialino.  This visit was both familiar and new to me. I went with a dear friend from high school Lauren and we both were exited for a delicious meal. She immediately commented on the gorgeous decor and homey feel of the interior. After getting seated we both checked out the menu and realized it was quite adventurous compared to a typical brunch. Yes, there were the usual pastries, eggs, potatoes, however, their take on these simple dishes was quite spectacular. Upon hearing the special I decided on the Rosemary Pork Hash Omelette and Lauren tried the Vegetable Omelette. Both were divine. I personally LOVED mine. I’m a huge Rosemary girl so Pork, Rosemary and a healthy Egg protein was perfect. We of course accompanied our tasty food with some cocktails. I tried the Classic Bloody Mary, Lauren tried the Mimosa. 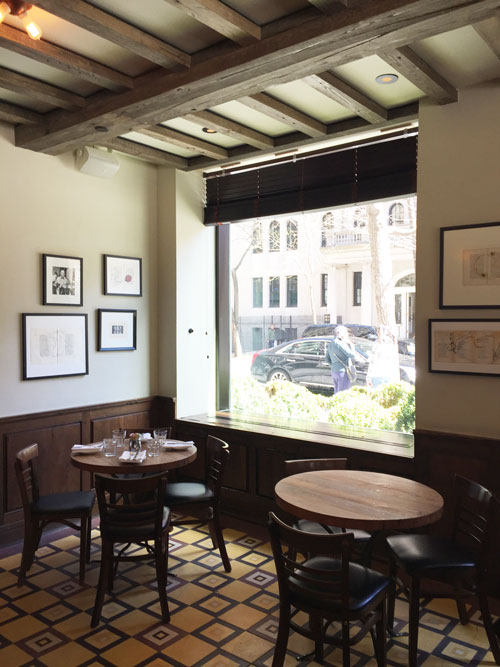 Overall the visit was a fabulous walk down memory lane. It was fun sharing one of my favorite Gramercy Park local neighborhood spots with a dear friend. It was also great getting to return and feel like a local Gramercy Park girl again, even if it was just for a few hours over my weekend visit. Be sure to check it out for a drink or a bite I promise you’ll love it! Gramercy Park Hotel. 2 Lexington Avenue. New York, NY. 10010. 212-777-2410. 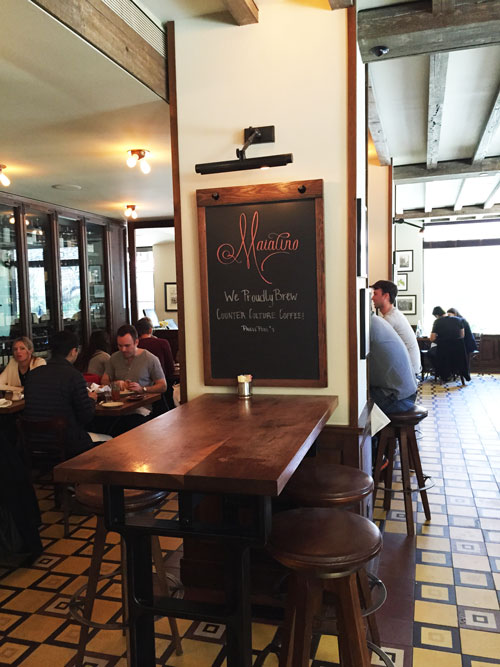 Dining & Bar seating across from the Bar overlooking Gramercy Park 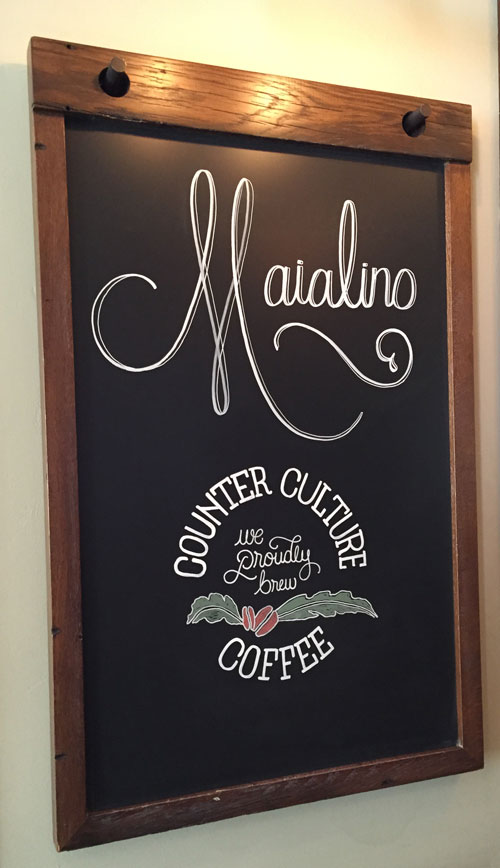 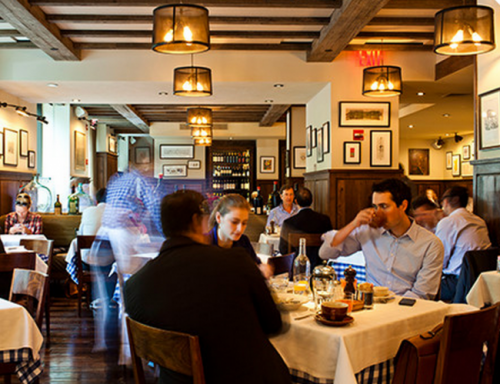 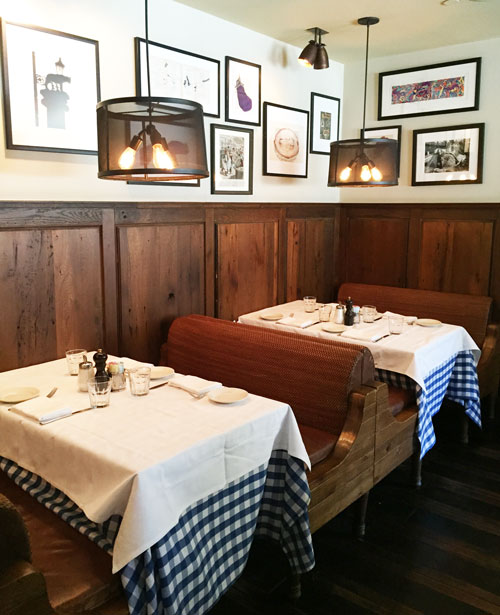 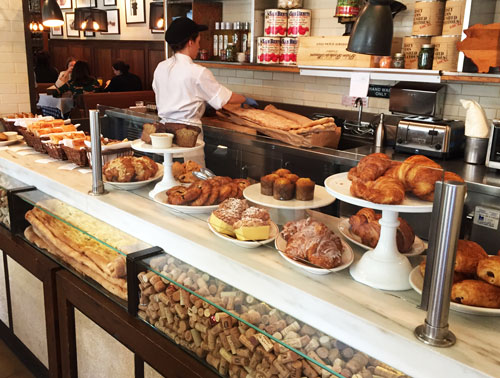 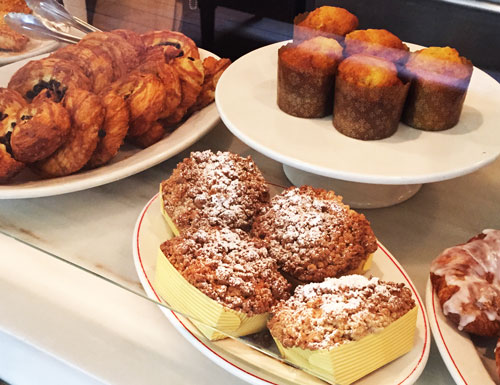 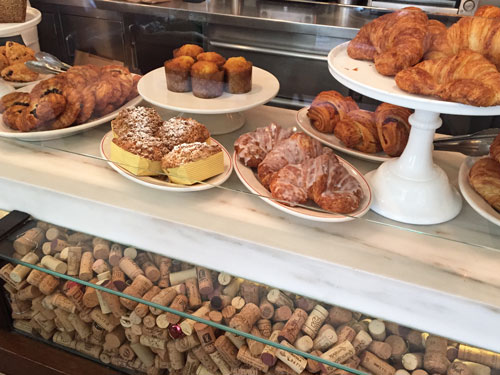 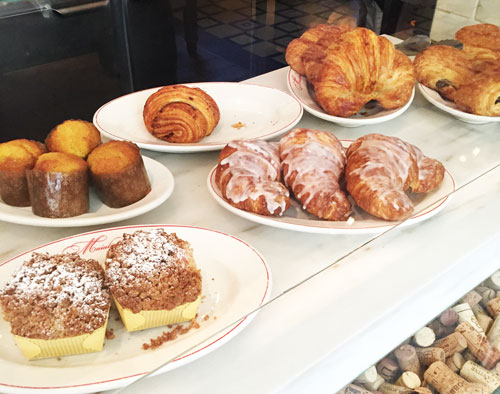 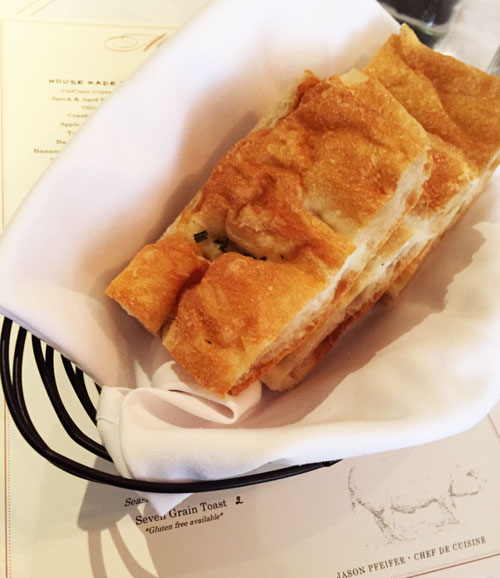 The delicious complimentary bread with Brunch 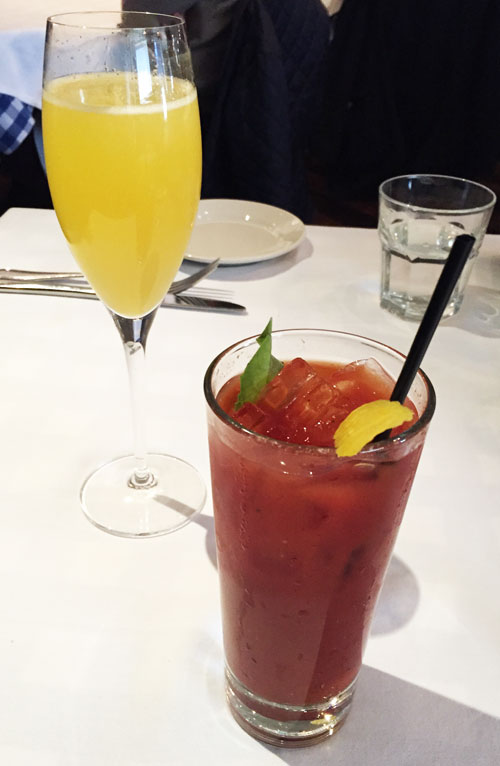 Fresh Mimosa and a Classic Bloody Mary, my kind of kick-off to a fabulous brunch 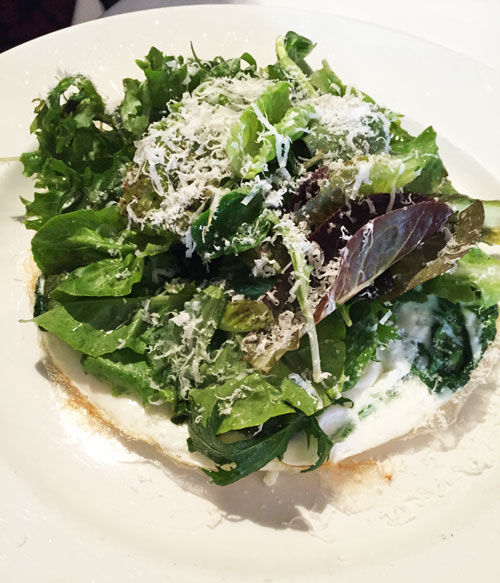 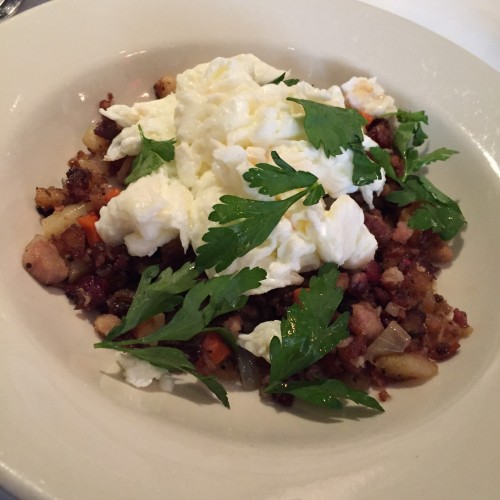 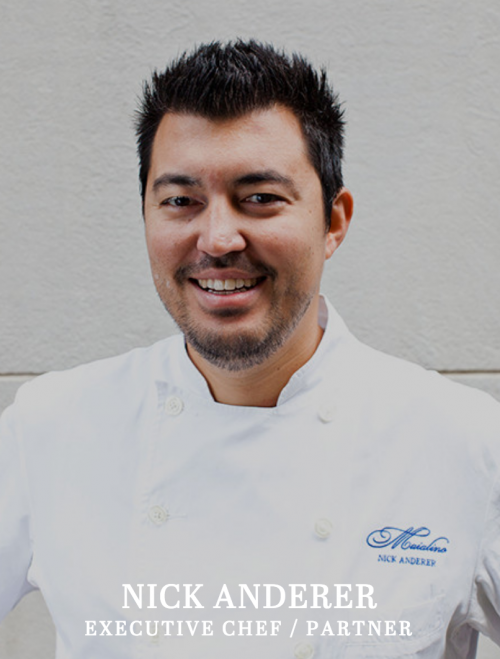 The fabulous Executive Chef Nick Anderer who I met years ago at South Beach Food & Wine. Such a friendly, nice approachable guy part of the reason I love Maialino so much!