What is Philz: Founded by Phil Jaber, Philz Coffee has been crafting their signature “one cup at a time” for over 20 years in San Francisco. Since those early days of coffee crafting, Philz has grown to over 26 locations, with 30 outposts planned by the end of the year. The success of the company stems from the founder’s belief that each cup of coffee is a catalyst for community building. 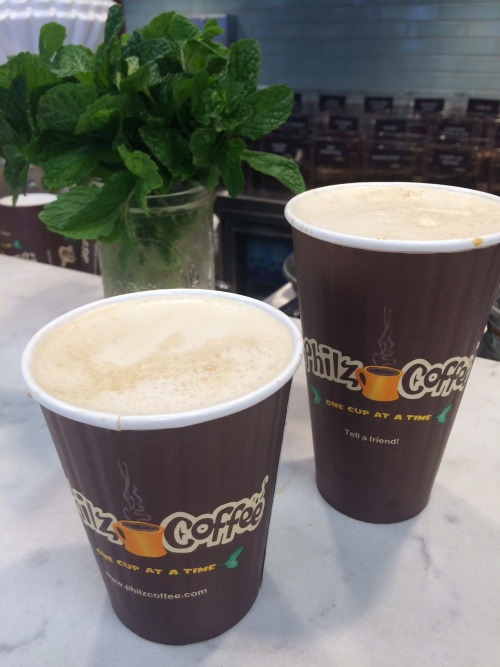 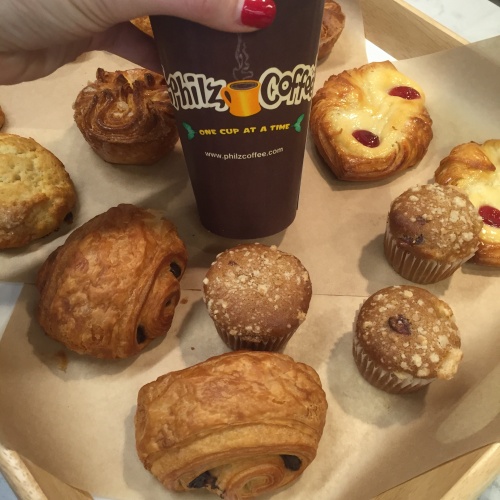 What is the story with the coffee at Philz? The customer orders directly with the barista, or as Jaber terms, “the artist”, who energetically greets the customer and begins the pour over brewing process once a bean is selected from their vast offerings. They offer beans from all over the world, each with a rich flavor profile. The personalization and relationship with the artist continues as cream and sugar are offered as is fresh mint, their signature garnish thanks to the famous Philz’ Turkish coffee. 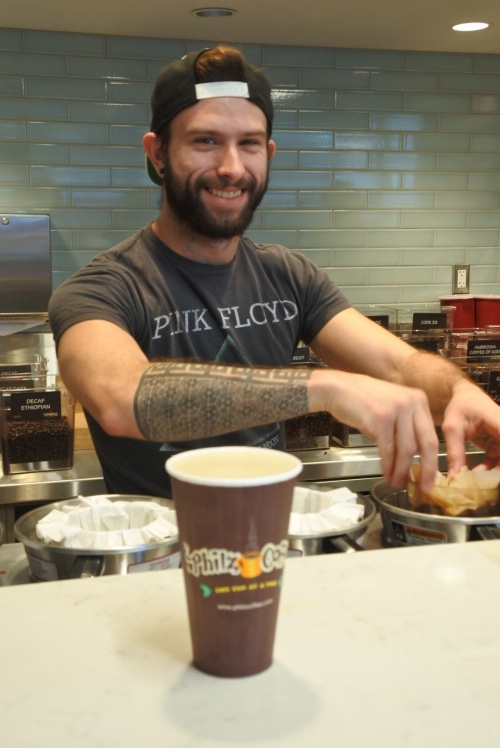 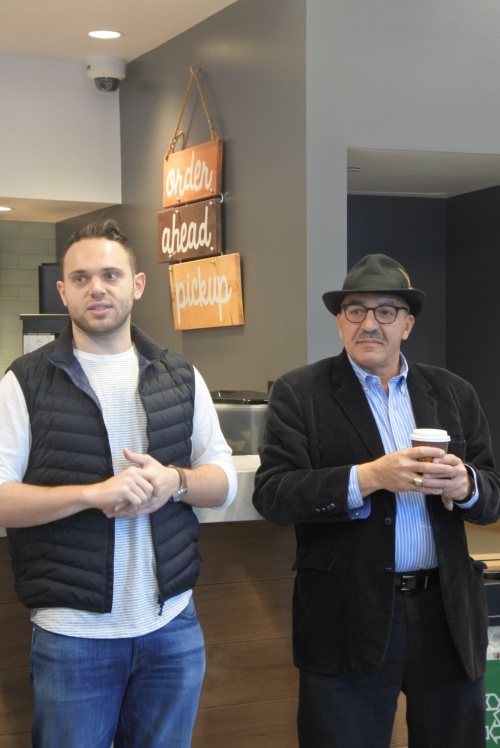 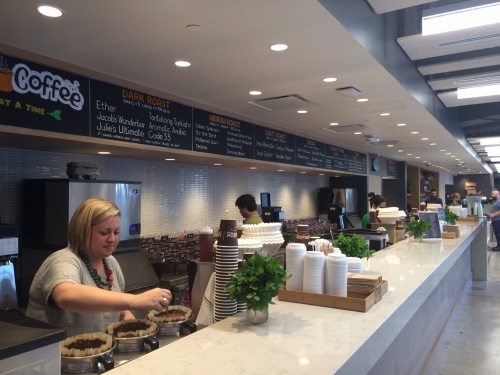 What is the ambiance of the new Market Street location? The Storefront is fabulous! As one of the largest outposts yet, this location offers plentiful indoor and outdoor seating along Market Street in the Financial district. Wifi is provided, though don’t assume this coffee joint will be like other coffee houses, as conversation and human interaction are encouraged. Communal tables, leather couches, and the smiling “artists” brewing the coffee all ensure that Philz is a lively environment that brings people together. I think I’ve found my living room on Market Street. 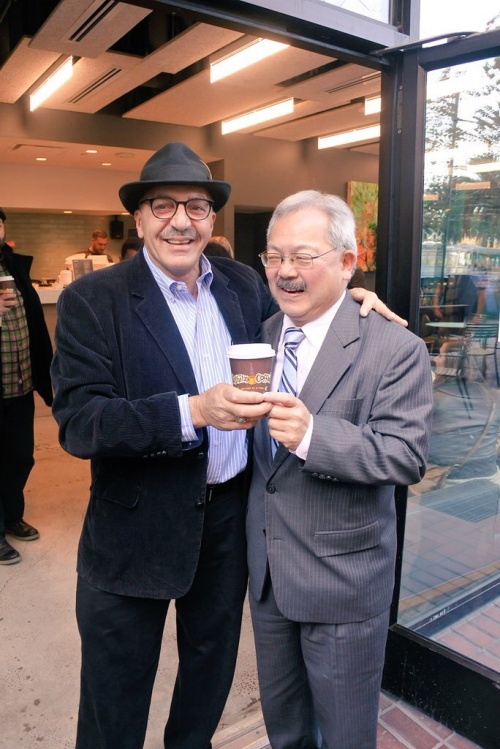 Everyone is a fan of Philz, including the San Francisco Mayor, Ed Lee. 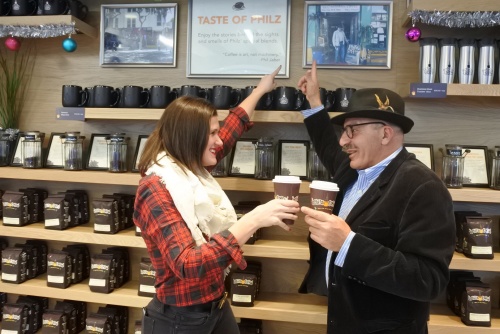 Above the coffee bean selection hangs a photo of Jaber years ago at his original 24th Street location in the Mission District. 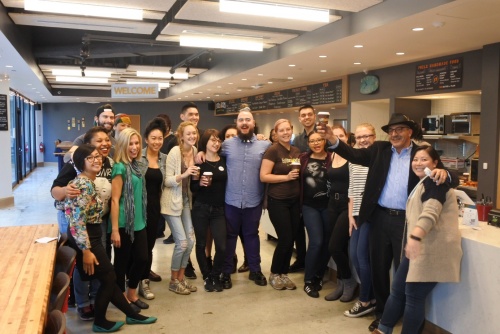 Cheers to the amazing Philz Team! 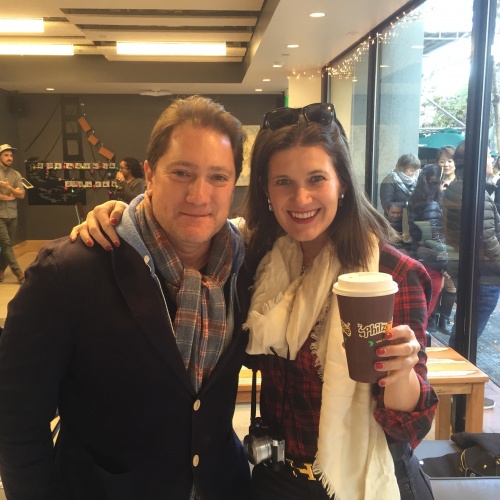 I always love seeing Mr. Liam Mayclem, aka “The Foodie Chap” at press events. He’s just the cutest and such a sweetheart. 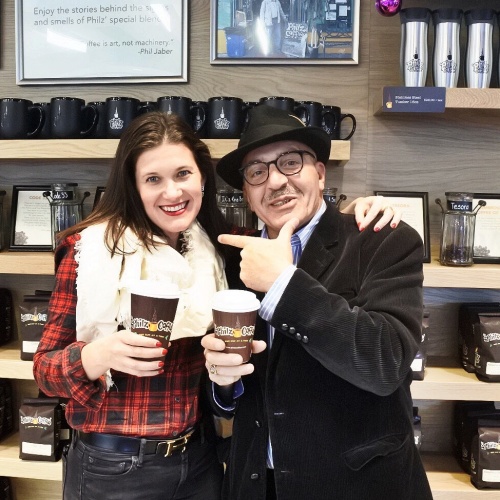 Cheers to the man himself, Mr. Phil Jaber! Thank you for having me to this amazing opening. You are such a gem and I look forward to sharing more coffee with you and your team in the future.

Zeel Massage On Demand The Best Massage Without Leaving Your Doorstep