Sunset, the premier guide to living in the West, will open the doors of its new Bay Area California Idea House to the public for six consecutive weekends starting August 19th. In collaboration with some of the Bay Area’s most sought-after design talent, including Geremia Design, Robert Nebolon Architects, landscape designer Michelle Derviss, and builder Landmark Development Corporation, Sunset has brought together an award-winning team to create an ultra-modern home nestled in the premier hilltop neighborhood of Claremont Hills, bordering Oakland and Berkeley. 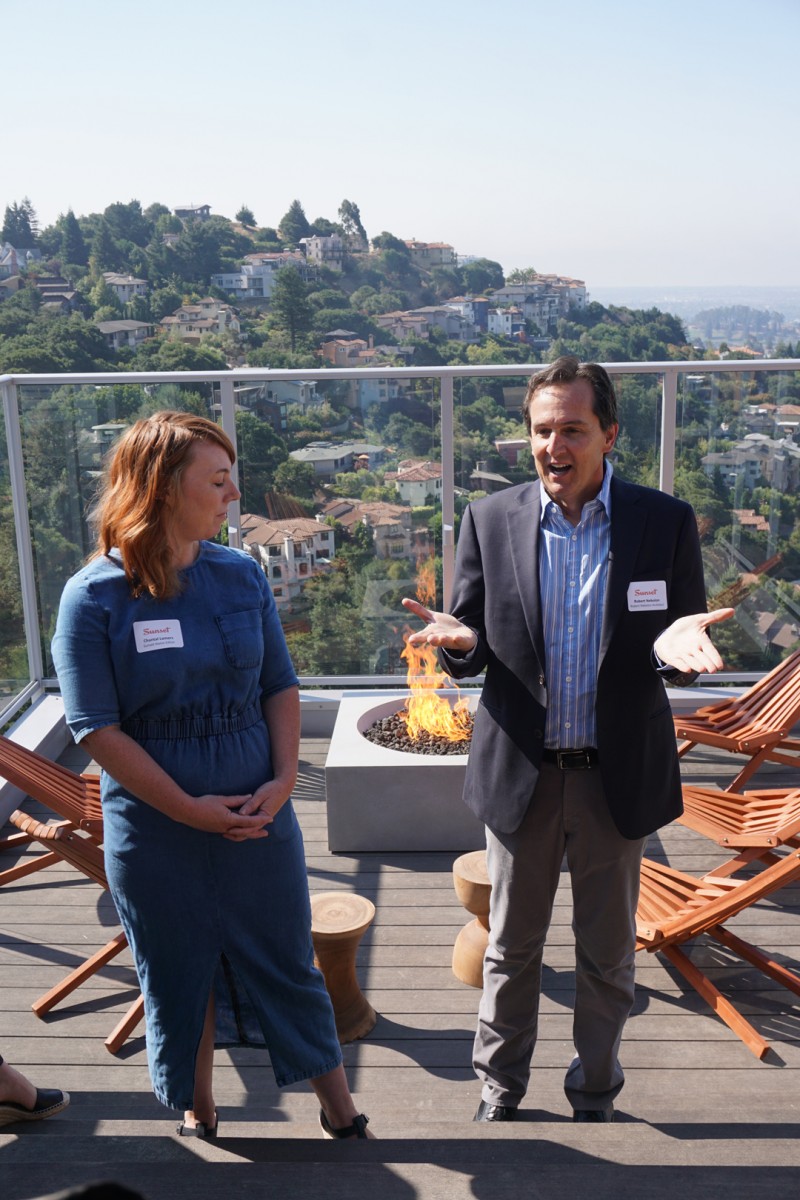 The 2016 Bay Area Idea House reflects the quintessential Northern California lifestyle, where seasonal cooking, fresh produce and fine wine bring families and neighbors together to gather for meals and celebrations. Referencing the Craftsman movement, prominent in Berkeley and Oakland during the early 20th century, the home’s interior is comprised of fine details and artisan materials to provide warmth to its contemporary architecture. The 4,000 square-foot home boasts four bedrooms, four-and-a-half bathrooms, a game room, wine cellar, an artist studio and a total of five decks overlooking the entire San Francisco Bay.

Geremia Design, whose award-winning interior design has been honored by Forbes “30 Under 30” and as Architectural Digest’s “Ones to Watch,” incorporated a collection of wares and furnishings made by friends and local fabricators to connect the Idea House back to the community, creating a modern space that feels well loved and well lived in. 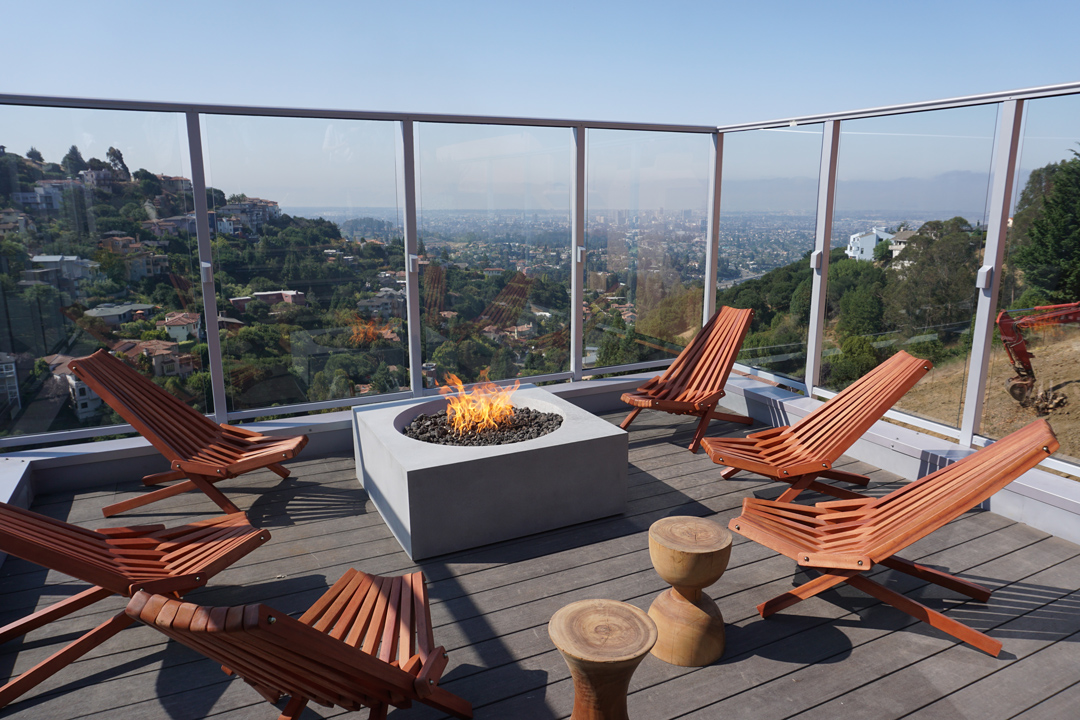 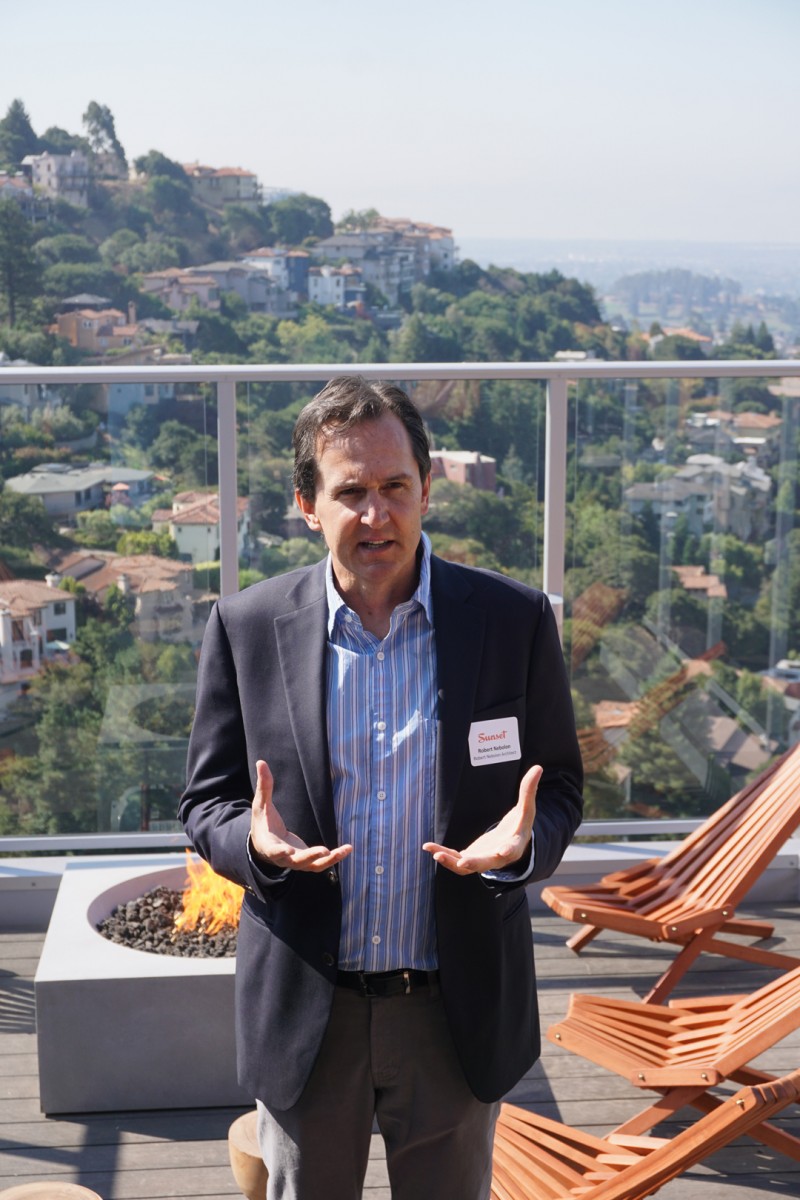 Last week I had the pleasure of touring the home and meeting the design team which was incredible. See more of this beautiful home and some of my favorite design elements below. If you want to tour the home hurry up and plan a visit as it is only open for 6 weeks, starting August 19th, 2016.  More information and ticket details found here. 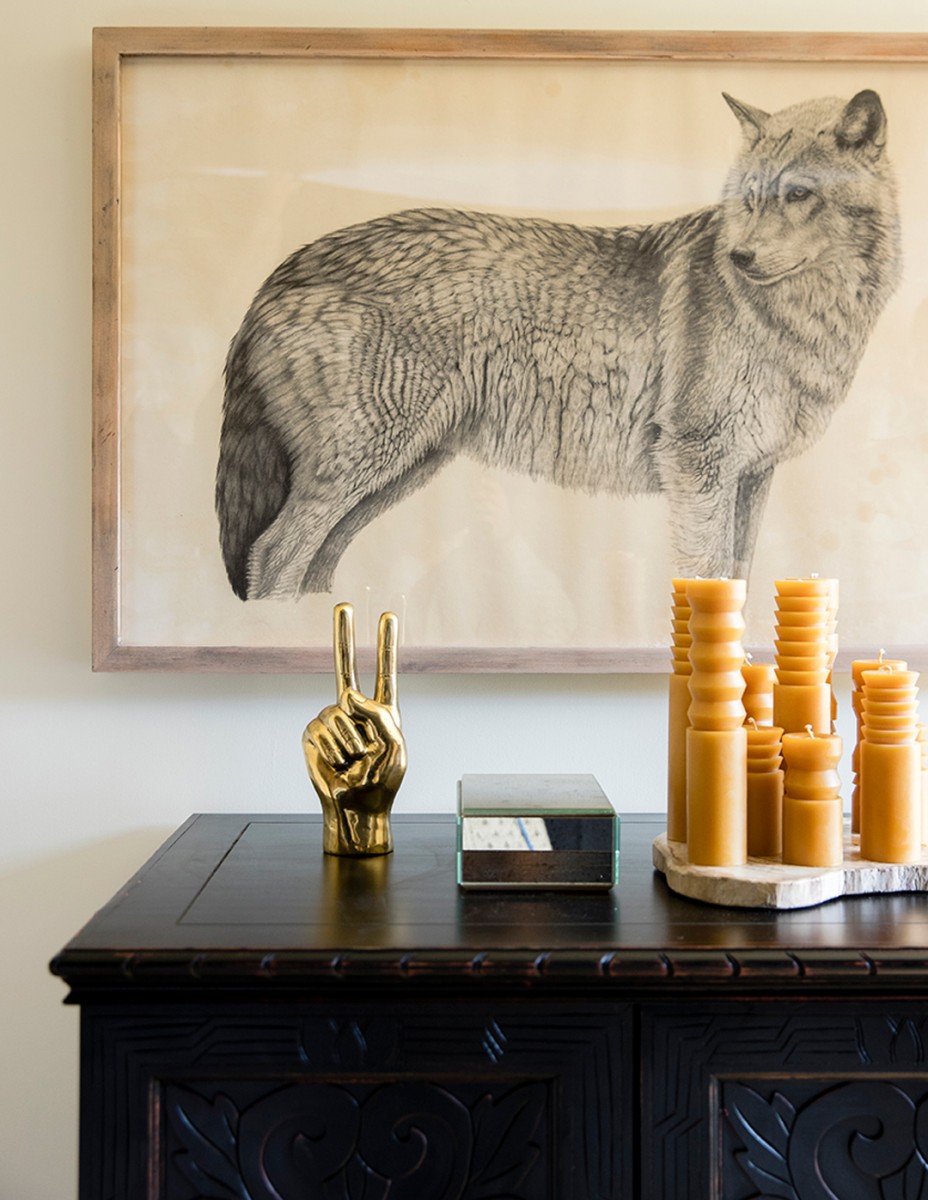 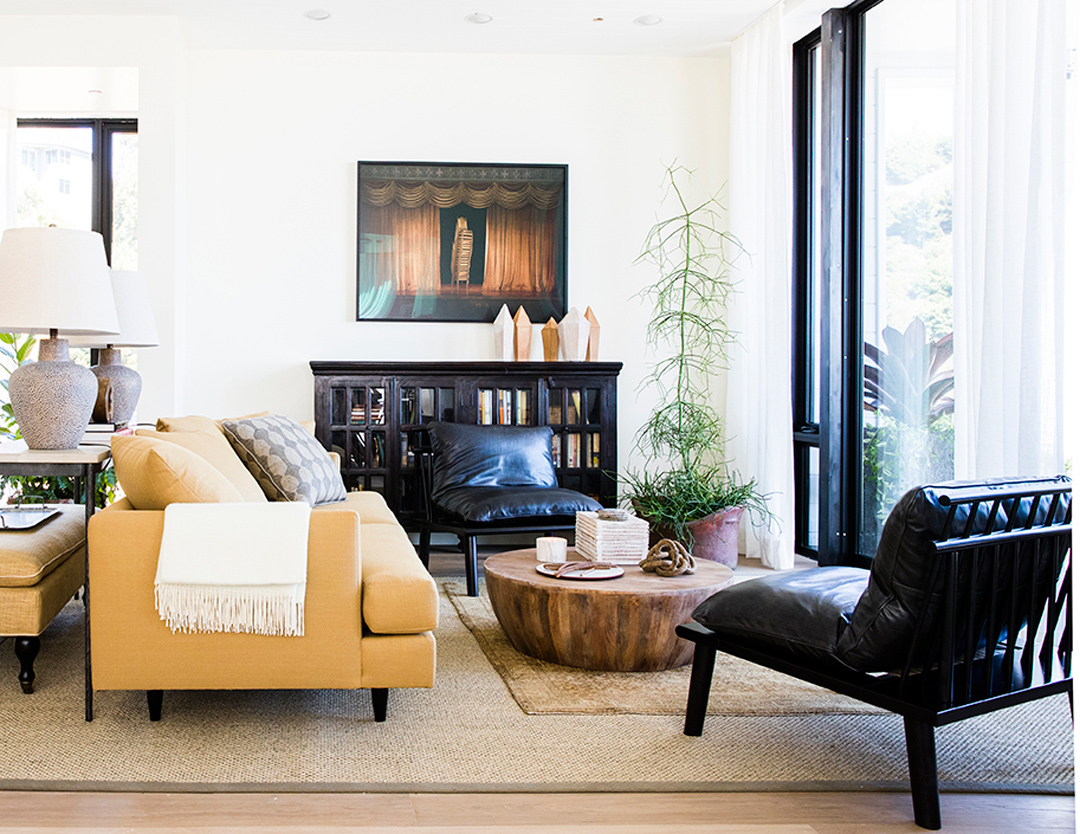 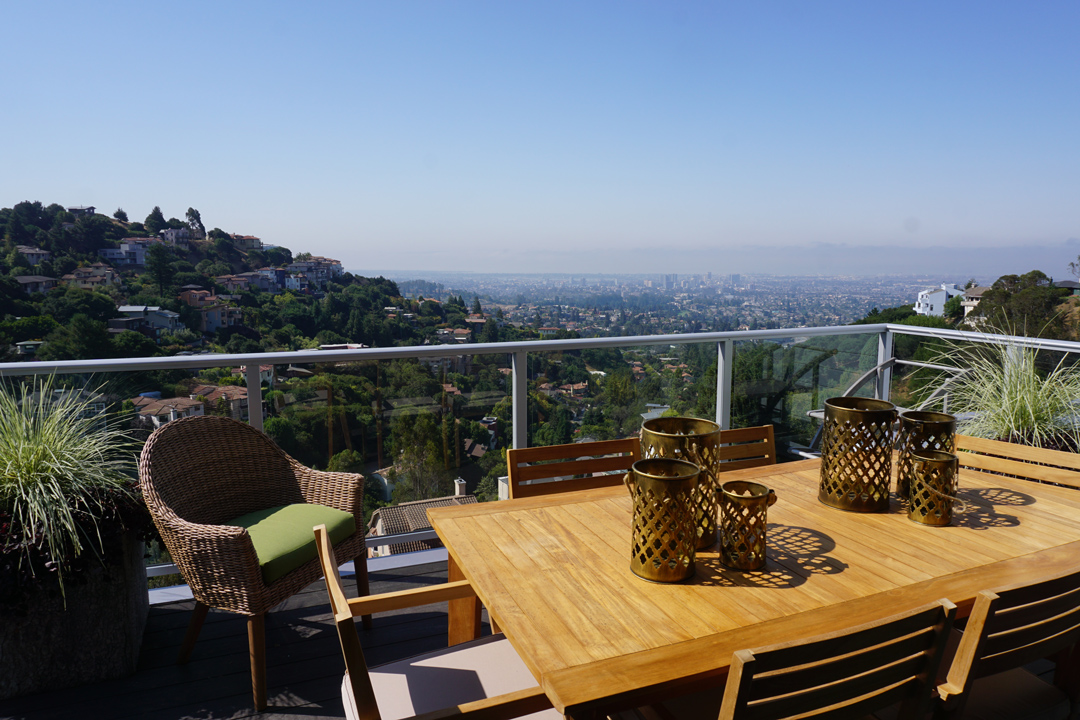 The incredible views from the living room terrace. Robert the Architect explained due to the sloping hills and unique floor plans he wanted as many terraces as possible to create usable living space and take advantage of the incredible views and light. 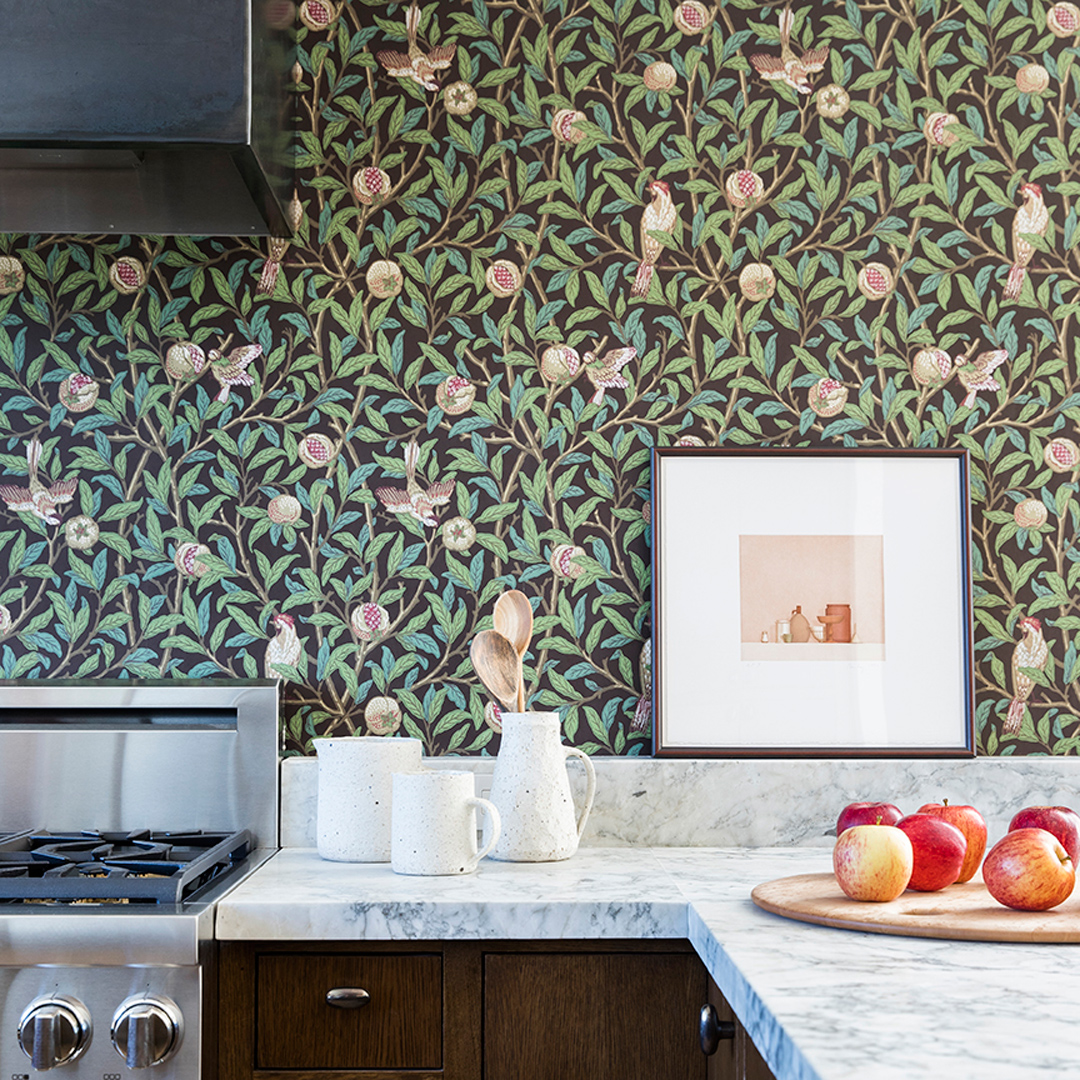 Note the spectacular wall paper  in the kitchen. This was the first time I had seen this detail and I loved it!! 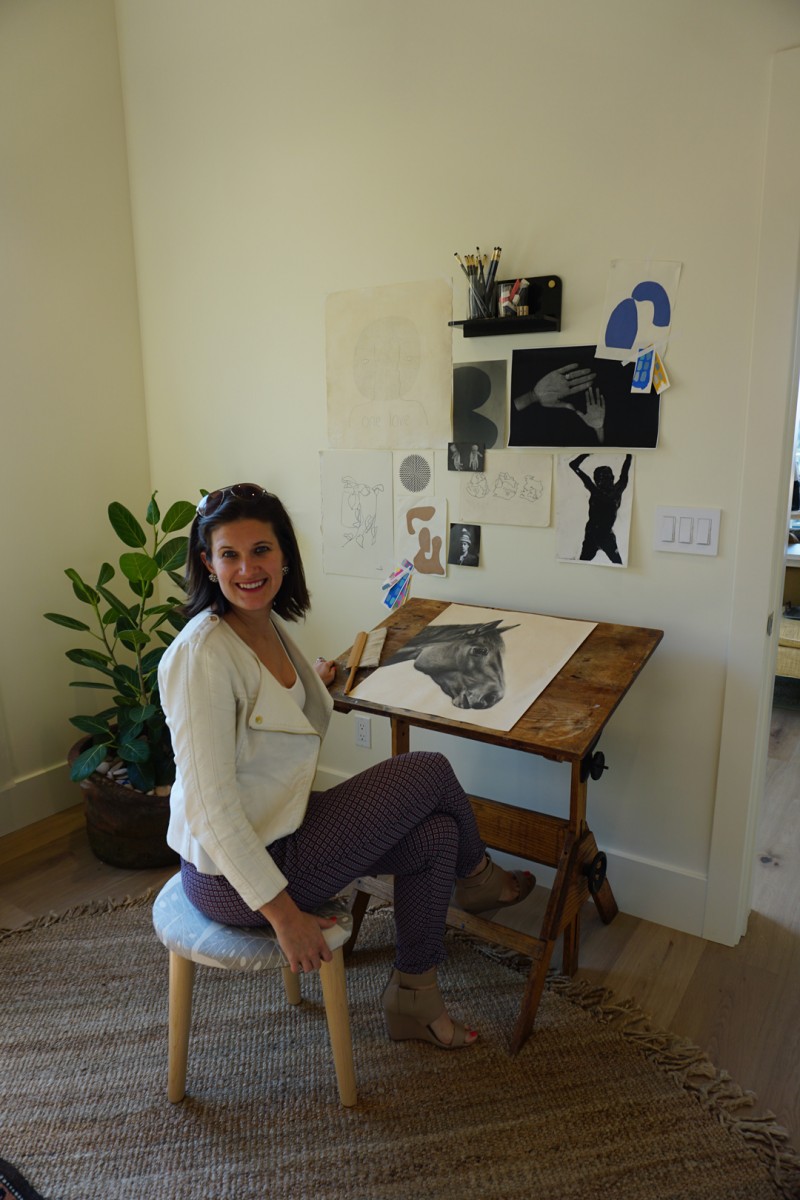 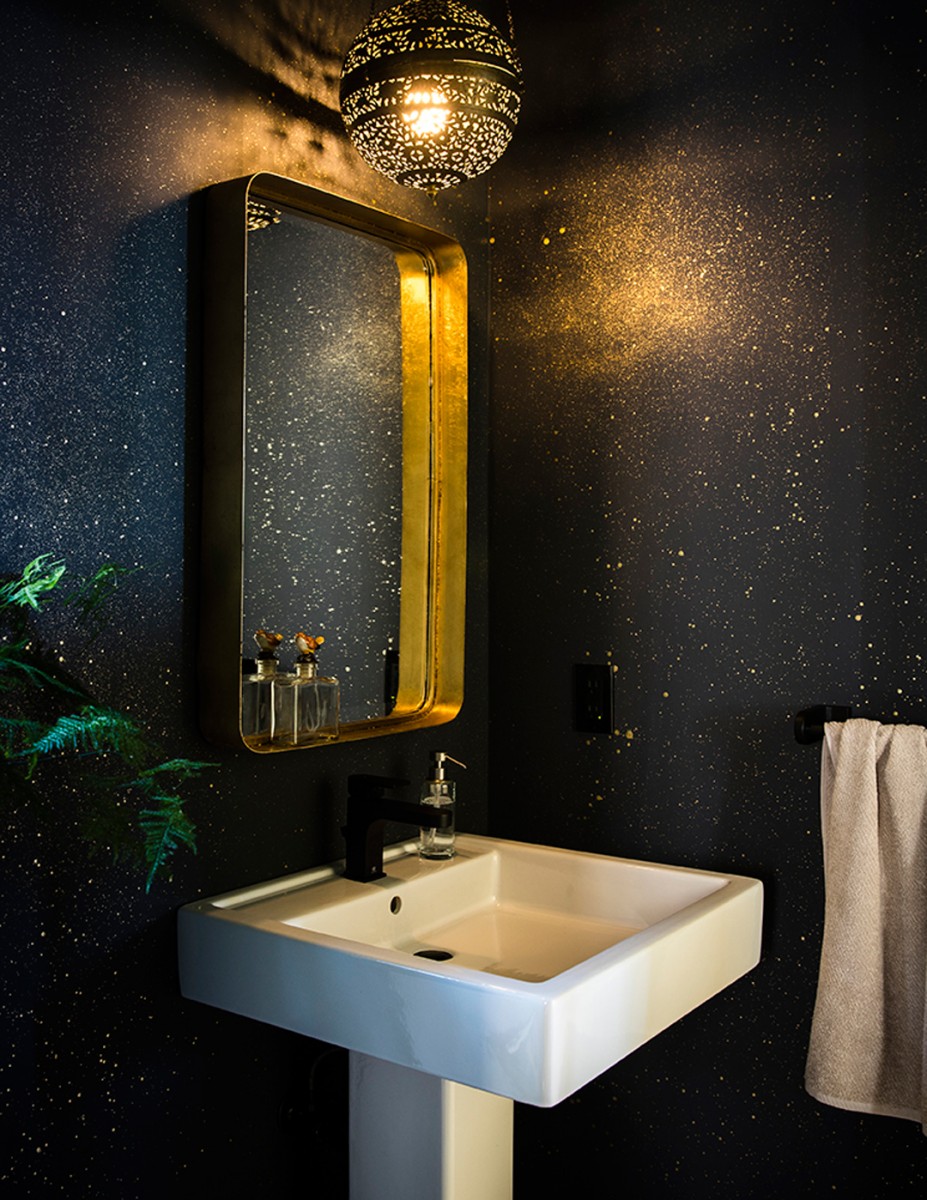 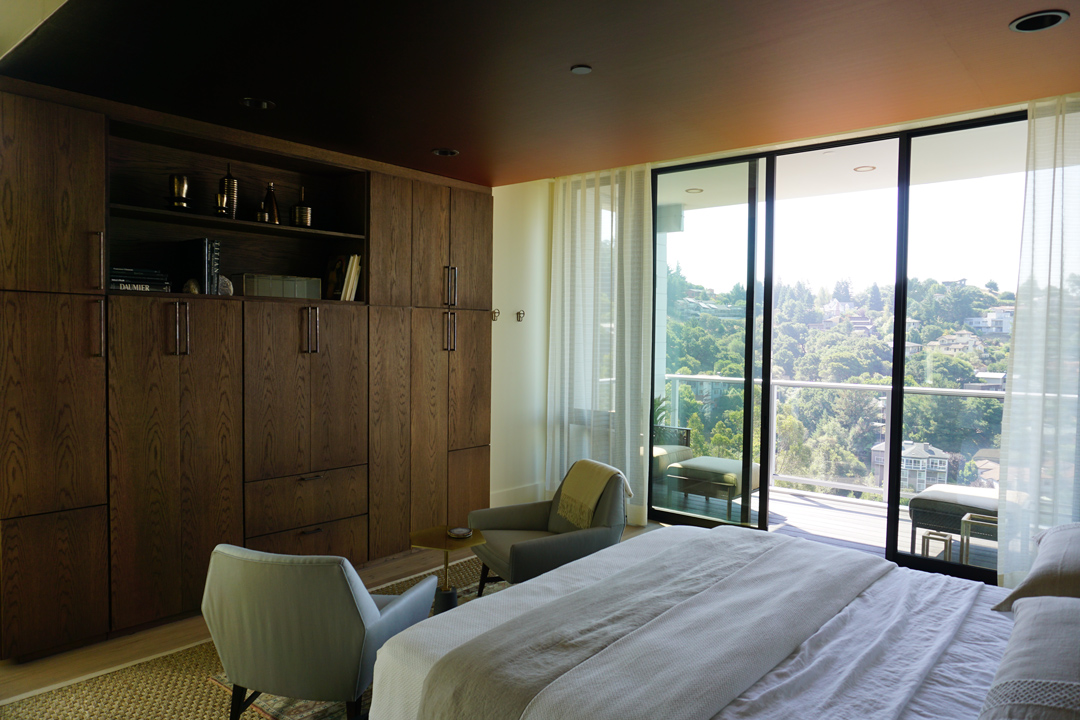 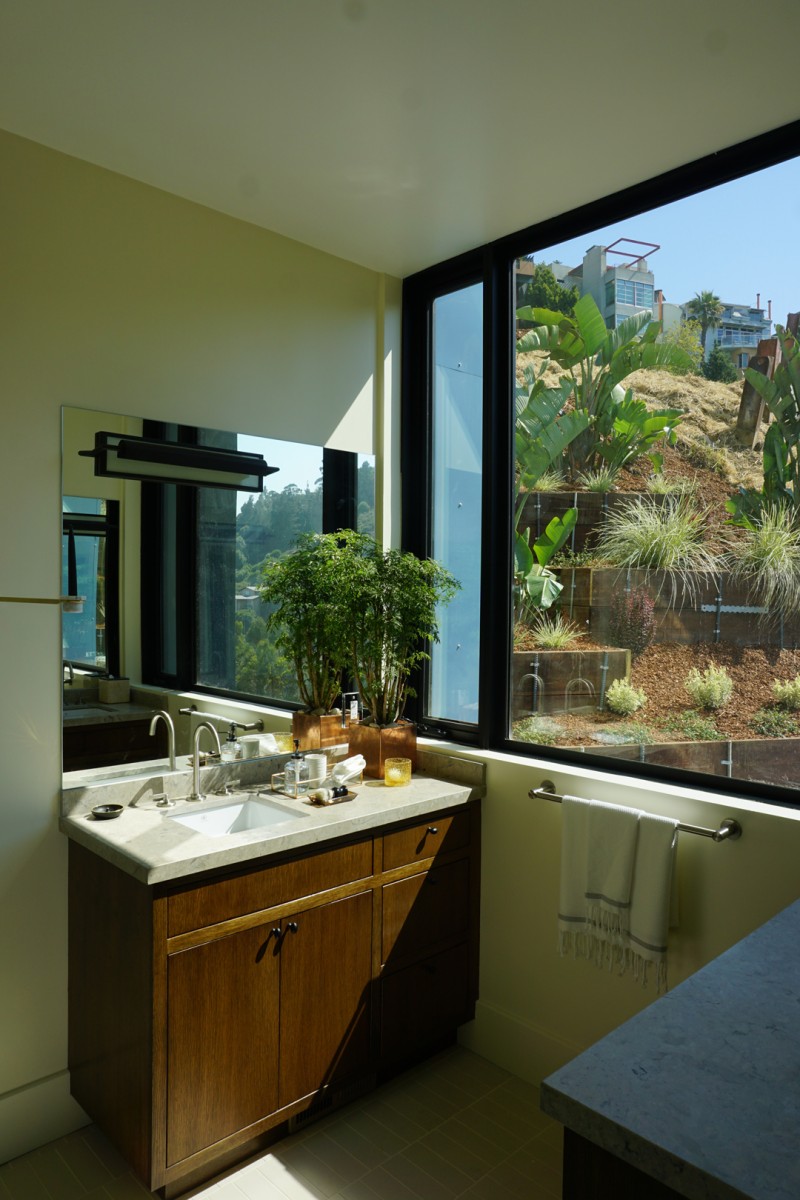 The master bath with two his and her vanities. I LOVE the natural light in here. 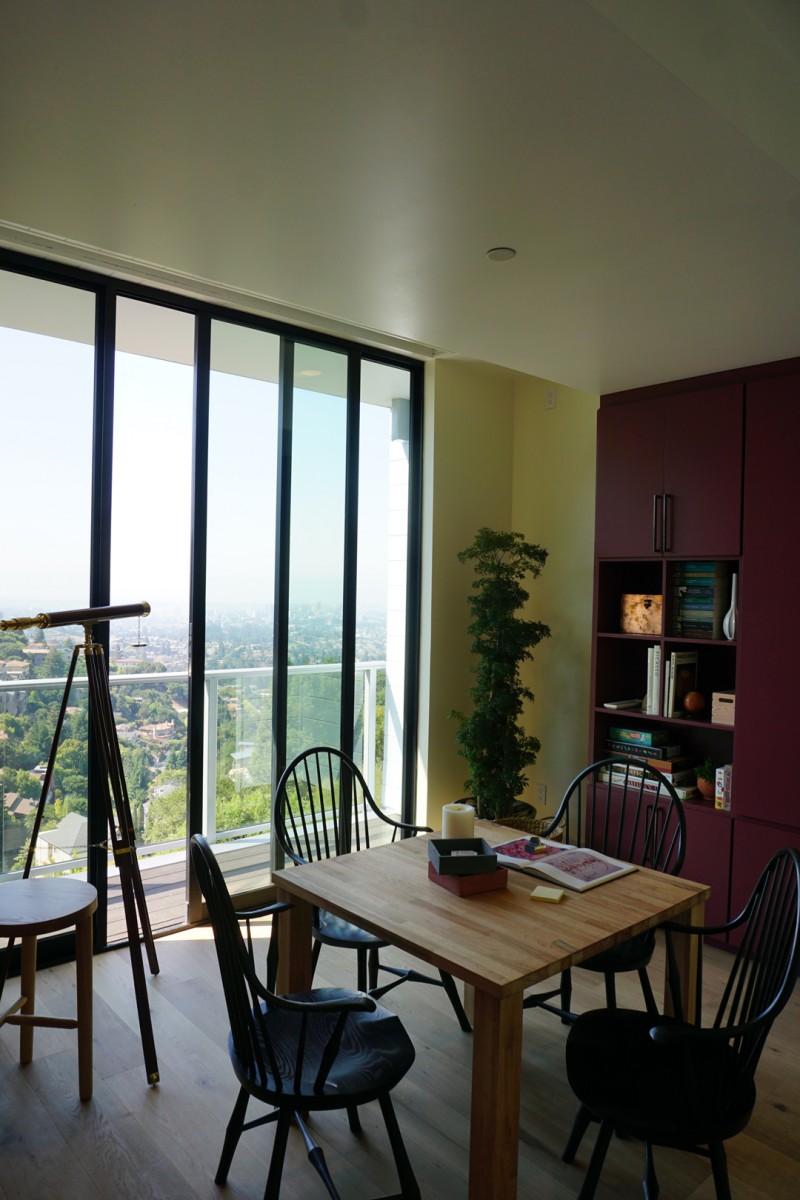 Another bedroom used as a game room or study. 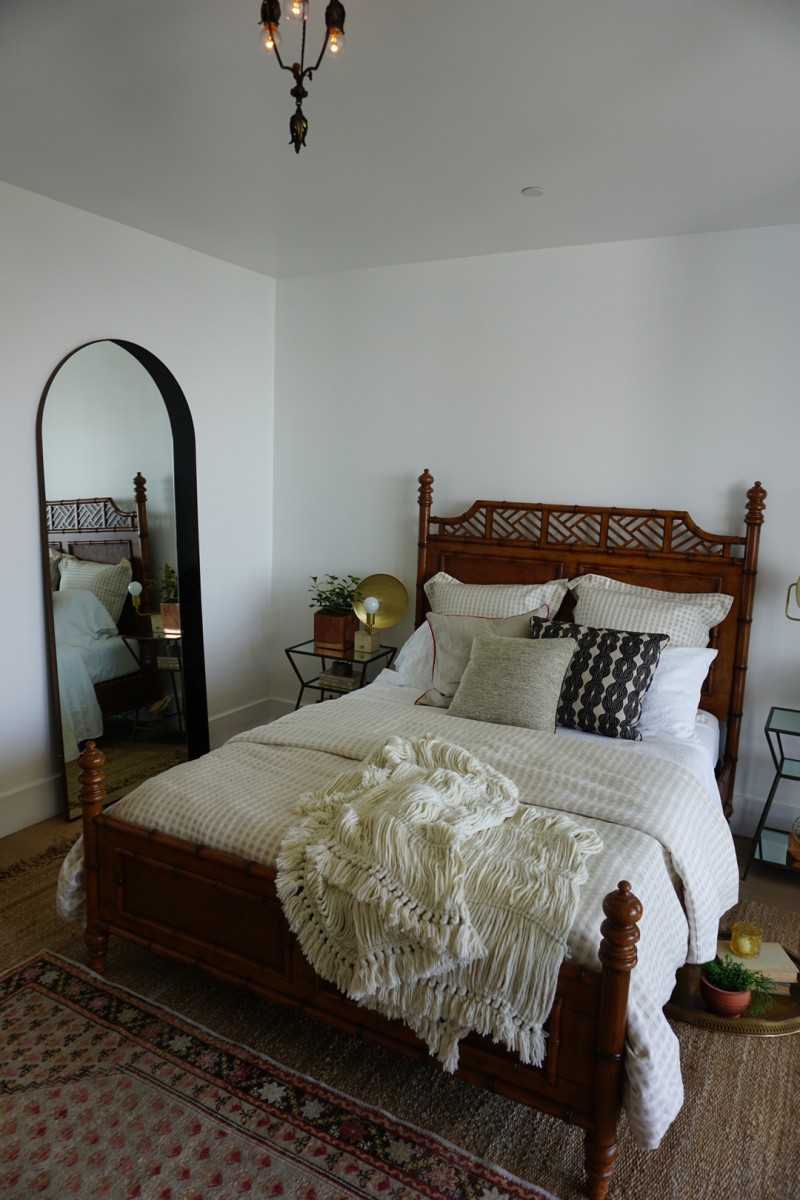 My favorite bedroom on the tour. It is so cozy and inviting you really would never want to leave. I’m also obsessed with the night stands and their perfect set up (below). 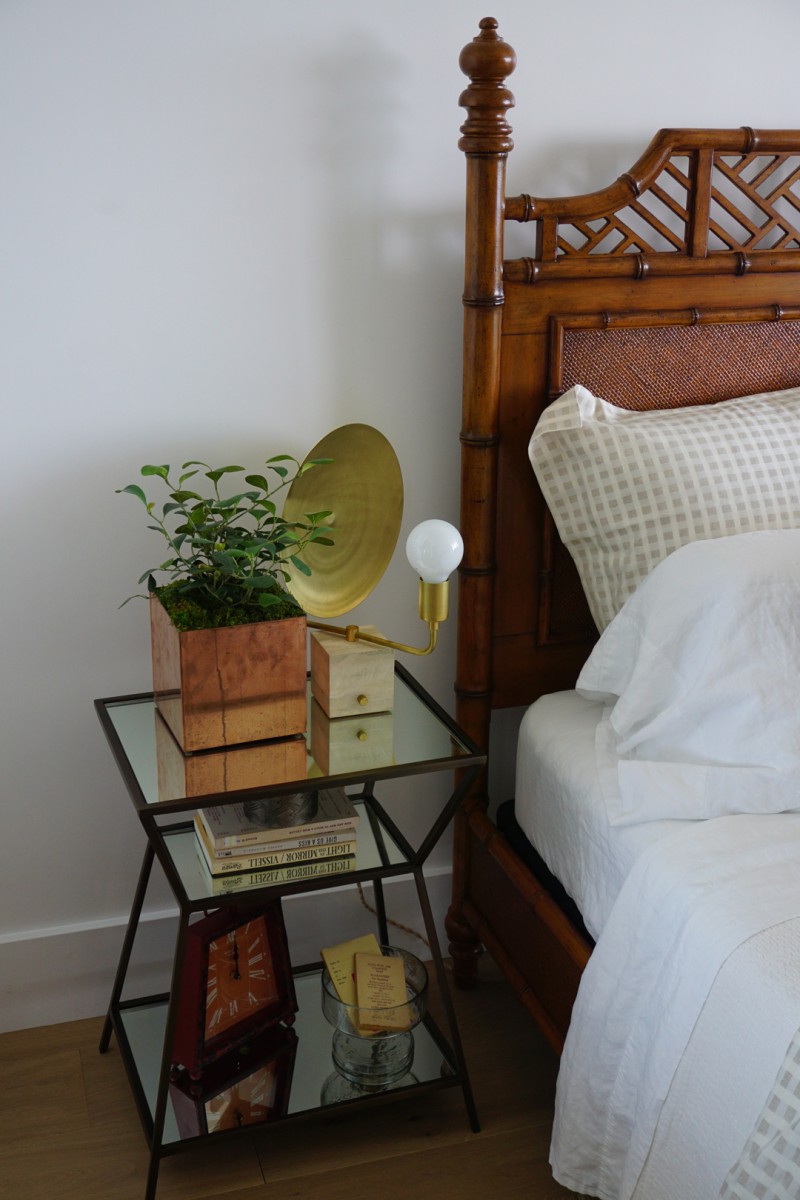 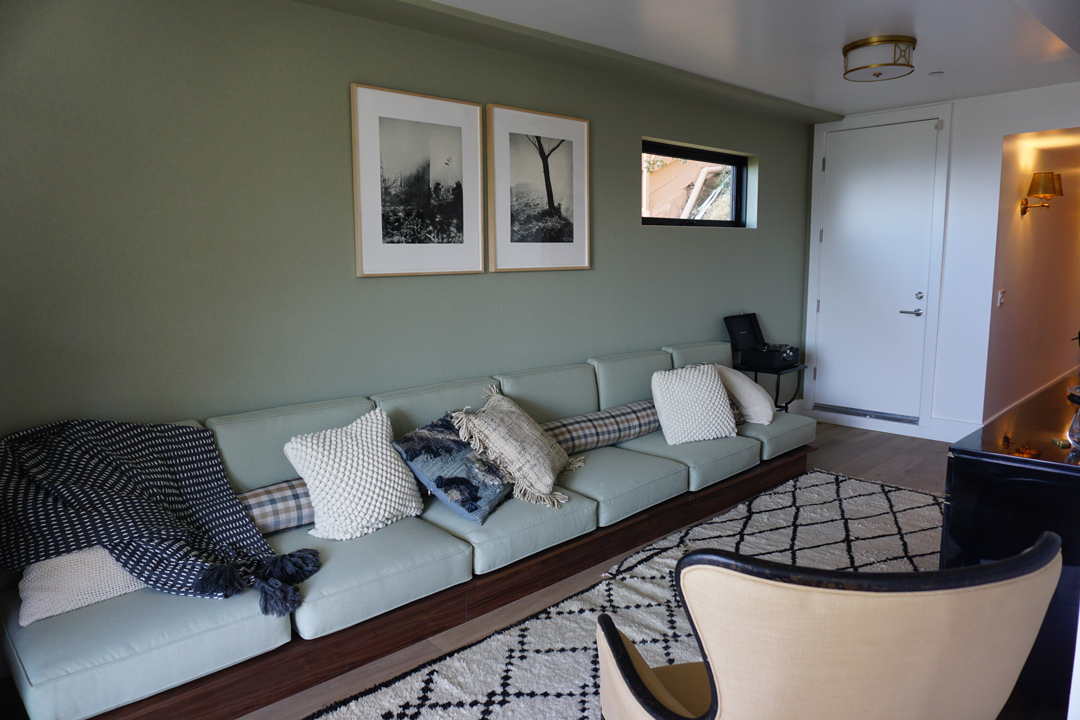 One of  the coolest uses of space in the house. This is a family room on the lowest level and I think the long sofa paired with the tv counsel and bar are an incredible use of the space.  It’s a tricky lay out and the team did an incredible shop making it both beautiful and useful. 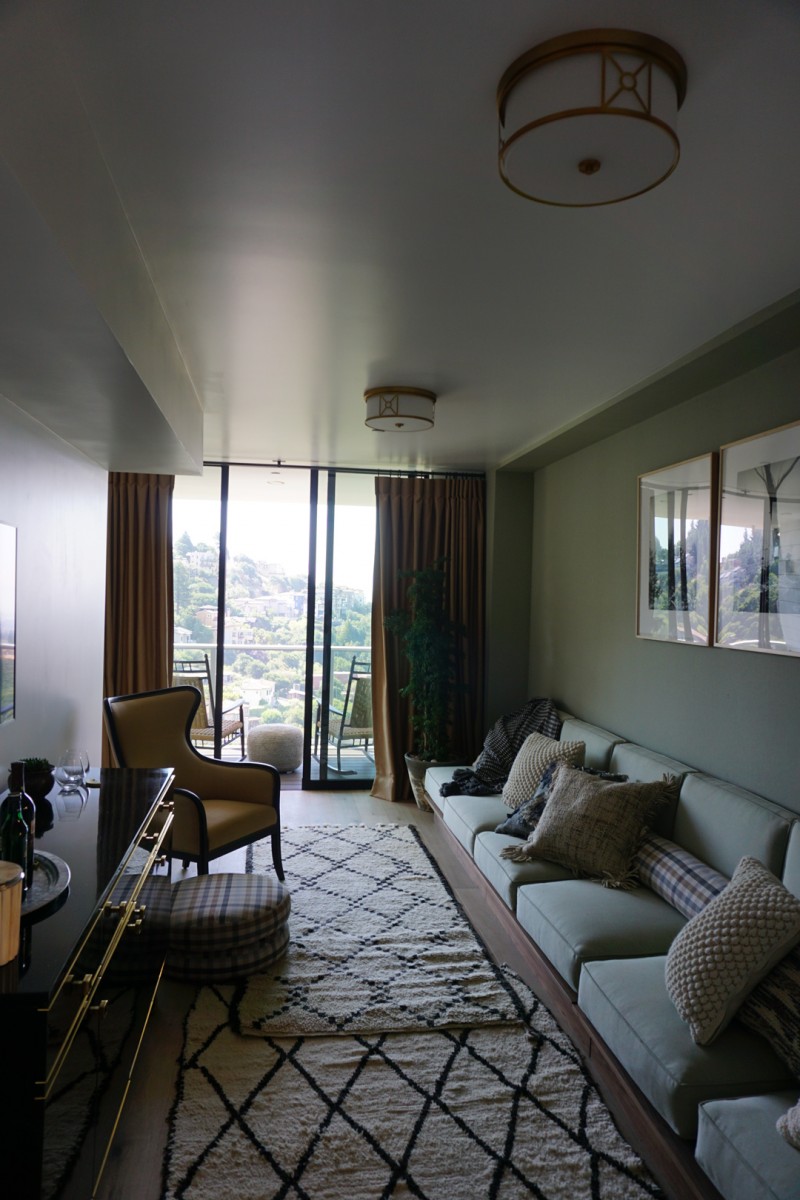 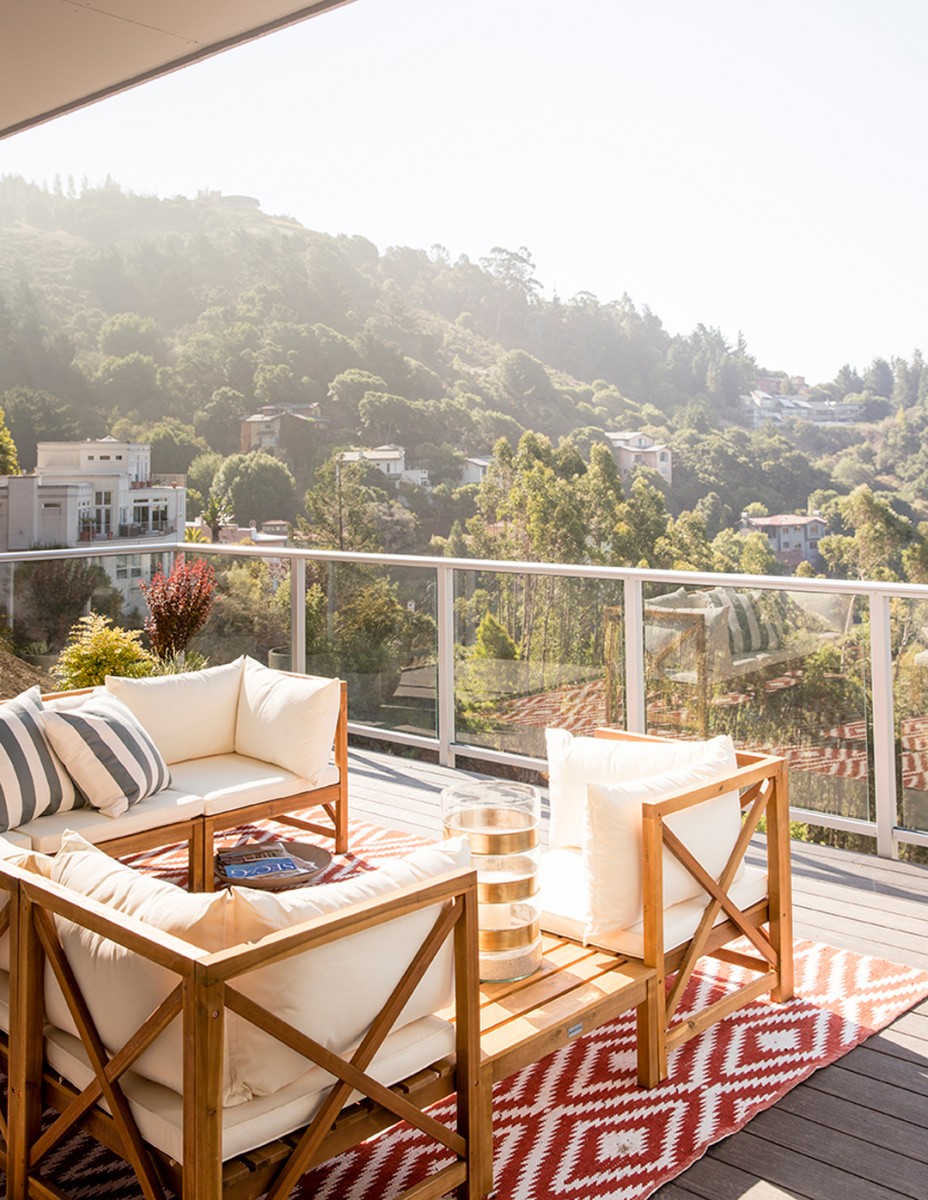 The largest deck on the lower level of the house. This space is perfect for entertaining, or enjoying a glass of wine which we did post tour! 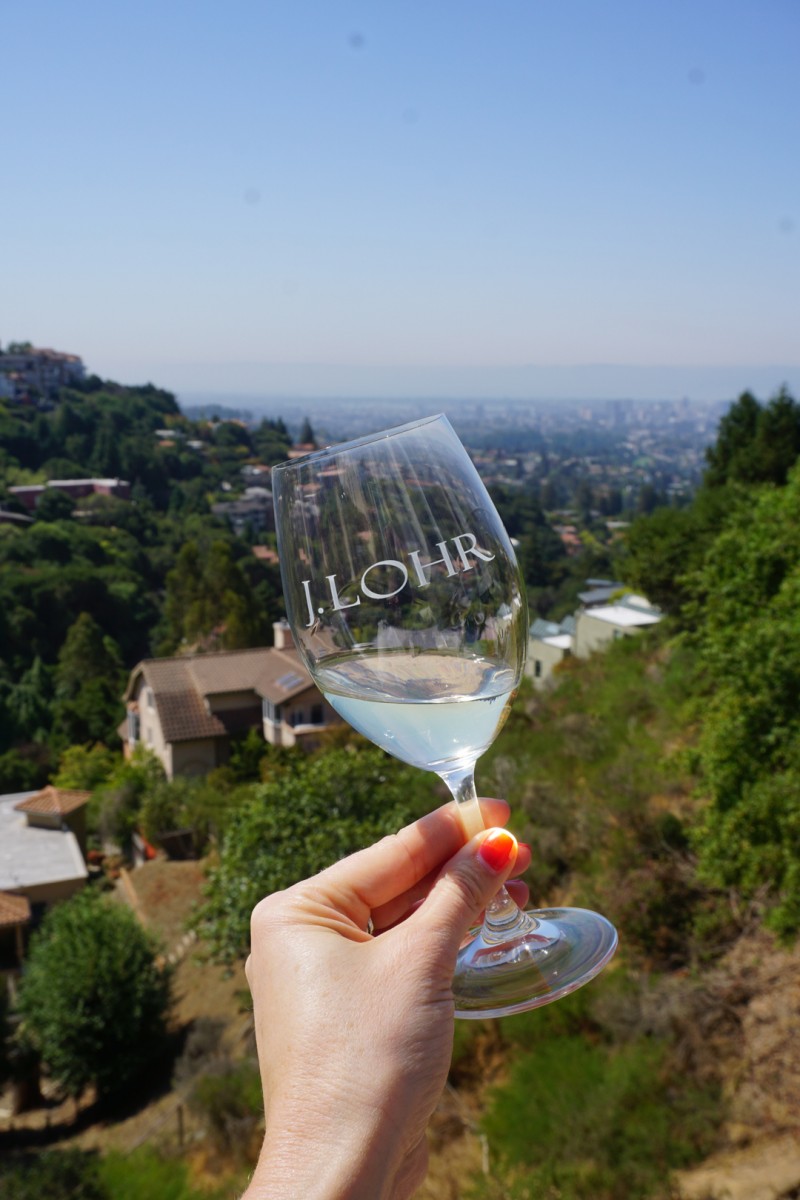 So great to see the J Lohr Wine Team again. It was lovely to meet their winemaker and have such a refreshing crisp white wine on a hot California summer day!

Thanks for the Sunset Magazine team for inviting me to this press preview and sharing your gorgeous 2016 Design Idea House. It truly is spectacular.