During a recent trip to Morocco I had a 48 hour stop in Casablanca. I had heard that Casablanca is the least beautiful large city to see in Morocco, with not many tourist attractions as it’s more of a commercial business city. I have to say after spending 48 hours visiting, I agree with what I had heard. So, after seeing the two major sites, The Hassan II Mosque & La Cathedral de Casablanca I did what any other foodie would do. I found out where to Eat in Casablanca!

After much research, including reading Conde Nast, Travel & Leisure, Food & Wine amongst other publications and local food blogs and having only one night to dine during the visit, there were two must try spots. The first is Rick’s Café which is legendary because of the movie Casablanca. Rick’s is also owned by an American woman (wahoo, I love to support other women especially Americans!). The second restaurant I kept reading about was La Bodega Casablanca. La Bodega is a Spanish Tapas Bar that is known for it’s tasty food and great nightlife scene. Sold! 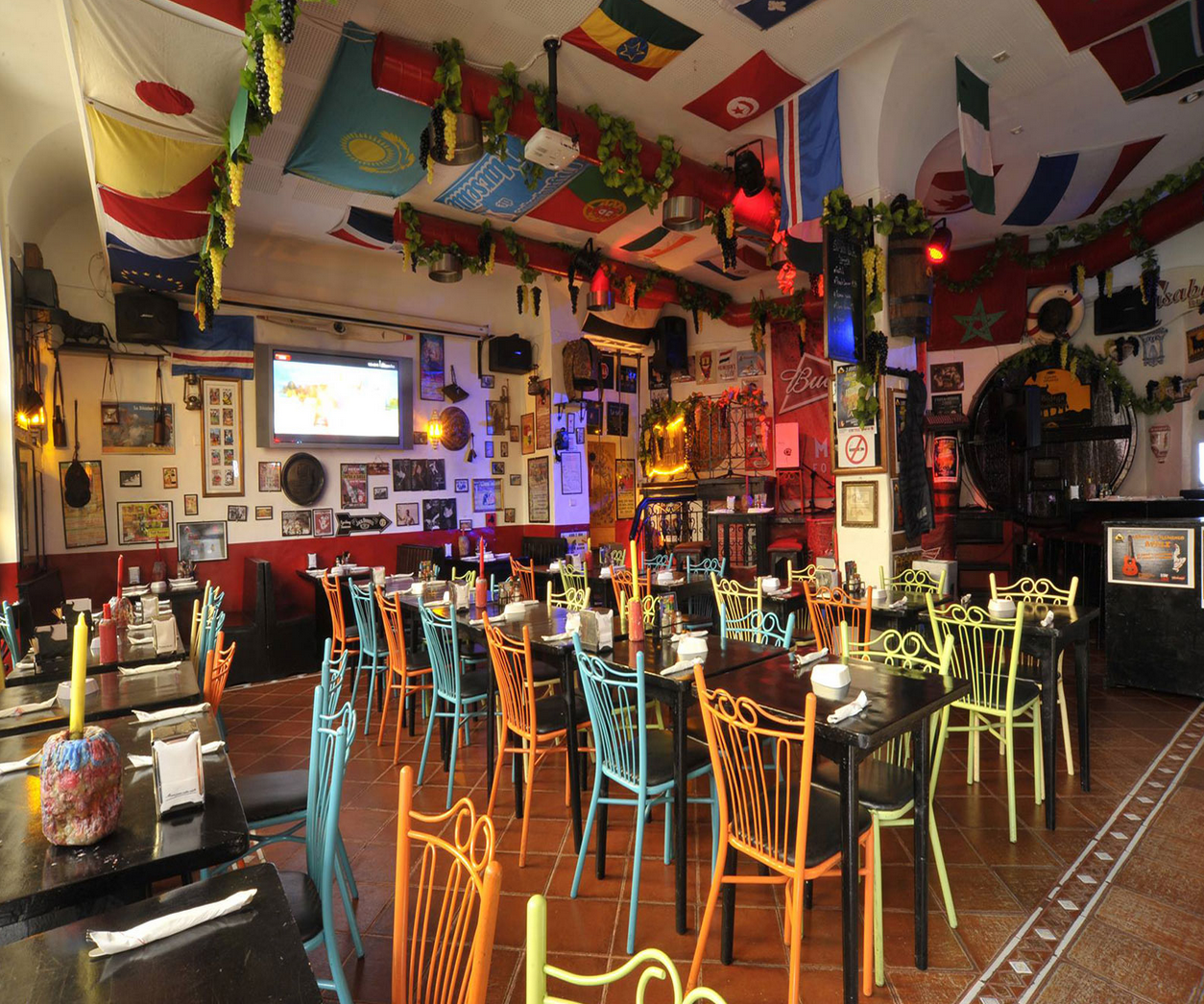 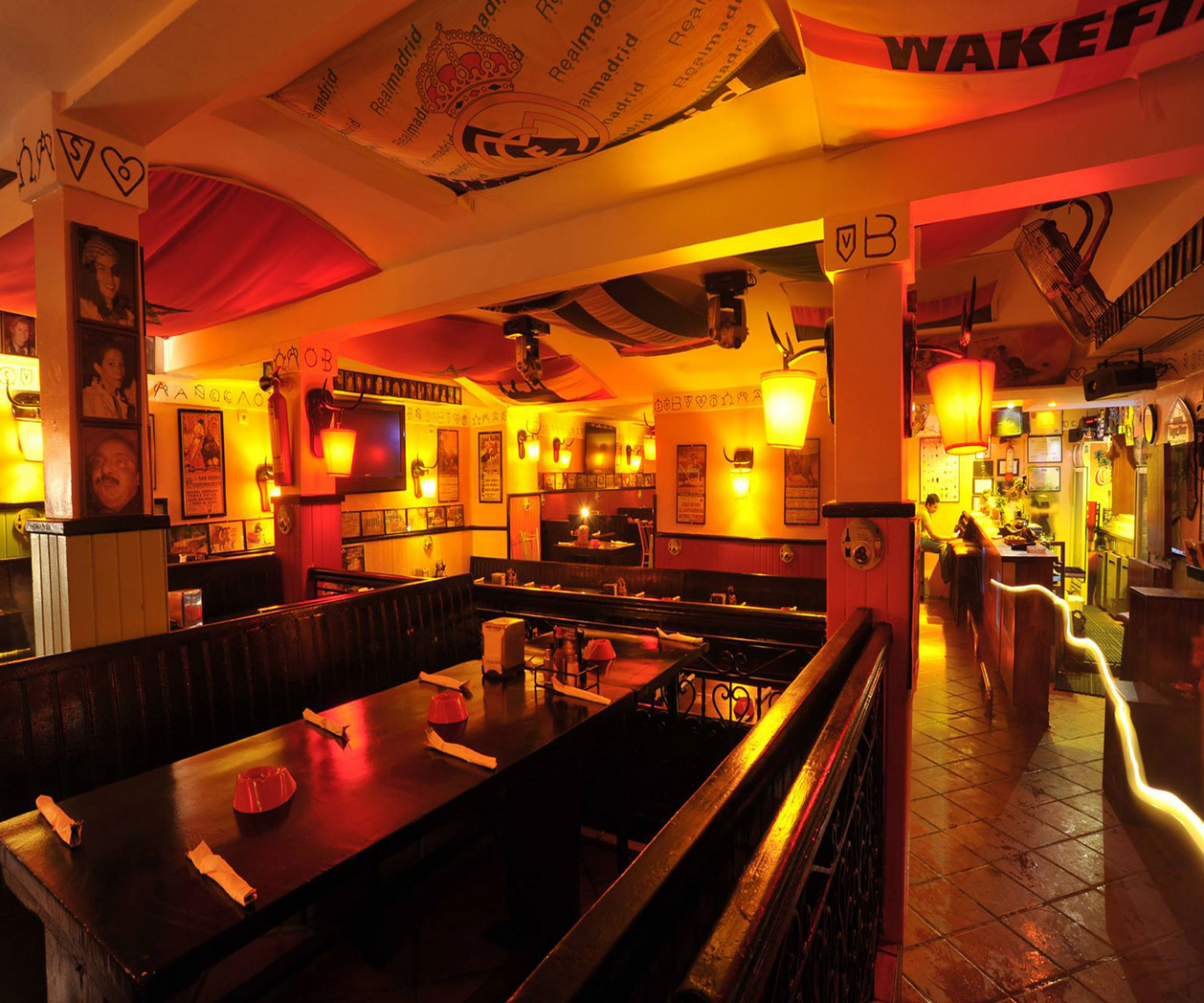 I had reached out to La Bodega alerting them I was a writer and would be visiting. They were very welcoming and helpful coordinating the visit. After having a cocktail and a light bite at Ricks Café Katherine and I ventured to La Bodega. We were excited to see that it was around the corner from our hotel, The Sheraton. Yes, I am a Starwood girl and so is Katherine so no surprise we stayed with Starwood in Casablanca. We arrived around 8:45pm and the restaurant was approximately half full. We met David the owner and were given a tour of the restaurant and the two bars below in the basement. At the time, the two lower level bars were empty but we were told in an hour or so they’d fill up. 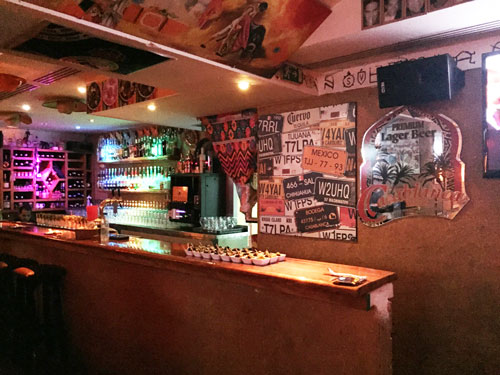 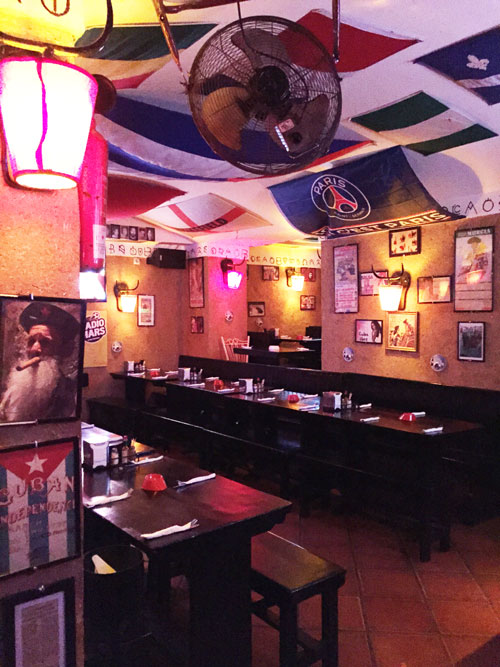 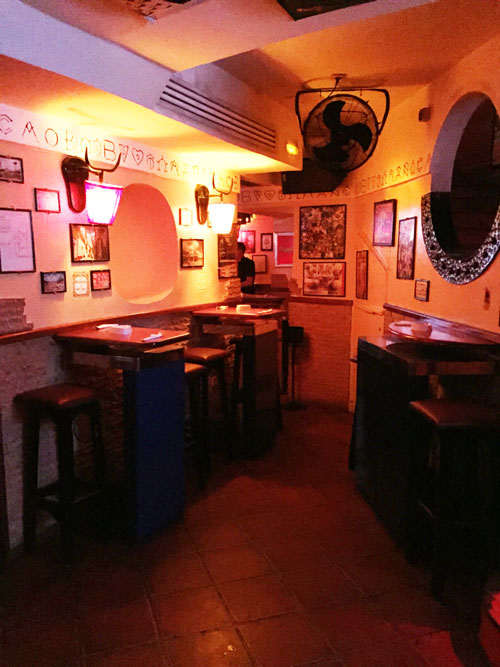 As promised, throughout our meal guests arrived to the restaurant heading straight to the lower level bars. Having read that most people out at bars are men (remember Morocco has a large Muslim population where women don’t go out much, especially single women in the evening) we were surprised to see an equal amount of women, mostly girls in their 20’s – 30’s. This is good to know for any women travelers looking for a safe, comfortable, lively spot to go out in Casablanca as most bars are mostly men. As a woman traveler (and non local) you’ll see some parts of Morocco are quite intimating and uncomfortable for women as you’re mostly amongst men. Even walking around Casablanca during the day observing the local tradition of enjoying coffee throughout the day at cafe’s, we rarely spotted women enjoying this,  just men. Of course, during a mid day afternoon break Katherine and I ventured to a café for some R & R (also while waiting for the Mosque’s Prayer to finish so we could attend the tour). We were treated well and felt perfectly safe, however, we were the only two women at the cafe, with all men. It is quite an ususual experience so something to expect if you visit Morocco especially as two women traveling without men.

Back to La Bodega where the dining experience was great! Katherine and I shared a few Tapas; the Garlic Shrimp and Potatoes Bravos. Both were good with generous portions. Having enjoyed Tapas in the United States the Tapas in Morocco were good, but defiantly not as flavorful. The Garlic Shrimp had mild amounts of Garlic, with subtle flavors. The Potatoes Bravos were good but like I said I prefer a bit more flavor and garlic. This could be a cultural cooking difference and preference towards less garlic than what I’m used to.  The real winner here were the cocktails! Both Katherine and I enjoyed Mojitos which were delicious. A special thanks to David the owner of La Bodega for generously buying our drinks! He also sent us home with a security guard to escort us (just to be safe). What a thoughtful host and gentleman. Ladies & gents, be sure to check out La Bodega when visiting Casablanca. Ladies I promise it will be one of the few bars (except maybe a hotel bar) where you’ll feel comfortable, enjoy great food and a lively bar scene. Have fun and be sure to try the amazing Mojitos! Rue Allal Ben Abdellah, Casablanca, Morocco. +212 5225-41842. 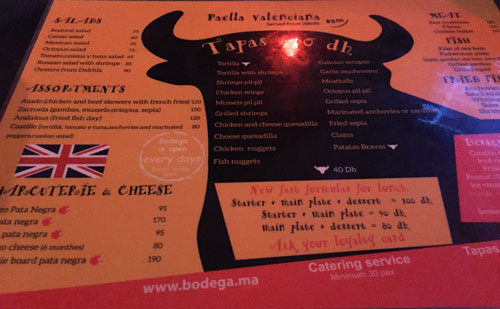 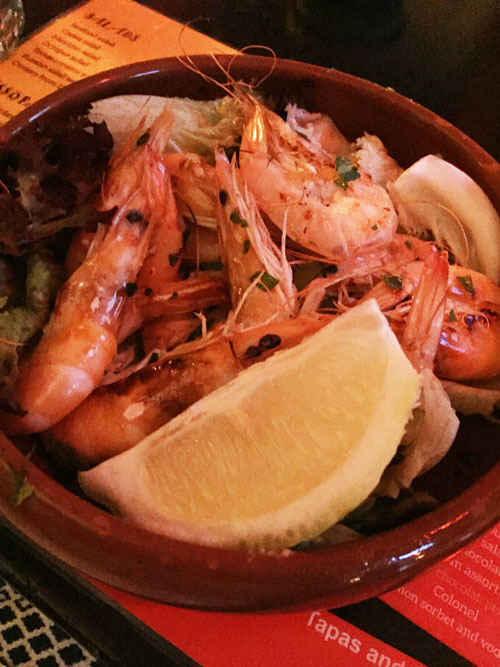 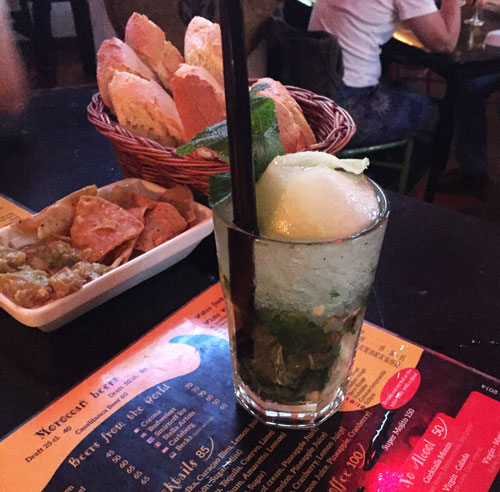 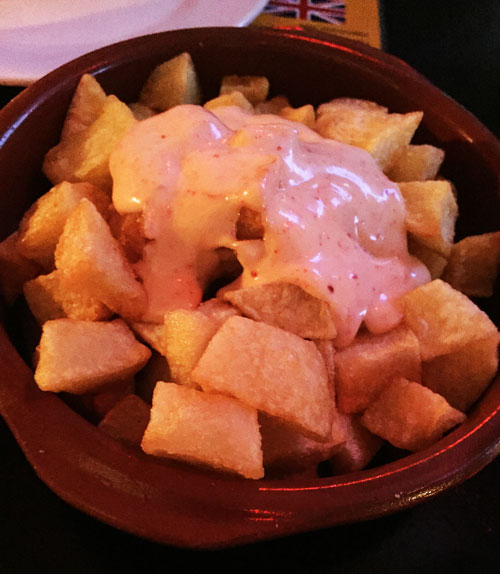 DISCLOSURE: Emily, The JetSetting Fashionista enjoyed complimentary drinks during this visit. However, Emily was not paid to write this post and only write posts or features about food, hotels, products or destinations that she personally enjoys and proudly endorses and wants to share with her readers. All opinions expressed are her own.